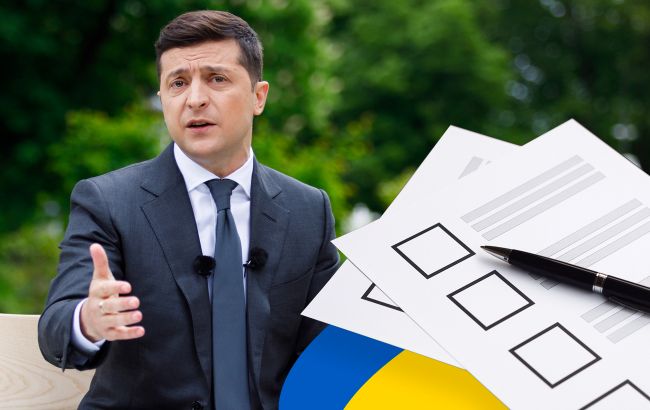 Last week, the situation in the combat zone was calm. On October 25, Ukrainian troops recorded one ceasefire violation by Russia-backed militants. In the evening, they fired from hand-held antitank grenade launcher near Avdiivka.

Deputy head of the faction “Servant of the People” Yevhenia Kravchuk, in a comment to UNIAN news agency said that the information that the MPs had collected will be put together. “We will collect and systematize it, and will then produce a comprehensive analytical report on a variety of issues,” Kravchuk said adding that some issues might require filing of requests to the government.

President Zelenskyi appeals to the UN. Marking UN’s 75th anniversary, President Zelenskyi met with the UN System Resident Coordinator in Ukraine Osnat Lubrani. The President called on the UN to jointly develop an action plan to rebuild Donbas after it is de-occupied, and to participate in a project for potable water supply in the region.

“We would like to draw your attention to an important project that we’re having difficulties implementing with the government budget only. It is about potable water in Donbas. To remind, ‘Voda Donbasu’ (‘Water of Donbas’, a municipal water utility – edit.) supplies water in Donbas – not only in the government-controlled part, but also in the temporarily occupied area,” Zelenskyi said.

Local elections in Ukraine: what you need to know

On October 25, local elections were held in Ukraine. These are the first elections under the new voting system and the first elections after the decentralization reform started. Thus, compared to the 2015 election, more resources and decision-making freedom will be at hand locally.

Live updates of the voting results and vote counting progress were made available in English by UkraineWorld at the link.

As of this writing, exit poll results and voter turnout are known.

Low voter turnout. Voter turnout at the 2020 local elections is quite low – about 36-37 per cent, the 2015 turnout was 46.5 per cent. The data is provided by the Civil Network OPORA and the Central Election Commission.

According to OPORA, voter turnout at the October 25 election was 35.94 per cent. A higher turnout was recorded both at the 2015 local elections – 46.5 per cent, and at the parliamentary election last year – 49.3 per cent. Western Ukraine recorded the highest voter turnout.

Sociological group “Rating” held a telephone survey (CATI method) interviewing 1,200 people that did not vote, in an effort to find out why.

In Kharkiv, Hennadiy Kernes wins the mayoral election in the first round, the exit poll commissioned by the Studio of Savik Shuster and “Ukraina 24” channel suggests. In Dnipro, Borys Filatov is leading the race, possibly winning outright in the first round.

In Lviv, actual mayor Andriy Sadovyi and Oleh Syniutka of “European Solidarity” party (Yevropeiska Solidarnist) qualify for the second round.

President’s five questions: how Ukrainians answered. Thirty three per cent of voters refused to participate in the nationwide survey of President Zelenskyi. Voters of “European Solidarity” were the largest group to turn down on it, 73 per cent refused to be surveyed, and 23 per cent agreed to answer.

Voters of the “Servant of the People” party were most active survey participants – 63 per cent vs 37 per cent, director of the Sociological Group “Rating” Oleksiy Antypovych is quoted as saying.

According to “Rating’s” exit poll, here’s how Ukrainians answered the five questions.

Eighty-one per cent said yes to life sentence for large-scale corruption, while 16 per cent disagreed.

Over 95 per cent said the number of MPS should be cut to 300, while four per cent disagreed.

Seventy per cent said they support legalization of medical cannabis to reduce severe pain in patients, 24 per cent are against.

Seventy-eight per cent of the surveyed said Ukraine needs to claim internationally its security guarantees under the Budapest Memorandum, while 10 per cent disagreed.

The diplomats said they were also hopeful that the 18 communities that could not vote at the local elections will be able to exercise their right the soonest possible.

To remind, local elections were not held in some of the communities in Donetsk and Luhansk regions, based on the submissions that civil-military administrations presented to the Central Election Commission. Obviously, no elections were held in the occupied territory either.

As of Sunday October 25, Ukraine recorded 5,426 new coronavirus cases. Also, 1,029 patients had recovered and 73 had died of Covid-19 complications.

Situation in the occupied territory. The territory beyond the government control in Donbas is also observing a spike in coronavirus infection, while the actual number of cases is unknown. Occupation administration in the “DPR” reported a total of 5,200 infections and over 340 deaths. “LPR” claimed over 1,300 total cases and 64 deaths. Since September, the numbers doubled. Daily new cases also increased two- to threefold.

Analyst at the Donetsk Institute of Information Vitaliy Syzov said that tight restrictive measures had not been introduced in the occupied territory: public transport, companies and retailers never ceased operation, while mask-wearing and social distancing was not widely practiced or controlled. He said it intensified the coronavirus spread causing highest-ever infection totals.