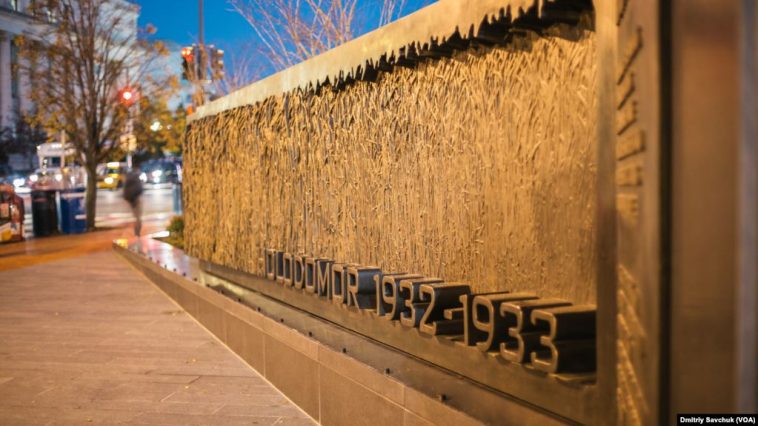 On November 25, on the outskirts of Avdiivka a Ukrainian serviceman was fatally wounded by a hostile sniper, he died in hospital.

“No one gave Ukraine an ultimatum; it’s rather that Ukraine started to talk to Russia in a stricter way,” Harmash noted.

Representatives of the Russian delegation to the Trilateral Contact Group spoke in a sharp tone, the spokesperson for the Ukrainian delegation to the Group, Oleksiy Arestovych told “Apostrof TV”. He said Russia seeks “to completely destroy the Minsk agreements and the Normandy format”. It all started when Leonid Kravchuk protested (to the Russian delegation) over the death of the Ukrainian soldier killed by a Russian sniper. Kravchuk wanted the OSCE Special Monitoring Mission to Ukraine to engage into the investigation of the incident, he also demanded that the Russian side holds the investigation and brings those liable to justice.

“The tones immediately grew sharp, that’s how they had probably planned it. They started saying: Ukraine, confirm in writing that you leave the Minsk agreements, now. Are you ready for the escalation, and all the consequences? It went on like that,” Arestovych proceeded.

Holodomor as a genocide: what Ukrainians think

On the fourth Saturday in November, Ukraine commemorates the victims of the Holodomor – a series of famines that hit Ukraine in the 20th century. The deadliest one was in 1932-1933. At least 3.9 million Ukrainians died of starvation. Victims across the Soviet Union near seven million.

Almost two dozen states recognized the Holodomor as a genocide against Ukrainians. Still, the issue remains subject to heated discussions in academic circles and political debates, while some countries, particularly, Russia deny the genocide.

A majority of historians agree that the famine of 1932-1933 resulted from the forced requisition of grain, a repressive policy that the Soviet authorities undertook against the peasantry.

Debates on the number of victims. Ukraine’s Institute of Demography and Social Research developed a methodology to assess Ukraine’s losses caused by the Holodomor of 1932-1933, based on demographic statistical analysis of the data. The researchers recreated the population dynamics in Ukraine between 1926 and 1939.

The Institute said the Holodomor victims were 3.9 million, the number is considered science-based.

The survey was held between October 29 and November 4, 2019 embracing 3,000 respondents. The margin of error does not exceed 1.8 per cent. The Day of Remembrance for Holodomor Victims was started in 1998 by a decree of then President Kuchma. Since the early 2000s, light-a-candle action has been practiced on the day.

The surveys show that in Ukraine, support to recognition of the Holodomor as genocide keeps growing.

Academic and political debates. Historians and politicians are not unanimous on whether genocide can apply to the Holodomor as a legal term cemented by the UN Convention on the Prevention and Punishment of the Crime of Genocide.

Even tough back in 1953, Dr. Raphael Lemkin who coined the term and initiated the Convention, said that the “destruction of the Ukrainian nation” is “a classic example” of genocide.

The Holodomor was recognized a genocide of Ukrainians by 16 nations – Australia, Ecuador, Estonia, Canada, Colombia, Latvia, Lithuania, Mexico, Paraguay, Peru, Poland, the US, Hungary, Portugal, and the Vatican.

Eight more states – Andorra, Argentina, Brazil, Spain, Italy, Slovakia, the Czech Republic, and Chile condemned the Holodomor as an act of mass extermination or commemorated millions of the victims.

Russia recognized that the famine was caused by forced collectivization, but said other territories within the USSR had suffered too. “The tragedy does not match the internationally recognized criteria of a genocide, and should not be subject to modern political debate,” a statement by Russia’s State Duma reads.

Documents adopted by the UN, UNESCO, and PACE on Holodomor do not bear the word “genocide” either. The resolution of the European Parliament of 2008 calls the Holodomor “an appalling crime against the Ukrainian people, and against humanity.” The resolution also references the UN Convention for the Prevention and Punishment of the Crime of Genocide.

On November 26, at Ukraine Crisis Media Center, the Ukrainian Institute and One Philosophy consultancy presented the results of a survey they commissioned to see how European media covered key events of the 20th century through 2018-2019 that marked Ukraine’s role globally.

The Corestone Group applied content and contextual analysis on over 7,300 pieces in 44 media outlets in the UK, Germany, France, Poland, Ukraine, and Russia that highlighted the Holodomor, World War II, the Chornobyl disaster, democratization in former Soviet Republics, Ukrainian avant-garde and the Executed Renaissance.

Follow the link for more information on the survey findings.

The feature-length documentary “This Rain Will Never Stop” by Ukraine’s Alina Horlova won the Award for Best First Appearance at the International Documentary Film Festival Amsterdam (IDFA). The 20-year-old protagonist, Andriy Suleiman, was born in Syria to a Kurdish father and a Ukrainian mother. Fleeing from the war, the family moves to eastern Ukraine that after a while also becomes theatre of war. The black-and-white doc follows Andriy on his journey in Ukraine as a Red Cross worker, to Germany and Iraq where he visits his uncles, and finally to Syria, in what appears to be his father’s final journey. The film is co-produced by Ukraine, Latvia, Germany, and Qatar.

“This is not the sort of walk-a-mile-in-my-shoes documentary designed to evoke empathy for one person’s individual plight. Instead, it’s a brave and uncompromisingly artistic attempt to outline the contours of a much larger, perhaps species-wide soul sickness: the psychological and philosophical displacement that war churns up in its wake,” the “Variety” review reads. Critically acclaimed is also the doc’s cinematography by Vyacheslav Tsvetkov. Check out the film’s trailer and the IDFA jury statement.

Lockdown prospect nearing. Prospects of the government imposing a national lockdown are being actively debated. Head of the parliamentary faction “Servant of the People” (Sluha Narodu) Davyd Arakhamia said there is a 90 per cent chance that a tight lockdown would be imposed to slow the coronavirus spread. He added that the government is preparing a plan to introduce a “smart lockdown”.