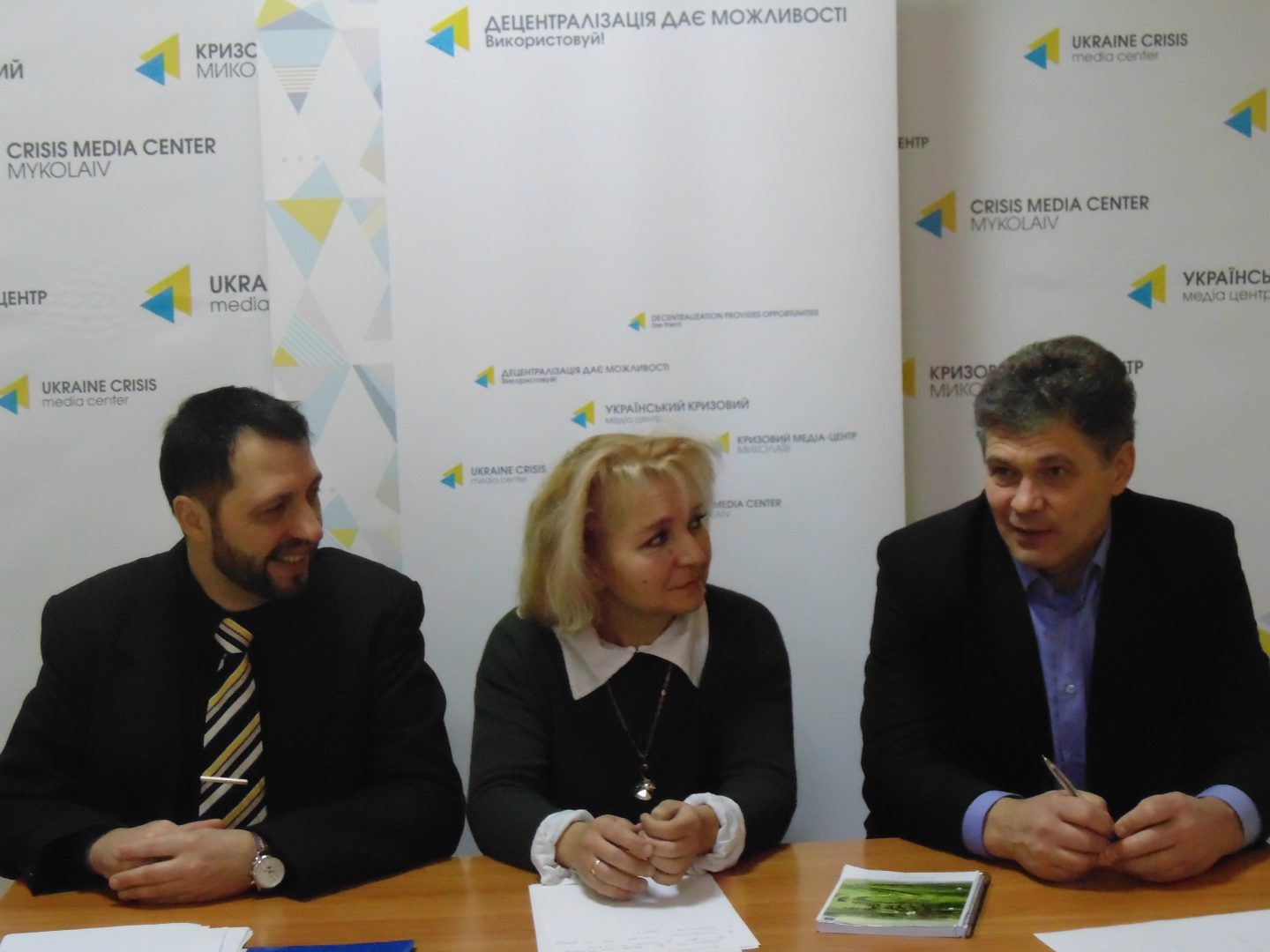 Mykolayiv, December 2, 2016. Twenty united territorial communities were formed in Mykolayiv region in 2016. Nineteen of them will hold elections in December. This was announced by Valentyn Boyko, Director of Mykolayiv Regional Office of Reforms, at a briefing held at Crisis Media Center (CMC) Mykolayiv.

The most active process of the formation of united territorial communities (UTCs) is observed in Vitovskyi (3 communities), Mykolayivskyi (5 communities), Bashtanskyi (1 community, but urban and strong) and Voznesenskyi districts (3 communities). “The conscious decision to unite was adopted by 74 village and town communities out of 313 existing in the area. So every fourth Mykolayiv community wants to live in a new dimension now. This applies to 153 thousand people who live in rural areas. According to the dynamics of forming united communities in 2016, Mykolayiv region is among the top five after Zhytomyr region,” said Valentyn Boyko.

Kutsurubska community (Ochakiv district) continues developing and integrating. Its territory enlarged from 223 to 850 square kilometers due to the four neighboring communities joining the community voluntarily. “This is the first time in Ukraine when a community moved beyond the plan and showed a healthy expansion on adjacent areas,” stressed the Director of Mykolayiv Regional Office of Reforms.

Tetiana Zolotukhina, expert in Budget and Finances, NGO “Mykolayiv Fund for Development” informed about the challenges that will face the new UTCs. In particular, they will switch to direct relationship with the state budget and implementation of MBO (Management by Objectives). That is, communities will have to learn to plan the result of application of the budget funds rather than their expenditures. “The main component of MBO is the presence of the new budget program element, which contains its performance indicators (costs, efficiency, and quality). All these figures should be substantiated,” informed Ms. Zolotukhina.

At the same time, Art. 116 of the Budget Code of Ukraine stipulates that entering false data in the budget documents is a violation, which entails administrative liability. If losses due to false data are severe, the Criminal Code of Ukraine shall be applied. “The main issues for financial authorities of UTCs and their leaders will be to identify the reliability of indicators and to find the output data for each budget program, which will be implemented in the reporting year,” summarized the expert.

According to Oleksandr Dudyuk, expert in decentralization, there are good chances that the new UTCs will become capable soon. “Today the people have a more positive attitude to the reform as compared with the last year. However, there are still many skeptics and opponents.” In his opinion, there should not be a delay any longer. So, decentralization, i.e. the transfer of authorities and funds to the local level is the only correct way out.