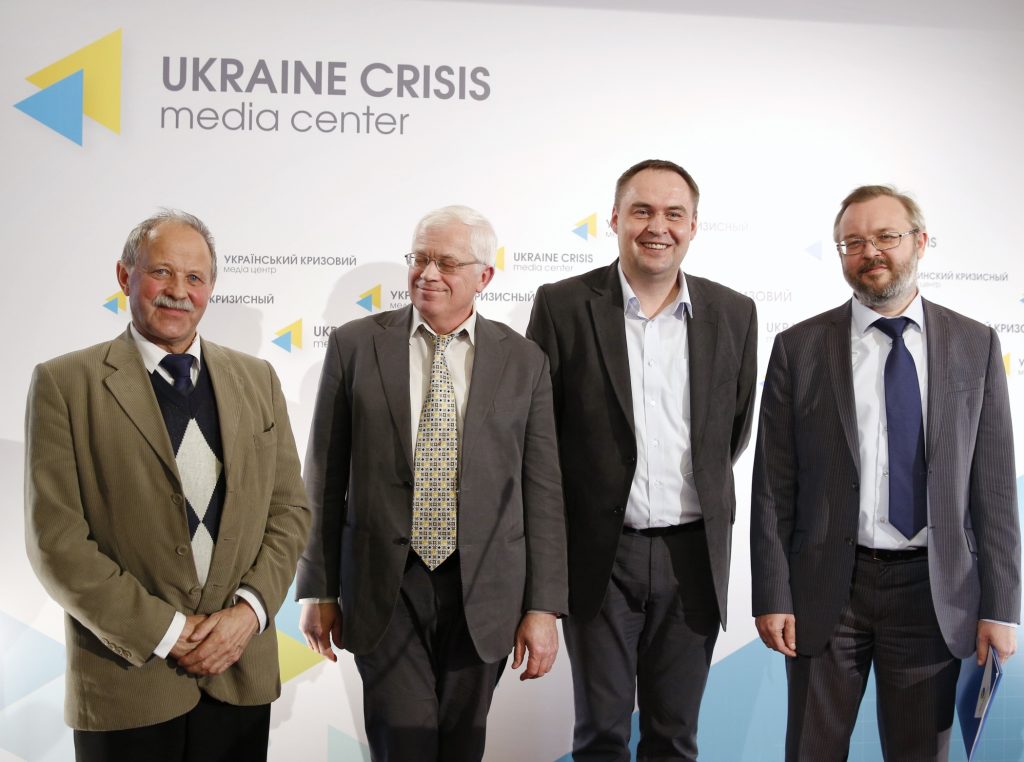 Kyiv, April 22, 2014 – Director of the Institute for Strategic Research “New Ukraine” Andriy Yermolaev and other analysts of the Institute have presented analytical work at a press briefing at the Ukraine Crisis Media Center. This work is devoted to possibility of anthropogenic disaster due to terrorist risks against the background of crisis events in Ukraine.

Andriy Yermolaev reminded that Ukraine is going through another phase of revolutionary crisis resulting in lack of control in the regions. “In this context, we have to remember that Ukraine is a highly industrial country with thousands of objects and each of them has its complicated technical structures”, he said. According to director of New Ukraine, continuous work of such objects is critically important. Negative consequences of accidents at such anthropogenic dangerous objects might put at risks the lives of thousands people. These objects include mining and water infrastructure and chemical industry and a lot of other objects. And in the regions, where serious civil strain happens, there are hundreds of such objects.

“One has to admit that current authorities do everything possible to secure these objects” says the expert. But in his opinion, we have to draw attention of both authorities and other participants of civil conflict to the fact that we live in a country where every careless step or crude act might bring additional threat to both the region and the whole territory of Ukraine. Director of New Ukraine announced that current research was conducted by the Institute jointly with National Institute of strategic research under the President of Ukraine and the Institute of Telecommunications and Global Information Space of the NAS.

Doctor of Engineering Sciences, environmental specialist Evgeny Yakovlev, said that the density of anthropogenic objects is extremely high in such regions as Donbas. He is sure that special groups consisting of experts and analysts have to be created today in order to develop scenarios and assess risks.

The expert Serhiy Kondratov mentioned that the level of terrorist threats towards dangerous objects increases while a lot of things have been done in Ukraine last years in this sphere in.

Director of the Institute for Strategic Research New Ukraine Andriy Yermolaev summarized that continuous and reliable work of dangerous objects is extremely important today that is why central and local authorities have to pay special attention to this issue.