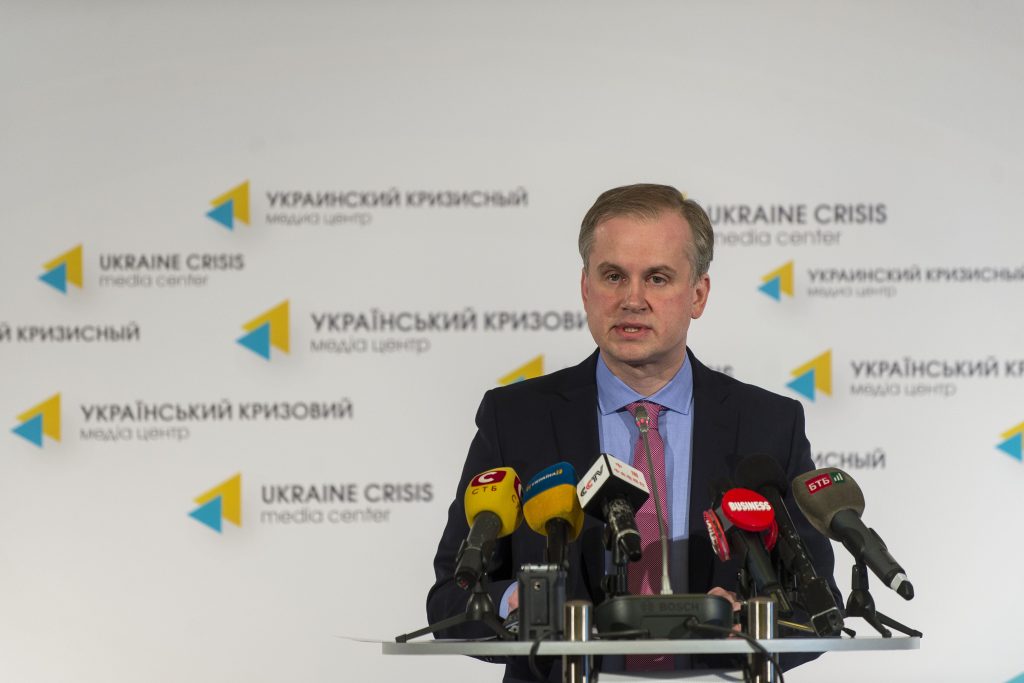 Kyiv, May 6, 2014 – Danylo Lubkivsky, Deputy Foreign Minister of Ukraine, at a press briefing at Ukraine Crisis Media Center stated that setting the the OSCE inspectors free was a result of coordinated plan and efforts of Ukrainian authorities, OSCE Mission and international mediators. “That’s a clear example how the Geneva agreements should be implemented if there is a strong political will, and Geneva process should continue. Ukraine fulfills its part of obligations. Protesters vacate public buildings”, said Deputy Foreign Minister, “It is essential that independent mediators assess efforts of parties in fulfillment of the agreement”.

Commenting on the upcoming May 25th election, Mr. Lubkivsky said he was confident that the elections would be conducted in such a manner so that preserve security of voters, observers and election officials. While dialogue with all regions of Ukraine is underway and must be reinforced, and official Kyiv confirmed several times that it is ready to discuss the future model of local government, Mr. Lubkivsky noted that they will not engage in conversations with terrorists. Instead, suggested Deputy Foreign Minister, the government called upon Ukraine’s civil society to contribute to the process of national dialogue and to consider initiating a forum of national unity – with participation of public opinion leaders, representatives of different confessions and national communities, local elites, business and academia.

Mr. Lubkivsky also noted that Minister Deschytsia participated in the Council of Europe ministerial in Vienna, with situation in and around Ukraine being part of a wider discussion on human rights, rule of law and current political shifts in Europe. Developments in and around Ukraine will be on the agenda of the Foreign Affairs Council of the European Union on May 12. On May 13, Prime Minister Yatsenyuk and the members of the Cabinet will hold joint meeting with the European Commission in Brussels, and on May 7 Deputy Secretary General of the United Nations for Political Affairs Jeffrey Feltman is to arrive in Ukraine with aim to promote stronger involvement of the Organization in de-escalation of the situation around Ukraine.

Finally, Mr. Lubkivsky stated that Ukraine welcomes the IMF approval of $ 17 billion package as two-year Stand-By Arrangement, this decision being a result of trust in Ukraine’s reform plan and determination of the Government to bring about real change.