Kyiv, May 16. 2015. Pro-Russian militants of the so-called “LPR” have denied access to the OSCE monitors to the 2-kilometer zone on the border with the Russian Federation. The “LPR Cossack” commander in Sverdlovsk has announced that all border checkpoints between Ukraine and Russia have been transferred to the hands of the “LPR” members, while the freedom of movement for the observers will be limited to the territories 15 km away from the border. Col. Oleksandr Motuzyanyk, spokesman of the Administration of the President of Ukraine on ATO related issues, delivered the news during the press briefing at Ukraine Crisis Center. 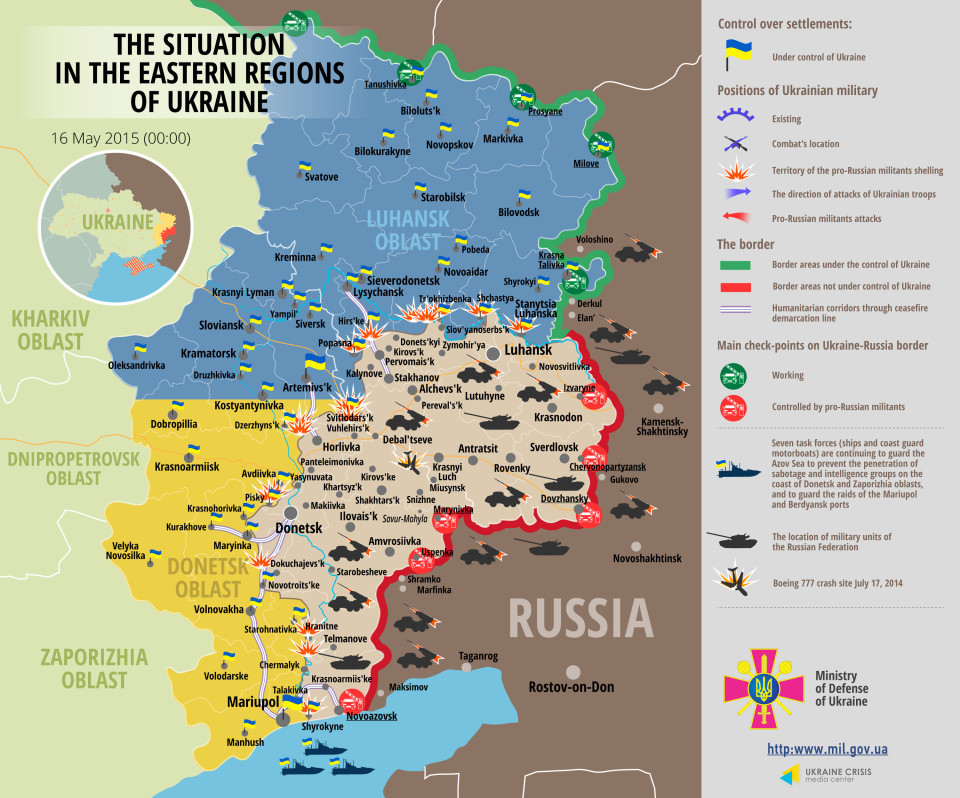 Most ceasefire violations occurred in the area of the Donetsk airport and in the outskirts of Horlivka, as well as in the areas around Shyrokyne, Shchasrtya and Stanytsia Luhanska.

One Ukrainian serviceman was killed in action and three more got wounded in the last 24 hours.

Ukraine’s Security Service successfully deactivated an explosion, which was planted on the railway in Dnipropetrovsk region. Local residents noted the suspicious item, which helped the operatives to prevent another subversive act.

President Petro Poroshenko has posthumously awarded 220 servicemen and policemen who have sacrificed their lives, defending the territorial integrity of Ukraine. Families of the heroes received a range of state awards, such as the Order of Bohdan Khmelnytsky (third-class), Order For Courage (third-class) and Order of Danylo Halytsky.