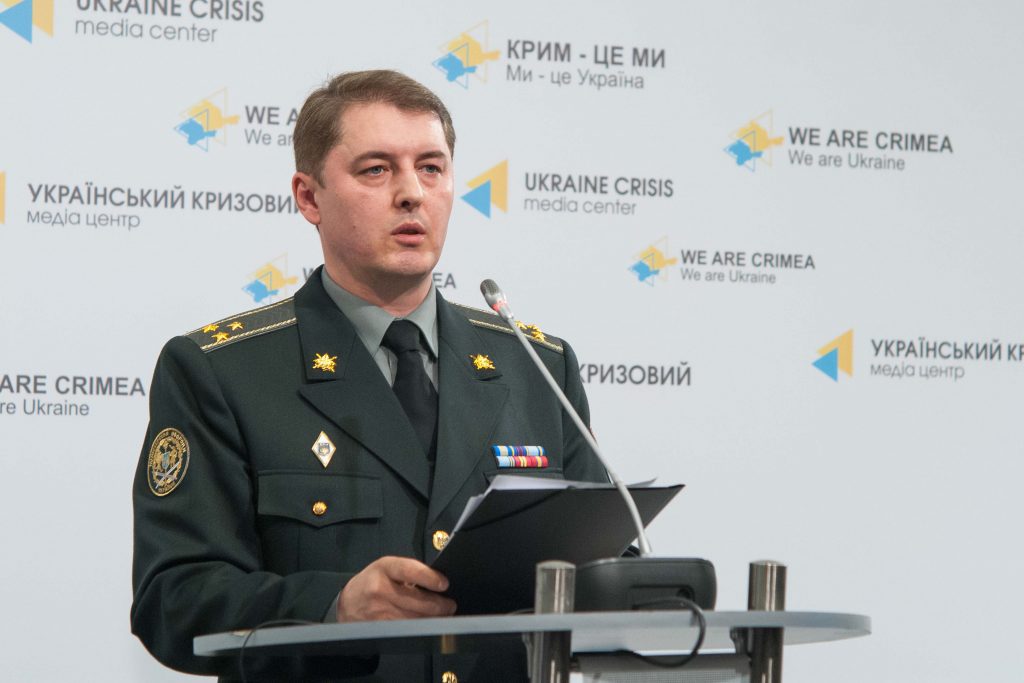 Kyiv, May 31, 2015 – Militants and enemy’s raiding reconnaissance groups are becoming more active. “Ukrainian border guards discovered six armed militant raiders who were trying to get to Tryokhizbenka. Owing to our troops’ coordinated operation, the militants were made to retreat beyond the demarcation line towards Krasnyi Lyman”, – said ATO spokesman of the President’s Administration Colonel Oleksandr Motuzyanyk during press-briefing at Ukraine Crisis Media Center. Shchastya, Stanytsya Luhanska and Tryokhizbenka still remain flash points. Pro-Russian militant groups caused armed provocations nearby Popaska, Kirove and Zolote, and there were military clashes in the vicinity of Troyitske and Lozove. 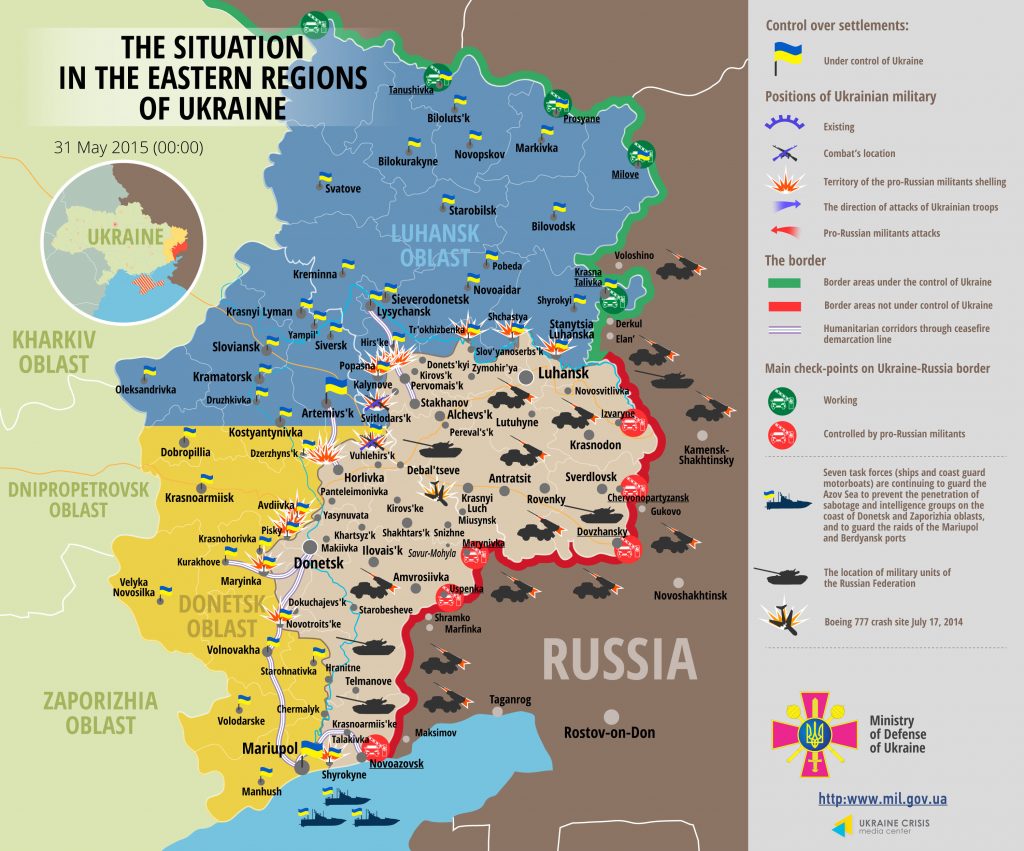 Shyrokyne settlement remains the only place of the fighting in Mariupol direction.

Three enemy’s pilotless aircrafts were spotted in the past 24 hours.

One Ukrainian serviceman died as a result of combat activity and another one was injured in the past 24 hours.

The situation on temporarily occupied territories is drastically deteriorating. “Leaders of so-called DPR announced that they lack funds to pay the debts on wages to miners of DonbasAntratsyt State Enterprise in Luch town of Luhansk region captured by the militants one year ago. Now all 4 thousand employees of the enterprise are going to be dismissed”, – said colonel Motuzyanyk. Members of pro-Russian illegal groups launched a campaign on persecuting people on the basis of fabricated cases to suppress any resistance and social unrest.

The Security Service of Ukraine detained a raider in Kyiv, who was trying to organize a so-called “march of white kerchiefs” funded by former authorities and intended to commit a terrorist act in the course of the march. The detainee was the head of “investigating force” of pro-Russian militants’ formation “Leshiy” from May to July 2014, which functioned in Luhansk region.

On May 30 special services detained four DPR supporters in Dnipropetrovsk. They were preparing attacks at volunteers and members of volunteer battalions. They also planned a terrorist act in the city. 5 РГД-5 grenades, fire arms with munition, communications gear and computer equipment were recovered during search at the terrorists’ apartments