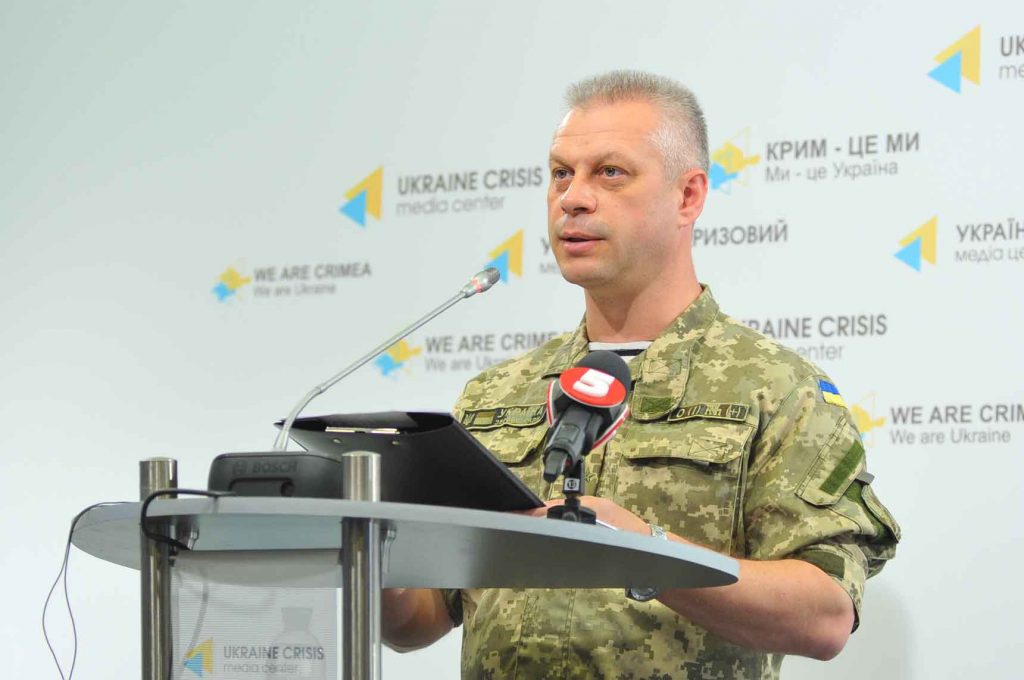 Kyiv, August 15, 2015 – Ukraine’s Security Service detained members of the Russia-backed subversive group who were preparing to blow up a train carrying military equipment on the eve of the Independence Day on August 24, stated Colonel Andriy Lysenko, spokesperson of the Administration of the President of Ukraine on ATO-related issues, at a press briefing at Ukraine Crisis Media Center 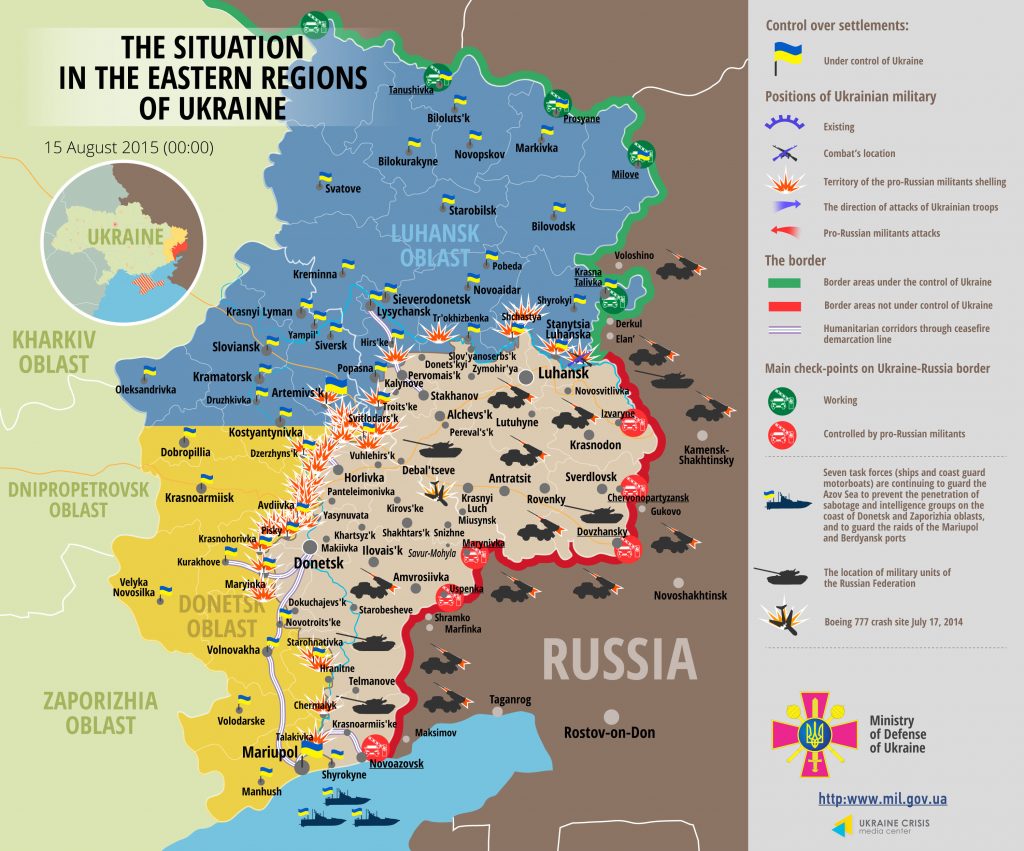 “Saboteurs planned to put a bomb under a railway track on the “Kupyansk-Svyatogorsk” railway in Kupyansk district. The operatives found layouts of critical objects in the region, lists of Ukrainian law enforcers and activists, hand grenades and about a thousand rounds of ammunition during the search,” said Col. Lysenko.

Situation in the ATO area intensified. “Over the last day the Ukrainian troops registered the highest number of attacks by the militants over the past six months. Militants fire at the Ukrainian positions as well as residential districts of towns located near the front line,” said Col. Lysenko.

In the Luhansk sector, the militants did not use heavy weapons. They have attempted to storm the Ukrainian position near the village of Syze, but their attack was repelled. Ukrainian troops stationed near Stanytsia Luhanska, Nizhneteple, Artema, Shchastya, Krymske and Zolote came under fire throughout the day.

According to Col. Lysenko, the military situation in the Donetsk sector remains extremely difficult, as the militants have been violating ceasefire along the entire frontline. Pro-Russian fighters actively used Grad multiple rocket launchers (MLRS) and 152 mm artillery in the region.

Severe situation remains near the Svitlodarsk reservoir as well as in the northern and western outskirts of Horlivka. The militants also use all types of weapons at their disposal near the Donetsk airport, namely multiple rocket launchers, heavy artillery, tanks, mortars, grenade launchers and small arms. Ukrainian positions near Novobakhmutivka, Avdiivka, Opytne, Pisky, Vodyane withstood these attacks.

Also, the militants fired at the city of Avdiivka and Opytne from Grad MLRS. “In particular, Avdiivka coke plant came under fire again as well as several one-storey apartment buildings,” said the ATO spokesperson.

According to Col. Lysenko, both in the daytime and at night the militants attacked Ukrainian troops near Krasnohorivka, Maryinka, Novomykhailivka and Solodke.

Russian proxies have been active in the northern part of Mariupol sector too. The villages of Starohnativka and Novohrihorivka were the major hotpots here. In the southern part of the sector incidents of ceasefire violations were documented near the village of Chermalyk. Militants shelled residential areas of Pavlopil and Andriivka from Grad MLRS in the same area. In the evening, the militant groups attacked positions near Talakivka twice from Grad MLRS and once with heavy mortars. “There were no attacks and provocations near the village Shyrokyne,” said the ATO spokesperson.

Ukrainian Armed Forces did not incur any casualties; two soldiers were wounded in action over the last day.