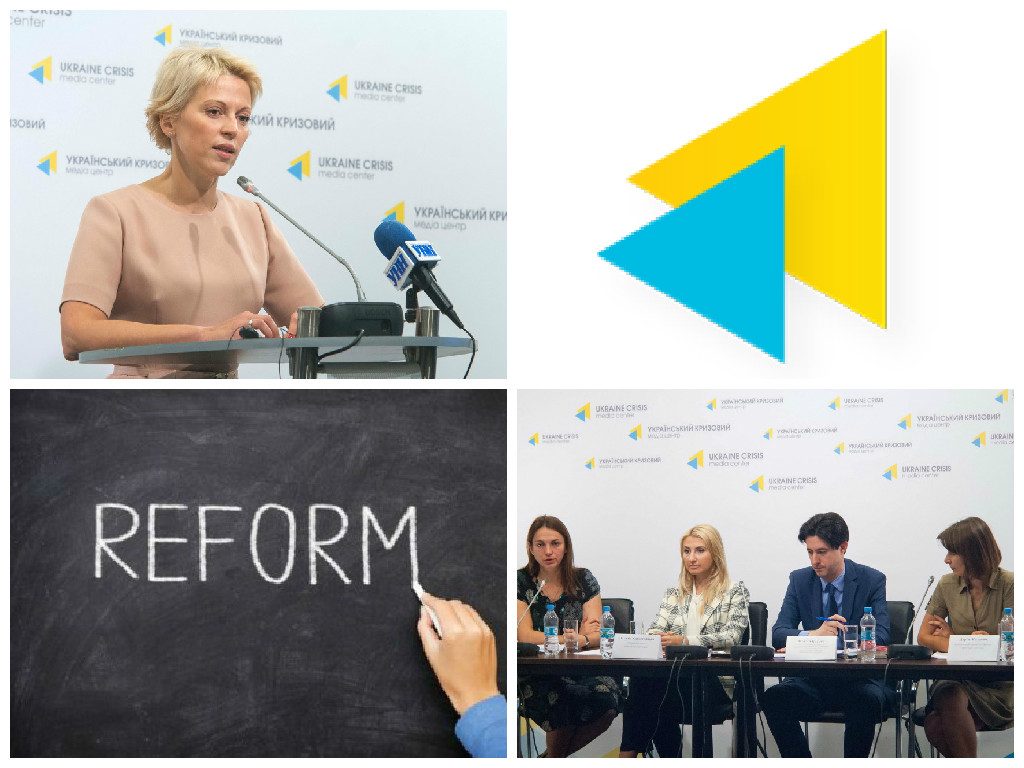 Tax reform. It is high time to cease the endless discussions about models for reforming the tax system. In a week, Finance Minister Natalia Jaresko will present a model of tax system reform to the National Reform Council. This model is a result of the work of 17 industrial platforms and the public. The day before, the Ministry of Finance focused businesses’ attention on a number of important issues that they could still influence by submitting proposals.

The public activists who last week held the All-Ukrainian Forum on issues of tax reform will also present their vision for the new tax reform model to the National Reform Council.

Anti-corruption reform. Cleansing the government of corruption is possible only provided that every official realizes that his corruption may entail not only a loss of his position, but also a loss of his fortune. For this purpose the National Agency of Ukraine for the Investigation and Disposal of Corrupt and Criminal Assets has been established. The agency will be an executive body with a special status, devoid of the bureaucratic burdens inherent in the Ukrainian law-enforcement system. The Cabinet of Ministers agreed to the corresponding draft law at its meeting on August 19, and determined its status as a priority for approval.

Initiatives of the General Prosecutor’s Office, which aims to improve the institutional mechanism for the sequestration of property, should also increase the effectiveness of the anti-corruption struggle. The main idea of these ​​innovations is to shift the focus from the status of the individual to property characteristics so that a corrupt official could not protect his property by transferring it to a third party.

Deregulation. One of the most corrupt sectors of the Ukrainian economy, mineral resources, has a chance to get rid itself of this problem. The Ministry of Ecology and Natural Resources has initiated the simplification of procedures for granting special permits for use of mineral resources in line with European Union directives, which is expected to increase the attractiveness of the mining industry to foreign investors. The corresponding draft resolution should be submitted to the government meeting in two weeks. Tentatively, the new regulations come into effect in early September.

Intellectual Property Rights Reform. Change in the public consciousness is one of the key prerequisites for successful reforms. Respect for property rights, including intellectual achievements, is one of the cornerstones of these reforms. The Ministry of Economic Development and Trade presented a plan of reforms in the field of intellectual property. In particular, it concerns copyright protection on the Internet, regulation of royalty collection for copyright holders, strengthening penalties for violating IP rights, etc. This is quite a positive signal that not only increases the investment attractiveness of Ukraine in the eyes of investors, but also improves the image of the country, which until recently took first place in the world piracy ranking.

Government Procurement. Each example of transparent tendering by administrators of state company budget funds demonstrates the success of public procurement reform and encourages other participants to join in. In this context, the fact that Ukrgazvydobuvannya has joined ProZorro is a significant event, because it is the largest player on the Ukrainian gas market. The company made procurements to the tune of 759,990 hryvnia through ProZorro. The savings amounted to 22%. The next step in the company’s procurement through ProZorro will amount to 100 million hryvnia.