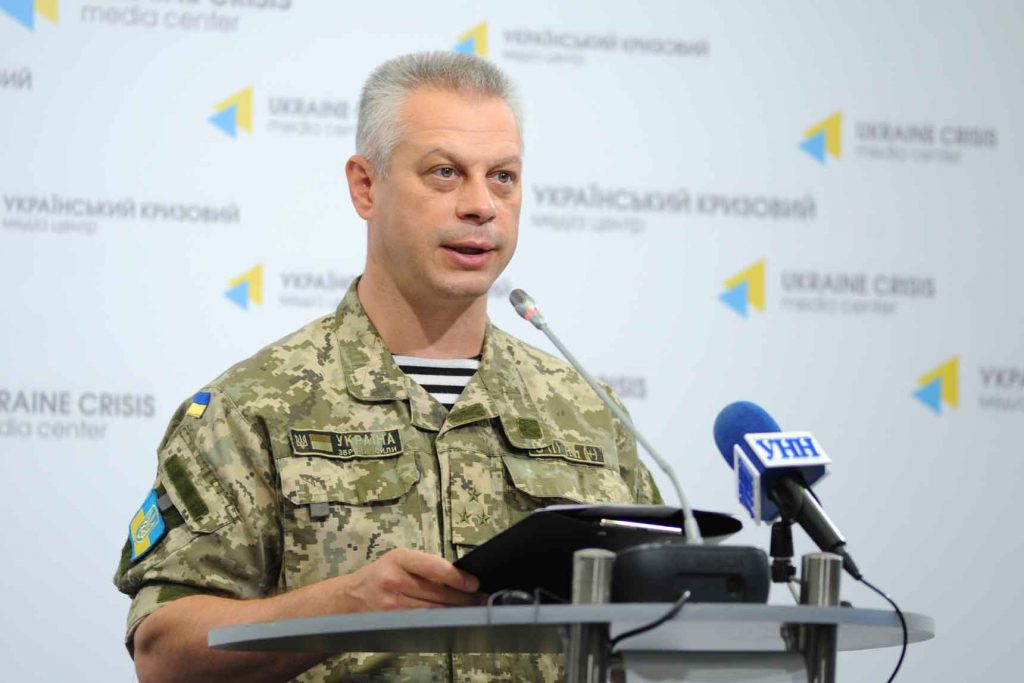 Kyiv, August 23, 2015. Ukraine’s Security Service (SBU) eliminated a self-proclaimed “DPR” spy network in Luhansk region. SBU officers detained the organizer who was trying to recruit law enforcement officers and military men, said Colonel Andriy Lysenko, spokesperson of the Administration of the President of Ukraine on ATO-related issues, at a press briefing at Ukraine Crisis Media Center. “The pro-Russian agent was personally sending informants to Russia for interviews with Russian intelligence. The detained was supplying the occupants with strategic information regarding Ukrainian Army through this spyring,” said Col. Lysenko. 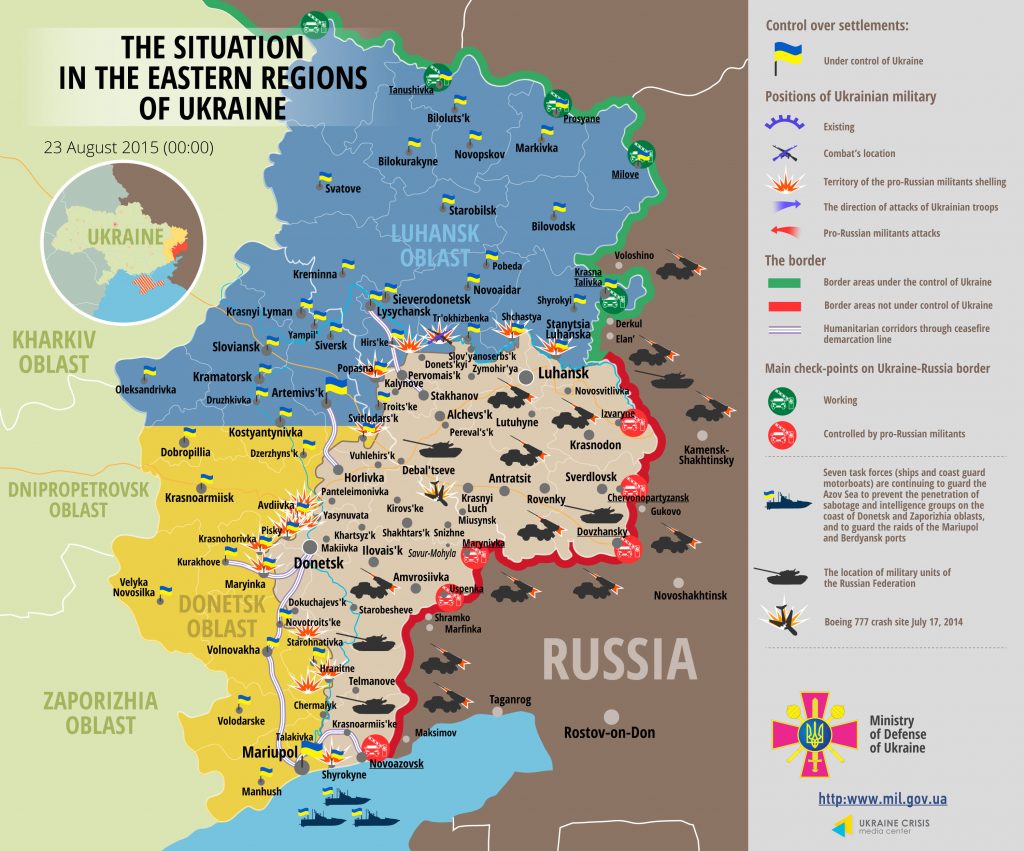 Col. Lysenko cited that Ukrainian intelligence report in which the militants are about to commit a series of attacks during Ukraine’s Independence Day on August 24. “Chiefs of self-proclaimed “Luhansk People’s Republic” (“LPR”) and “DPR” are actively spreading information regarding presumed assault of the Ukrainian Army. Militants might be wearing Ukrainian uniforms and preparing to fire at at residential quarters of the militant-controlled towns in order to discrediting Ukrainian military and create favorable picture for the Russian media. They also want to get a pretext to assault Ukrainian positions. We call upon all citizens to stay vigilant and not fall prey to the Russian propaganda. Residents of militant-controlled towns must be ready to move to a safe hiding place, should militants start shelling,” clarified Col. Lysenko.

In the Luhansk sector, Russia-backed militants shot at Ukrainian forces near Shchastya from artillery. Militant groups targeted Ukrainian positions from a tank, while using 120 mortars near Popasna.

“Ceasefire violations were most frequent in the Donetsk sector. Ukrainian forces observed the use of militant armor vehicles near Opytne and 122 mm artillery and 120 mm mortars close to Avdiivka. Although militants mostly targeted Maryinka and Karsnohorivka from light arms and heavy machine guns, one 120 mm mortar shelling has been observed. Situation remained tense in the vicinity of Artemivsk, as pro-Russian groups instigated a number of provocations close to Luhanske village,” said the ATO spokesperson.

In the Mariupol sector, militants deployed mortars near Shyrokyne and instigated provocations not far from Bohdanivka, Novoselivka and Hranitne.

One Ukrainian serviceman was killed in action and four were wounded in action in the last 24 hours.

In Kharkiv region, Ukraine’s Security Service eliminated a subversive group coordinated and financed by a chief of ‘Oplot’ militant organization, Yevhen Zhylin. Three men were detained; all of them former convicts. “The group was set in April 2015 by a high-ranking militant – nom de guerre “Tank” – from the so-called “DPR ministry of the state security”. He sent a woman with nom de guerre “Leesa” to Kharkiv to effect direct coordination of the group. The female militant has been fighting against Ukrainian troops for several months now. Law enforcements seized a RPG-18 grenade discharger, homemade explosive devices, grenades and other weapons while searching flats and hiding places,” explained Col. Lysenko.