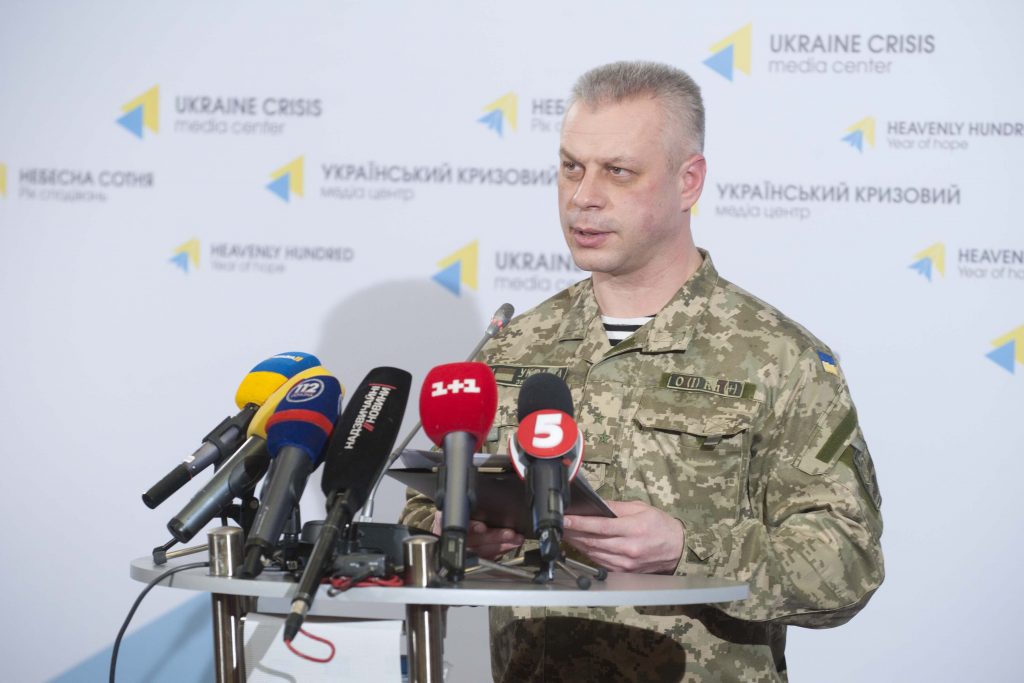 Kyiv, August 30, 2015. Over the last 24 hours, Ukrainian troops registered the lowest number of ceasefire violations since April 19, as Russia-backed militants conducted only 19 attacks. “Enemy forces did not use heavy weapons, which were subject to withdrawal from the frontline. For the first time in many months there was no shelling at Pisky village, said Colonel Andriy Lysenko, spokesperson of Administration of the President of Ukraine on ATO-related issues, at a press-briefing at Ukraine Crisis Media Center. 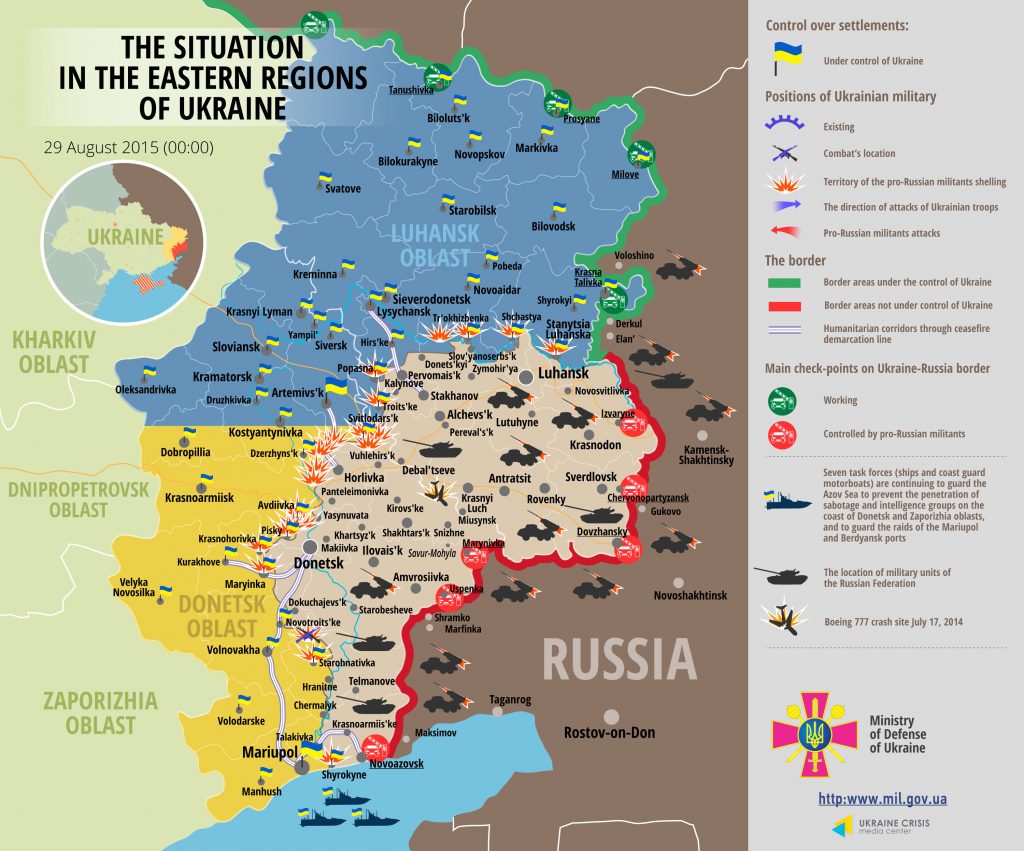 In the Luhansk sector, three armed provocations took during the nighttime. Russia-backed militants opened fire at Ukrainian positions near Shchastya from small arms, as well as fired from grenade launchers at Ukrainian troops stationed close to Tryokhizbenka, firing from the opposite bank of the Siversky Donets river. The most volatile situation was in the area of Krymske village where militants mortared Ukrainian positions for 30 minutes.

In the Donetsk sector, the militants used small arms and grenade launchers against Ukrainian troops three times in the vicinity of Luhanske village on the outskirts of Svitlodarsk. Russian proxy forces also violated ceasefire near Horlivka by targeting Ukrainian positions in Leninske village from anti-aircraft guns, which they deployed in the residential districts of Horlivka. By contrast, ceasefire was holding at the front line between Horlivka and Yasynuvata.

In the vicinity of the Donetsk airport on August 29 there was some military engagement of low intensity: in darkness the militants opened the fire at the Ukrainian forward positions from a grenade launcher up to 10 times. Two major hotspots were registered between Spartak and Avdiivka as well as in the vicinity of Opytne village. Two more provocations have occurred near Maryinka. Ceasefire was holding in Krasnohorivka and to the south from Donetsk yesterday.

In the Mariupol sector, one armed incident took place with opening machinegun fire in Shyrokyne.

Ukrainian Armed Forces did not incur casualties over the past day; one serviceman was wounded in action near Shchastya, Luhansk region.

Col. Lysenko cited Ukrainian intelligence report that the militants of self-proclaimed “Donetsk People’s Republic” (“DPR”) designed a plan to instigate violent provocations on September 1. “This could be the shootings in schools and other educational establishments in the area designed to discredit Ukrainian troops. The militants harbor plans to use these provocations as a pretext to appeal to Russia with a request for the introduction of the so-called “peacekeepers,” explained the АТО spokesperson.