Kyiv, September 9, 2015.  In Luhansk sector between 1 and 2 a.m. militants made another attempt to pass through the Ukrainian defense line in Stanychno- Luhansk district. Their sabotage and reconnaissance group crossed the Siversky Donets near Syze and entered into battle with the Ukrainian military. After a half-hour firefight insurgents retreated. “One Ukrainian soldier was killed in action. The ATO forces did not suffer any more lethal casualties yesterday, “said Colonel Andriy Lysenko, spokesperson of the Presidential Administration of Ukraine on ATO-related issues at a press briefing at Ukraine Crisis Media Center. One militant provocation took place near Shchastia, where they made several grenade launcher shots. Bakhmutka and Popasna sectors were calm yesterday. 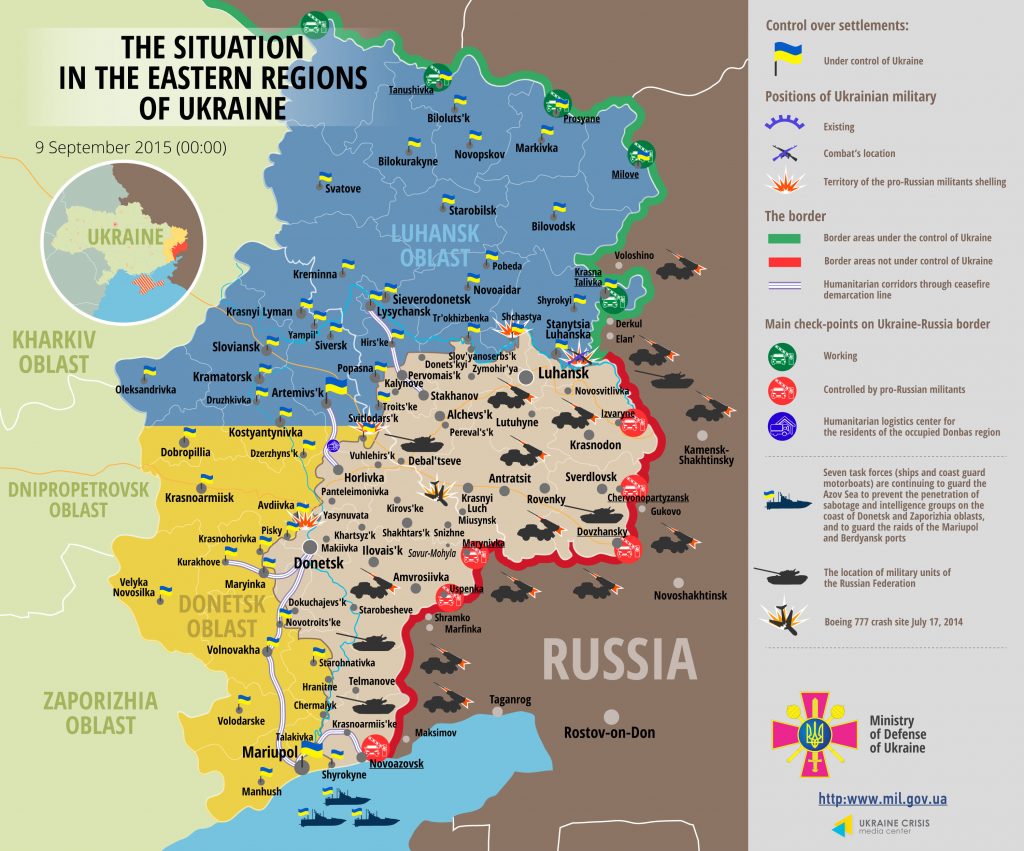 Militants used small arms once in Donetsk sector near Luhanske. It was calm near Horlivka, Dzerzhynsk and Yasynuvata. “For over two hours last evening, militants fired upon the Ukrainian positions between Avdiivka and Spartak. They did not apply heavy weapons,” said Lysenko. The ceasefire is observed in the front area from Pisky to the Azov Sea.

Yesterday the Ukrainian military recorded 6 flights of militants’ drones east of Mariupol. “Overall, it has been relatively calm at the frontline for the last 10 days. The militants usually violate ceasefire up to 10 times a day without using heavy weapons,” said Lysenko.