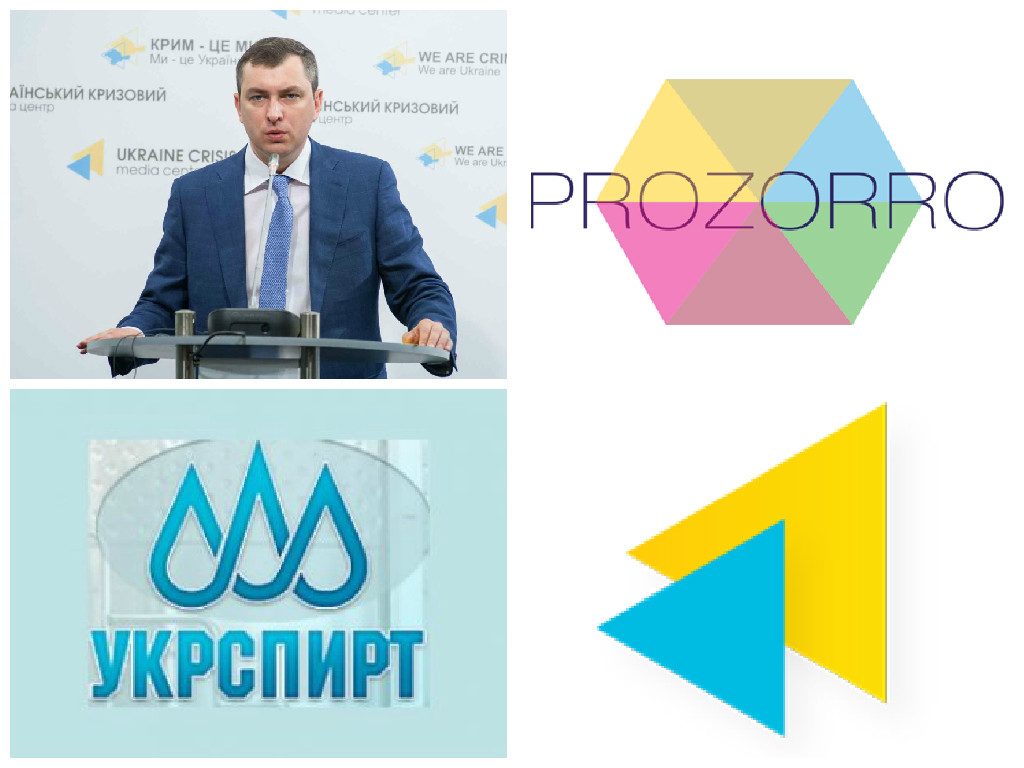 Management of the state property. Approaches to privatization require considerable change. Preparation of the objects for sale and the sale itself should become transparent and clear for foreign investors. To achieve this goal the State Property Fund of Ukraine will involve sales advisors. According to the Fund change of approaches to selling of state property will secure the UAH 30 billion revenue from privatization in 2016 that will serve as a compensatory tool in course of tax reform implementation.

As long as the companies remain in state ownership their heads will engage in courses to improve their competence. The project is implemented under support of the Western NIS Enterprise Fund. The first stage will include 35 top managers from 100 biggest state-owned companies including Naftogaz, State Food and Grain Corporation of Ukraine, Ukrinterenergo, Turboatom, UkrGasVydobuvannya etc.

Openness of authorities. Candidates to fill in the vacant position of CEO at the state enterprise of alcohol and liquor ‘Ukrspyrt’ were chosen on a competitive basis. The process was open to public and broadcast live. Successful candidates were chosen by an open vote. A total of 37 candidates applied for the position, 25 out of them reached the stage of defending the competition proposals. Short list consists of five candidates: Rostyslav Chaikivsky, Anatoliy Dalibozhyk, Hryhoriy Trypulsky, Roman Ivanyuk and Nina Garkava. The selection commission suggests the Cabinet of Ministers of Ukraine to choose the Head of Ukrspyrt from the shortlist. Alcohol production within the state monopoly has been considered one of the most corrupt spheres in Ukraine for many years and position of Ukrspyrt CEO has always been a subject of political bargaining. Thus open recruitment process and professional component as a key requirement for the new CEO intend to demonstrate new approach to management and anti-corruption policy to the wider audience.

Following the same scenario another state-owned company – ‘Ukrposhta’ (providing postal services) – will get a new CEO shortly. Minister of Infrastructure Andriy Pyvovarsky signed a decree on September 7 announcing respective competition. Qualification requirement for the candidates will be approved by the committee within the Ministry for Economic Development and Trade dealing with recruitment of top management for the strategically important enterprises. Permanent commission at the Ministry of Infrastructure will consider candidates’ proposals and choose two to five finalists. Selection committee at the Ministry for Economic Development and Trade will analyze the finalists and choose the winner.

State procurement reform. Over UAH 180 million from the state budget has been saved with help of the Prozzoro public procurement system. Number of actors using the system is increasing. In particular about 150 state budget organizations from Dnipropetrovsk region are to join in the upcoming days. . At the moment only public procurements up to UAH 100 thousand (goods) and up to UAH 1 million (services) are conducted by means of Prozorro system.. To expand Prozzoro principles to all state procurement contracts the Parliament needs to adopt the Draft Law #2087a). Voting is scheduled for September 15.

Effective January 1, 2016 Ukrainian companies will be able to participate in tenders of the EU member states for the total amount of EUR 400 billion. On this occasion the State Office for European Integration produced an information brochure “State procurement in the EU member states” that lists the sources with information on procurement, tenders and international bidding in the EU.

Deregulation. Ukraine now has a Deregulation Office to support small and medium businesses in solving problems they face. The Office is headed by Oleksiy Honcharuk. This is a non-government structure financed by donor funds.

Meanwhile, the Ministry of Infrastructure has launched real deregulation mechanisms in Ukrainian ports, which will make the procedures less time-consuming. Minister Andriy Pyvovarsky entrusted the management of 13 ports with the responsibility to develop innovation booklets in English and distribute them to the captains while registering foreign vessels arrival. This way more ship crews will learn about the innovations.

Education reform. This week the government has approved some key decisions for universities to implement their right to autonomy. In particular, higher and vocational educational institutions now have clear rules for the disposal of funds obtained for providing paid services. From now on they will be able to place them in state banks, which will greatly simplify their use. Rules also allow educational institutions to earn extra money to invest in their own development. This decision was made in accordance with the Law “On education” and became the basis for schools financial autonomy.

Border Service Reform. A pilot project aimed at preparing 160 new border guards has started in Ukraine. Border guards were selected in an open competition, following the pattern of patrol police selection. All in all five hundred applications were submitted. As a result of preparatory training the new Border Guard Service will ensure the better quality of service and the change of attitude to the Service from both Ukrainian and foreign citizens.