Kyiv, September 12, 2015. Cease-fire truce was fully observed in Luhansk and Mariupol sectors in last 24 hours. This was reported by Colonel Andriy Lysenko, spokesperson of the Presidential Administration of Ukraine on ATO-related issues at a press briefing at Ukraine Crisis Media Center. “The only area where the militants violated the truce was the area near ​​the Donetsk airport,” he added. 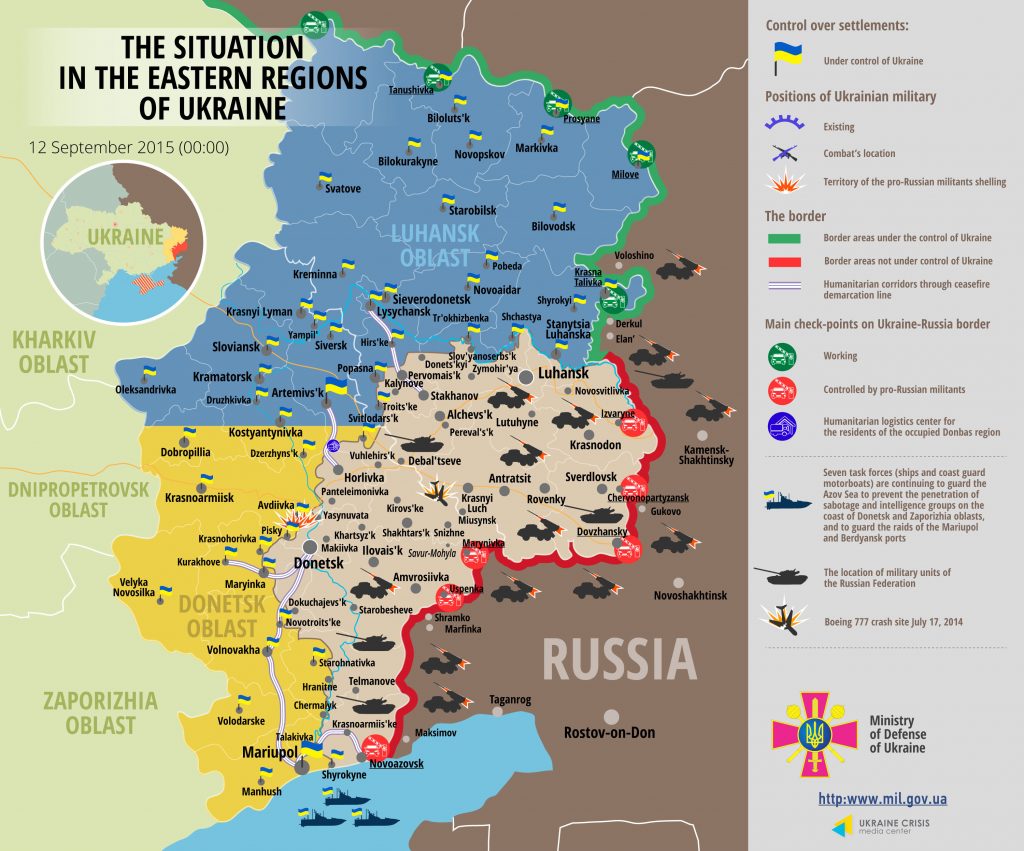 Near the Donetsk airport, the enemy held a series of armed provocations with the use of rocket-propelled grenades and small arms. As a result of hostile attacks, one Ukrainian serviceman was wounded.

Also Colonel Lysenko said that the enemy had not ceased to gather intel on the location of the Ukrainian military. According to Andriy Lysenko, 2 flights of enemy drones were detected yesterday in Donetsk region.

Colonel Lysenko reported about the return from enemy captivity of two Ukrainian soldiers, Serhiy Furaev and Artem Komisarchuk, who were kept in captivity of a so-called “DPR” for more than a year.

At the end of his speech, the spokesperson of the Presidential Administration of Ukraine on ATO-related issues told about the detention of the minister of a so-called “LPR” by Ukrainian law enforcers. The detained person turned out to be a former head of one of the collieries in Luhansk region.