Kyiv, September 21, 2015. Pro-Russian militants showed some activity only near Sokilnyky in Luhansk sector, where they twice opened fire from mortars. Two provocations from the militants’ side took place in Donetsk sector near Luhanske. Members of the militant groups advanced at Ukrainian forward positions from the south, however, they had to retreat after a series of bursts. Another incident took place in Mayorsk where the militants opened fire several times from the neighboring residential area of Horlivka. “It was quiet on the other sectors of the front. For the past twenty-four hours there have been no fatalities among the Ukrainian servicemen,” said Colonel Andriy Lysenko, spokesperson of Administration of the President of Ukraine on ATO-related issues, at a press-briefing in Ukrainian Crisis Media Center.

One serviceman tripped a mine in the area of Svitlodarsk water reservoir yesterday.

Ukrainian law enforcement officers found and seized illegal weapons and ammunition at the checkpoints while searching in the frontline areas during the past 24 hours. “One grenade-launcher and ten grenades were seized as well as three kilos of explosive material and more than 400 cartridges for Kalashnikov assault rifle,” specified Col. Lysenko. 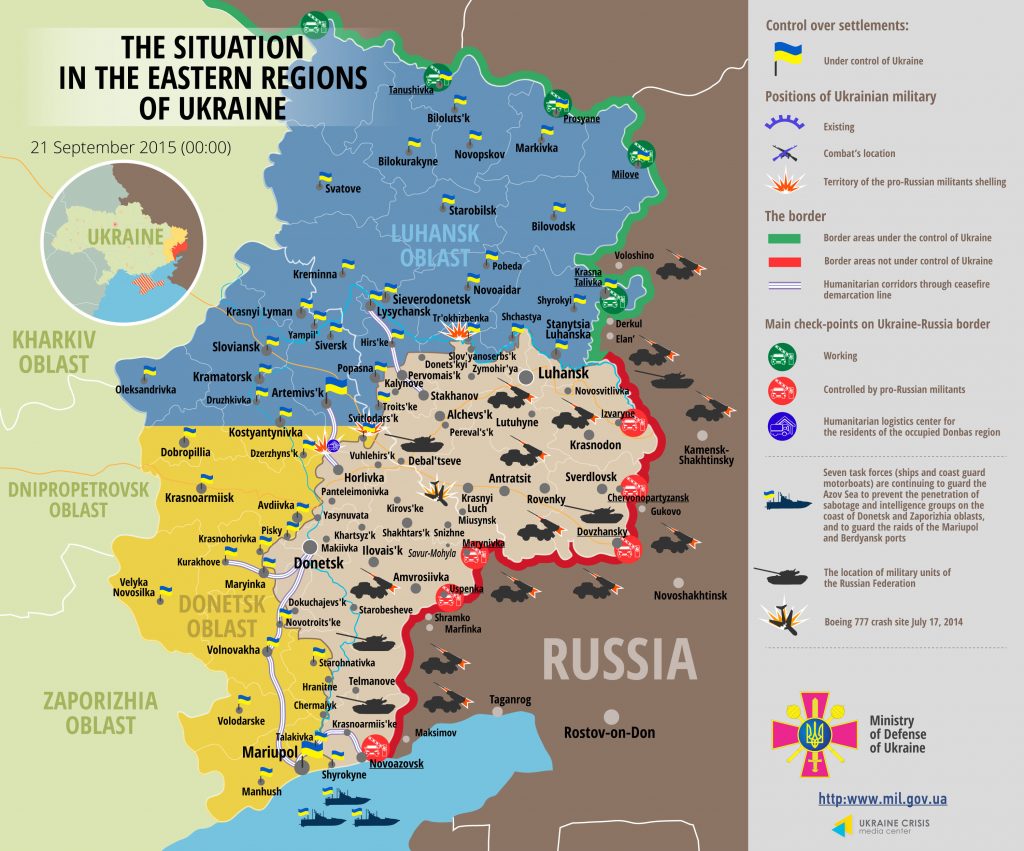