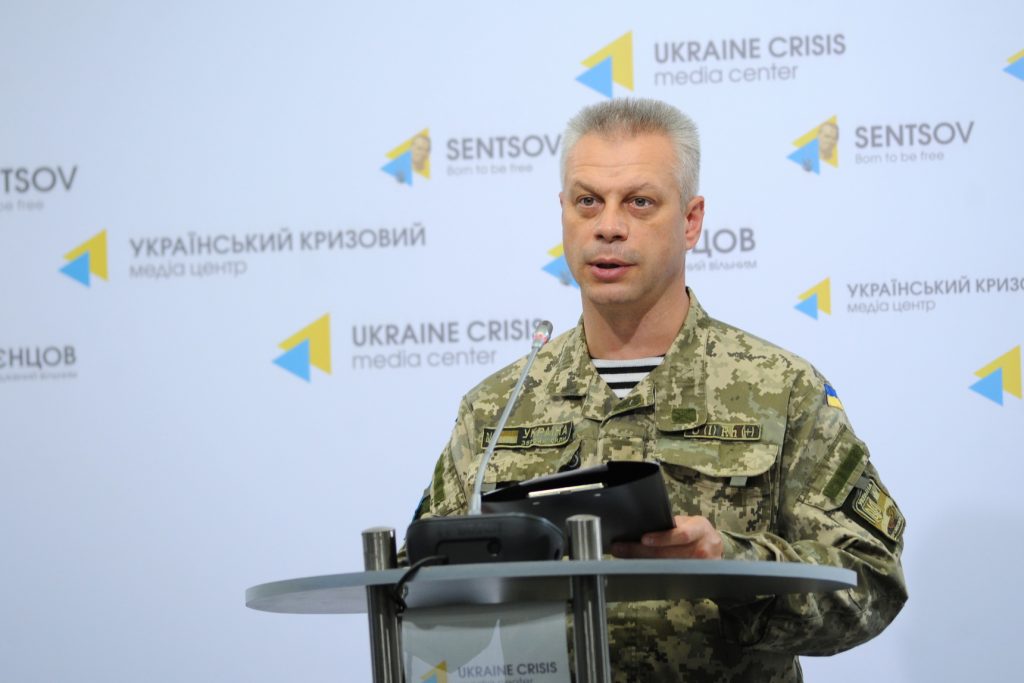 Kyiv, October 4, 2015. Ceasefire has been holding in the ATO zone for 72 hours now. No cases of militants shooting at the ATO forces or opening fire to provoke Ukrainian troops. Ukrainian Armed Forces incurred no loss in combat. “However, two servicemen were wounded when they tripped a wire while fulfilling a reconnaissance task south of Mariinka,” said the spokesperson of the PresidentialAdministration of Ukraine on ATO related issues Colonel AndriyLysenko at a press briefing at Ukraine Crisis Media Center. Flight of one unmanned aerial vehicle (UAV) was observed in the ATO zone yesterday. 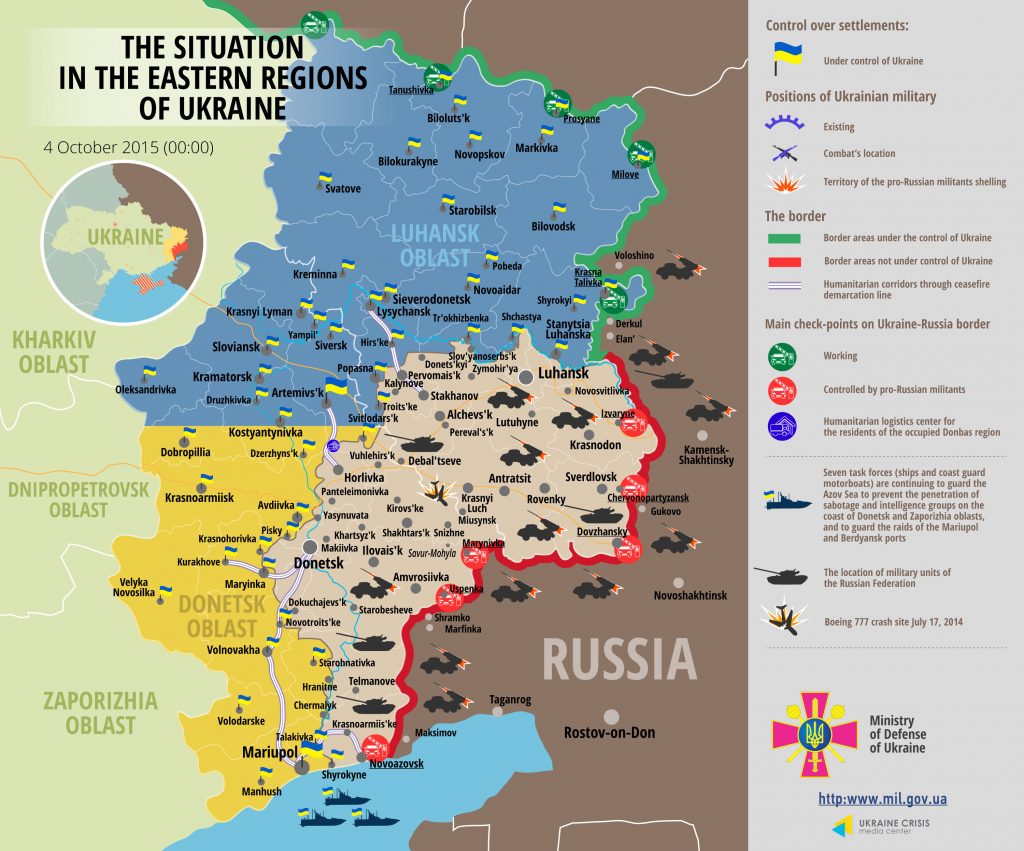 Withdrawal of Ukrainian weapons below 100mm from the frontline started, as Ukrainian party complies with the corresponding provision of Minsk Accords. “We are withdrawing not only cannons below 100mm, but tanks and mortar launchers too,” informed Col. Lysenko.
Although, despite the reached agreements, militants still keep heavy weapons in close proximity to the frontline. According to the regular report of the OSCE Special Monitoring Mission (SMM) to Ukraine, a SMM UAV registered militants’ tanks of self-proclaimed ‘Donetsk People’s Republic’ (DPR) near the frontline south of Mariupol. “Despite comparative proximity of the enemy’s weaponry to the frontline, there are no grounds for worries, for Ukrainian defense line is strong and secure, especially in the Mariupol sector,” said the spokesperson.
A man was detained in Popasna distric, Luhansk region. He was fulfilling tasks set by officers of the General Staff of the Russian Armed Forces’ Main Intelligence Directorate who act as advisors to the militants and stay in temporarily occupied Stakhaniv. The detained was providing Russian-backed militants with data on the ATO forces and tried to create a spy ring using his police officer ID. At the direction of Russian special services he had to establish a supply chain for weapons and explosives from the temporarily occupied territory to support acts of terror and sabotage. “Law enforcement officers seized three handguns, two carabines, seven rifles over 1300 cartridges of various caliber, grenade fuses, professional optical devices, a box of smoke grenades and a considerable amount of national and foreign currency,” informed the agent during search reports Col. Lysenko.
Ukraine’s Security Service detained a militant in Donetsk region who planned to commit an act of terror at the ATO forces checkpoint in Dniprodzerzhynsk. He was proven to have joined the ranks of the self-proclaimed ‘DPR’ last year. “Following successful attack of Ukrainian Army last summer he received instructions from his chiefs to commit acts of terror and sabotage,” informed Col. Lysenko.