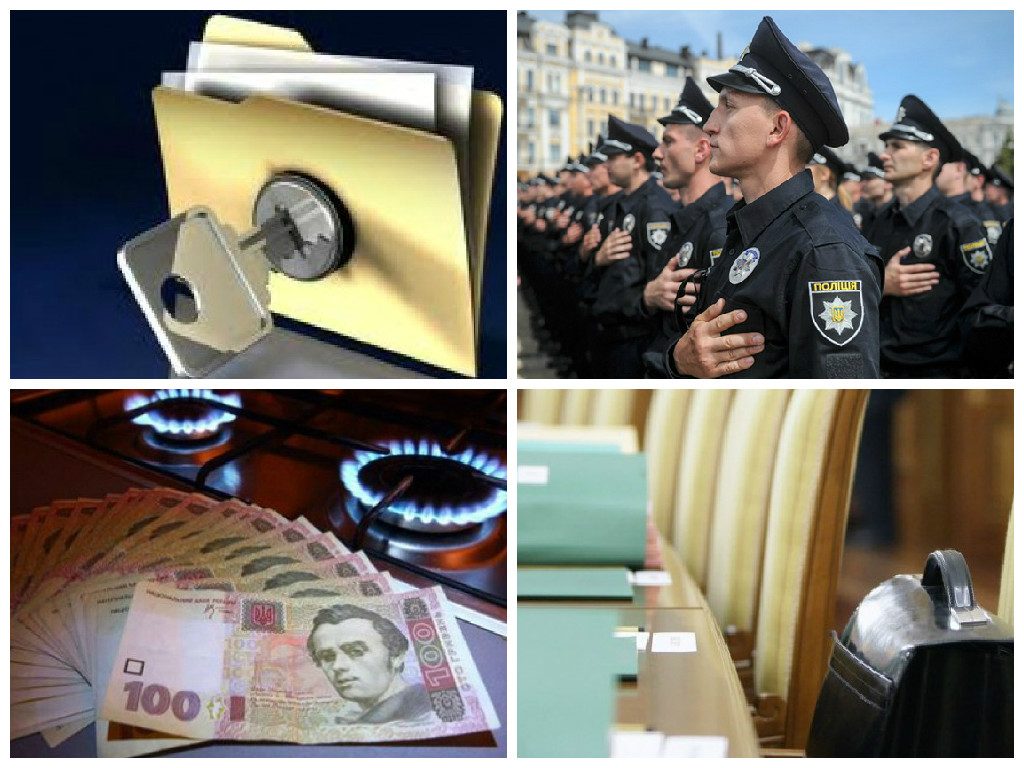 The rules of the political game in Ukraine are being changed: financial and industrial groups are losing their influence on the political process. The Verkhovna Rada (Ukraine’s parliament) adopted the law that introduces financing of political parties from the state budget (alongside strict control over other incoming funds) as well as regarding parties’ expenditure. It was made compulsory for parties to publicly disclose their budgets. Criminal responsibility is foreseen in case the provisions of the law are violated.

Changing approaches to financing of political parties in Ukraine is one of the requirements for visa liberalization with the EU. It also demonstrates the country’s readiness to follow best European practice in combating corruption. Along with other steps on disclosing public information the above step is designed to change Ukraine’s political culture.

Information on owners of real estate and of land has become accessible to a wide audience: one may trace the assets of a person by his/her name, surname and patronymic. It became possible thanks to opening access to real estate registries and the land cadastre effective October 6, 2015.

Electronic identification of the inquirer is a mandatory condition to get access to information.

Opening property rights registries is an effective instrument civil society has acquired to monitor assets of civil servants. After access is opened to the vehicles registry (by the end of 2015) a solid basis for a transparent system of checks and balances for civil servants will have been established in Ukraine. Apart from counteracting corruption, this step will help to efficiently protect business from raider attacks.

The procedure allowing for confiscation of assets from corrupt figures has been simplified. The Verkhovna Rada adopted laws no.2540a and 2541a that upgraded the concept of assets seizure and the concept of special confiscation. The changes shift focus from the status of a person to characteristics of assets, thus corrupt figures cannot secure their assets by re-registering them under the names of third persons. Additionally the Parliament passed laws that enable establishment of a National Agency on Search and Handling of Assets gained as a result of corrupt acts and other crimes.

The above two draft laws submitted by the government are keys to anticorruption reforms as they provide law enforcement officials with rapid response instruments in case corrupt behavior is discovered.

Citizens are demonstrating trust in the new police, which is a real achievement in Ukraine, where law enforcement agencies have historically been considered corrupt. Public opinion polls demonstrate that 54% of Kyiv residents – the city where the reform started – commented that they would not be afraid to let policemen into their houses. 80% claimed to be satisfied with the work of law enforcement agencies in the capital. This information testifies to the fact that the reform has managed to break the negative stereotype of law enforcement.

Information on how utilities tariffs are being set needs to become open for a wide audience. The first step has been made: Parliament supported in the first reading a draft law submitted by the government. Some tariffs are highly secretive. Consumers thus do not have an understanding of what they are paying for. Transparency in establishing tariffs is a cornerstone in setting up market prices for services.

Public discussion on the draft law on civil service reform  led to a positive result: 1200 amendments to the draft law were considered and the document will be introduced for second (and possibly final) parliamentary voting in the beginning of November. Key reform points such as competitive selection to the civil service, introducing a concept of state secretary, a clear distinction between civil and executive support services are in place.  Political activities will be forbidden for  top civil servants.