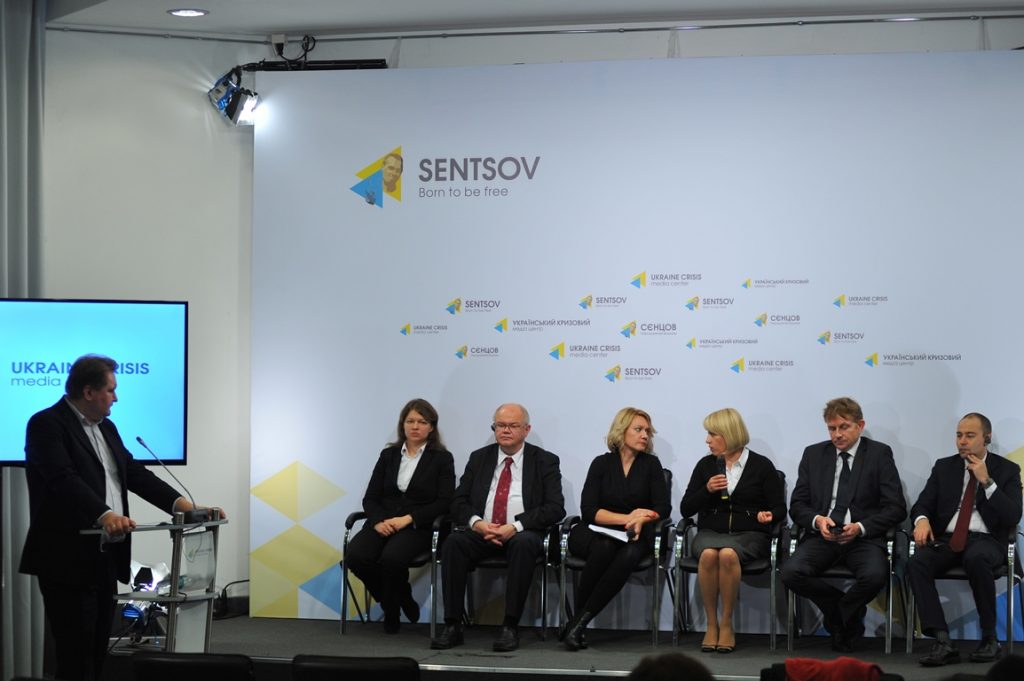 Kyiv, 20 October 2015 – Experts have completed their work on draft bill №2966 on the National Commission which carries out state regulation of energy and utilities (NKREKP). The bill envisages the establishment of an independent and professional regulator in Ukraine. This was announced by Olga Bielkova, MP and member of the Strategic consultative group on finalising the draft bill on the NKREKP, during her press briefing at Ukraine Crisis Media Centre.

According to Olga Bielkova, on 19-20 October MPs and international and Ukrainian experts completed work on one of the most controversial parts of the draft bill regarding the future legal status of the NKREKP, the procedure for electing the Commission’s members, ways and sources to finance the regulatory authority and mechanisms for settling disputes.

Aliona Babak, MP, stressed that it is very important to ensure that the regulator is independent: “Together with our European colleagues we have come to the conclusion that the draft bill should not subject NKREKP to any ‘higher’ authority. The Commission should take its own decisions and do that independently”.

Answering questions from journalists on the procedure of appointing NKREKP members, the participants clarified that the draft law foresees the establishment of a nomination commission (with representatives of the President, Cabinet of Ministers and the Parliament), which will anonymously select Commission members. “We hope that the government will take notice of our  recommendations and re-submit its draft bill”, – Olga Bielkova pointed out. The members of the Strategic consultative group also hope that the draft law will be enacted by the end of the year.

Johannes Baur, representative of the Support group for Ukraine from the European Commission, commented: “This law will have significant importance for Ukraine’s energy market. The establishment of an independent and powerful regulator is a requirement Ukraine has undertaken to meet in the framework of the Association Agreement and the Protocol on joining the Energy community”.