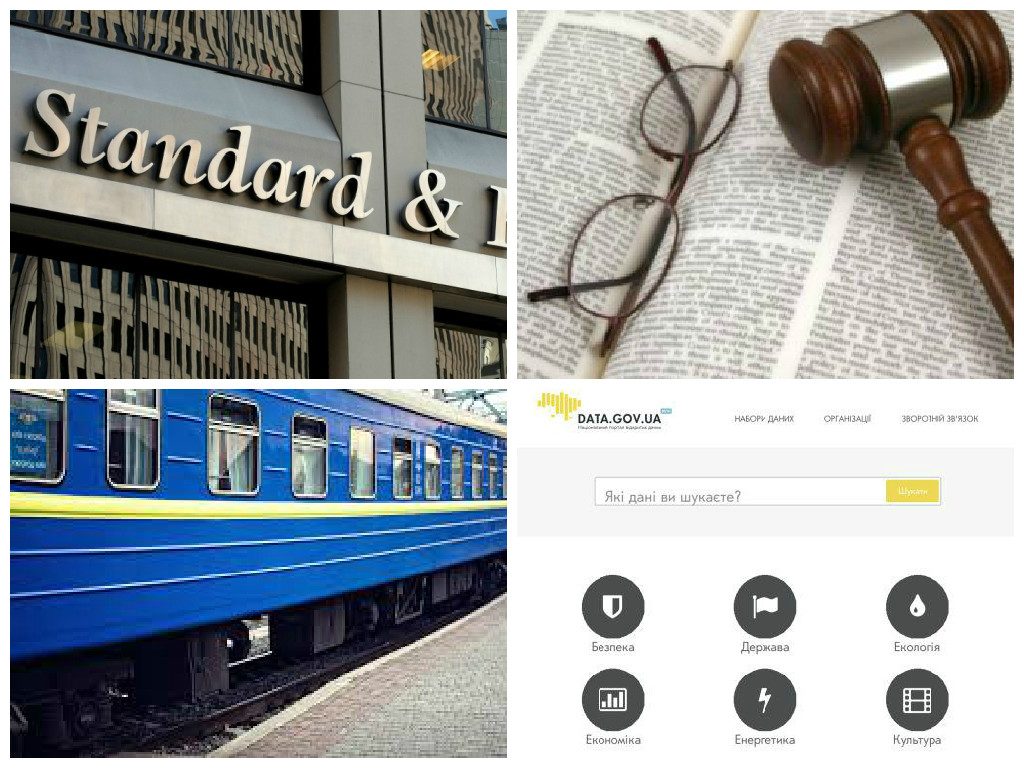 Ukraine’s debt restructuring operation is being successfully implemented. S&P international credit rating agency increased the rating of Ukraine’s foreign currency obligations from “SD/D” (selective default) to “B-“ and that of obligations in the national currency from “CCC+/C” to “B-/B”. This is a formal recognition of success in restoring the stability of Ukraine’s state finances.

Cleansing of the judicial authorities is one of the priority reforms demanded by society. However the events of the last week demonstrated that there are differing opinions on how this goal can be achieved. There was a new turn in the discussion on who, and following which procedure, should appoint judges and what responsibility they need to bear. The Cabinet of Ministers seemingly differs from the Constitutional Commission established at the initiative of the President on this matter. The parties involved will possibly seek a compromise at the next session of the National Reforms Council due to take place on October 30. In the meantime experts emphasize that a lack of clear division among the branches of power is holding back the pace of reforms. Thus to make judicial reform effective, this problem needs to be resolved.

The Venice Commission published its assessment on judicial reform in Ukraine, saying that “firing all judges, apart from exceptional cases…. is not in line with European standards and the principle of rule of law.”

One of the most important elements in reforming railway services is to corporatize “Ukrzaliznytsia” (Ukrainian Railways) into a functioning public joint stock company (PJSC). This is also an important step to secure correct state property management.

Ukrzaliznytsia PJSC went through state registration on October 21. Thus the corporatization of Ukrzaliznytsia is completed. According to the company’s charter, the founder of the PJSC “Ukrainian Railway” (Ukrzaliznytsia) is the state of Ukraine, represented by the Cabinet of Ministers of Ukraine. The charter capital of the company constitutes around UAH 230 billion. The next important step is choosing the Board of Directors. The Ministry of Infrastructure is to announce an open competition.

Three hundred more registries and databases are to be opened after the government approved a respective resolution on October 21. The decision was adopted to implement the Law of Ukraine “On introducing amendments to some laws of Ukraine on access to public information in the form of open data.” Among the documents to be opened for public access are: Ukraine’s legal framework, registries of legal entities and physical persons – entrepreneurs, registry of the administrative and territorial composition, registry of Ukrainian licenses, registry of medicine and of medical pricing, financial plans of state-owned companies, unified registry of sport facilities, cadaster of deposits and of natural resources of Ukraine. The above data is to be placed on the National Portal for Open Data data.gov.ua in the nearest time.