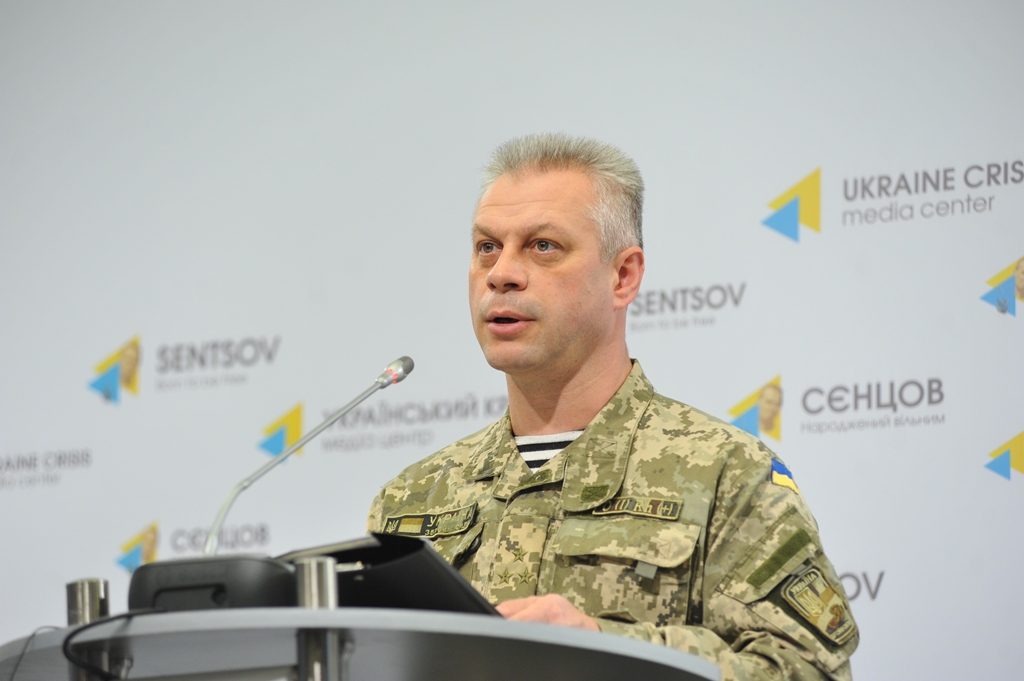 Kyiv, 14 November 2015. The ​​ Donetsk ATO sector in Svitlodarsk area was quiet yesterday. Militants conducted several provocations in Zaitseve and Mayorsk. But it was restless on the southwestern outskirts of Horlivka and along the Yasynuvata frontline yesterday. “The ATO forces were engaged in intense fighting with the invaders who attacked our fortified positions at Verkhnotoretske. The enemy attacked from nearby Krasniy Partisan, located at the strategically important Horlivka – Donetsk road,” informed the spokesperson of the Presidential Administration of Ukraine on ATO related issues Colonel Andriy Lysenko during a briefing at Ukraine Crisis Media Center. Militant attacks on Ukrainian positions were also recorded in Novhorodske and Novoselivka Druha. In the evening, militants carried out a series of provocations along the entire Avdiivka – Opytne – Pisky – Krasnohorivka – Maryinka frontline. The insurgents, located mostly in nearby residential areas of Donetsk, used small arms and grenade launchers. “At the same time, near Avdiivka the enemy held a half-hour bombardment from 82-mm mortars. And in Krasnohorivka a militant infantry fighting vehicle (IFV) fired on the ATO position,” said Lysenko. 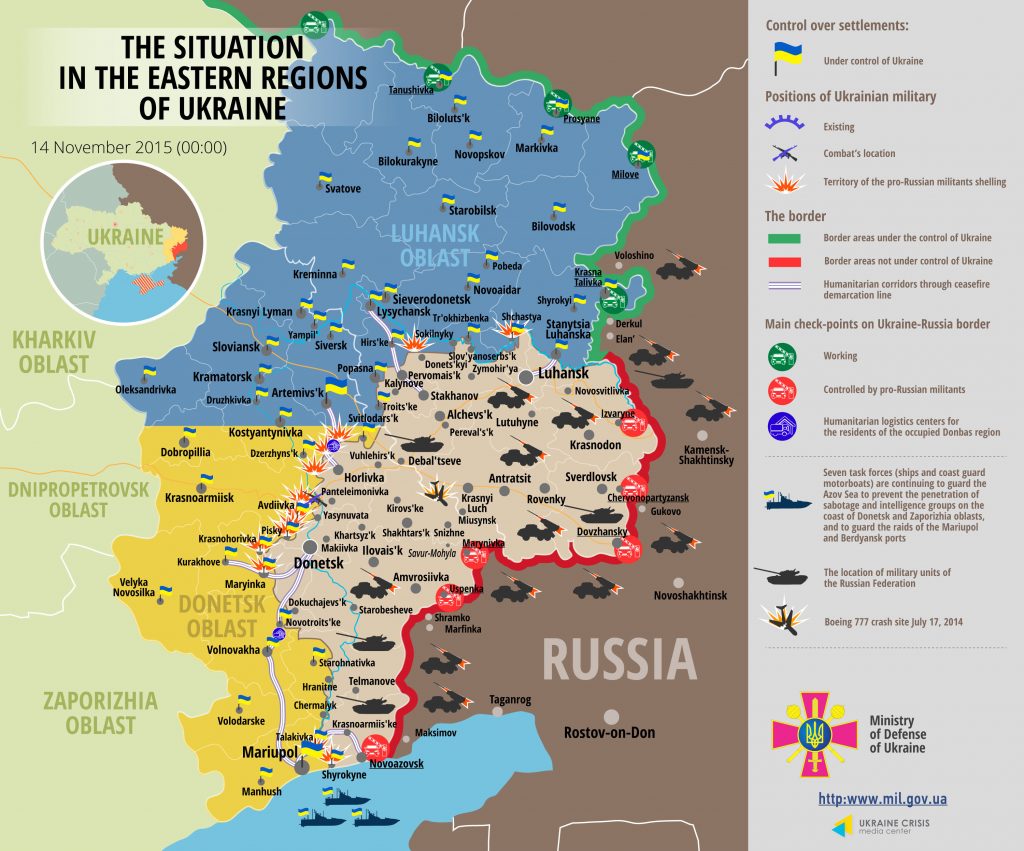 The Luhansk sector was rather quiet yesterday: over the day there were three militant provocations involving small arms. “These happened in Shchastia and on the Bakhmutka road near Novotoshkivske,” said Col. Lysenko.

In Mariupol sector last night militants opened fire on the ATO positions near Shyrokyne and Lomakyne (both on the eastern outskirts of Mariupol, the Ukrainian Azov Sea capital). “The enemy did not use heavy weapons. Over the last 24 hours, five Ukrainian soldiers were killed in action and four were injured,” informed Lysenko.

Yesterday, two residents of Maryinka, when driving a car within the boundary line, collided with a militant mine. A father and son died on the spot after the explosion. “Since the beginning of the year, 94 people have been seriously injured as a result of mines and explosions in Donetsk region, 25 of them died,” said Lysenko.

The SBU together with border guards blocked a supply channel of counterfeit alcohol to the temporarily occupied territory. In Krasnohorivka they detained a car that was carrying 150 liters of alcohol that “merchants” planned to carry through the contact line. “Also recently the SBU detained two cars with consumer goods that were scheduled for delivery to the occupied territories,” added Col. Lysenko.