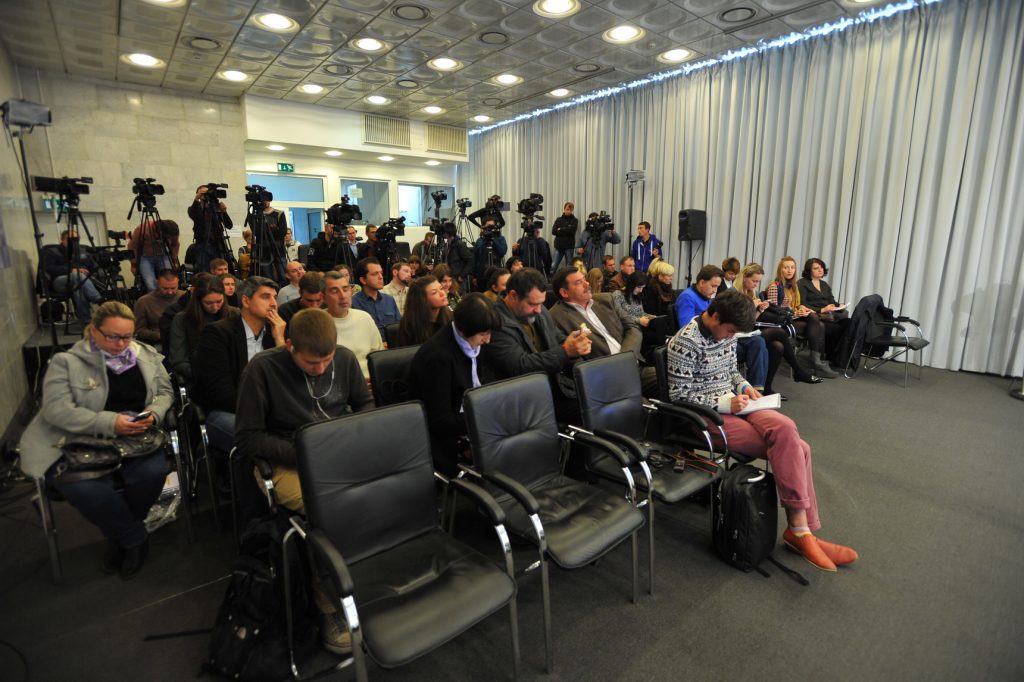 09-15 Topic: “Dynamics of hostilities in ATO zone in the last 3 days”
Captain I rank Leonid Matyukhin, ATO spokesman (via Skype)

10-30 Topic: “A message from “Crimean prisoners”: opinion on the situation with the Ukrainians-defendants in “terrorism case” in Rostov, Russia”
Svitlana Sydorkina, Russian lawyer of Oleksandr Kolchenko
Polina Brodyk, activist of the campaign “#LetMyPeopleGo
Maksym Butkevych, representative of the Committee of Solidarity with the Crimean political prisoners