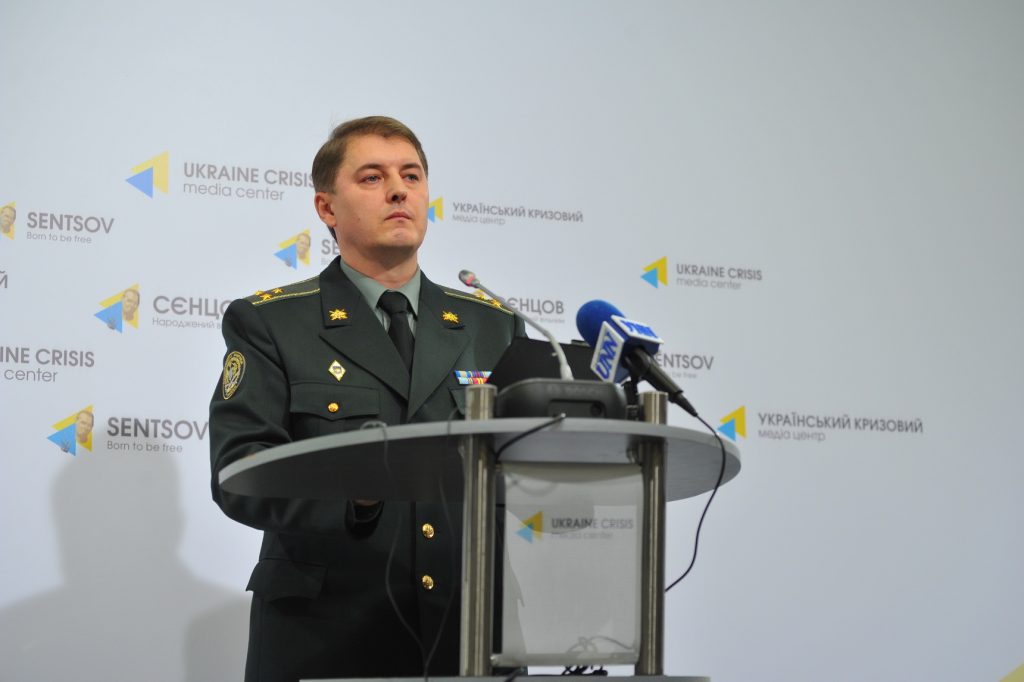 Kyiv, November 24, 2015. In the Luhansk sector of ATO zone Russia-backed militants violated ceasefire regime in Shchastia. Militants conducted an attack with the use of grenade launchers from the opposite side of the Siversky Donets river. In the Donetsk sector over 10 militant provocations with the use of small arms and grenade launchers were registered in Zaitseve, Mayorsk, Novhorodske and on the frontline between Horlivka and Yasynuvata. Militant group members also fired from an 82-mm mortar upon Mayorsk and from an infantry fighting vehicle upon Novhorodske, said spokesman of Presidential Administration of Ukraine on ATO-related issues Colonel Oleksandr Motuzyanyk at a press-briefing at Ukraine Crisis Media Center. “Yesterday most intensive combat actions took place between Avdiivka and Maryinka. They started after 10 a.m. and lasted till late evening. Heavy weapons were not used,” he added. 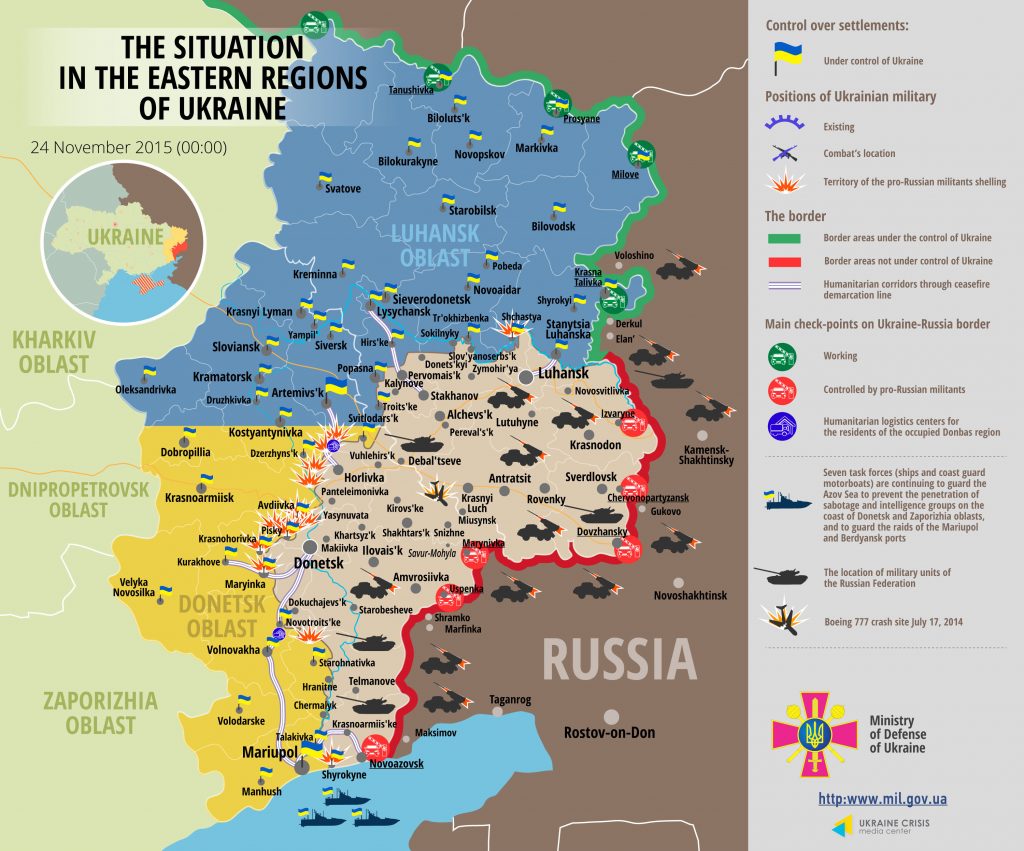 Yesterday the highest number of militant attacks upon Ukrainian positions was registered in Pisky, snipers were also firing there. In the Mariupol sector militant group members were firing upon Bohdanivka and Shyrokyne.

Military drills started at the Yavoriv training ground yesterday, they include five battalions of the Ukrainian Armed Forces and are held in the framework of the united multinational group that includes military instructors from the U.S., Canada, the UK and Lithuania. “The program is to last until 2017, over its lifespan about 500 military of NATO member states will come to Ukraine to train Ukrainian servicemen. Particular attention is paid to the training of Ukrainian teams of counter-battery stations supplied by the U.S.,” explained Colonel Motuzyanyk. He added that the U.S. counter-battery radar stations are able to detect artillery shells launched from one or several cannons, howitzers, mortars or rocket launchers. The stations are capable of locating adversary’s weaponry positions using the shell trajectory. “Ukrainian artillerists will thus be able to considerably increase effectiveness of their work and destroy hostile firing positions. The personnel have to master the up-to-date equipment quickly, it will be sent to the ATO zone shortly after,” said ATO spokesman.

Colonel Motuzyanyk also said that in case the decision on holding the next round of mobilization is made experience gained in course of previous six rounds will be taken into consideration. “General Staff has considered all materials, drawbacks and problems. All the lessons learnt will be applied during the next call,” reassured Colonel Motuzyanyk.