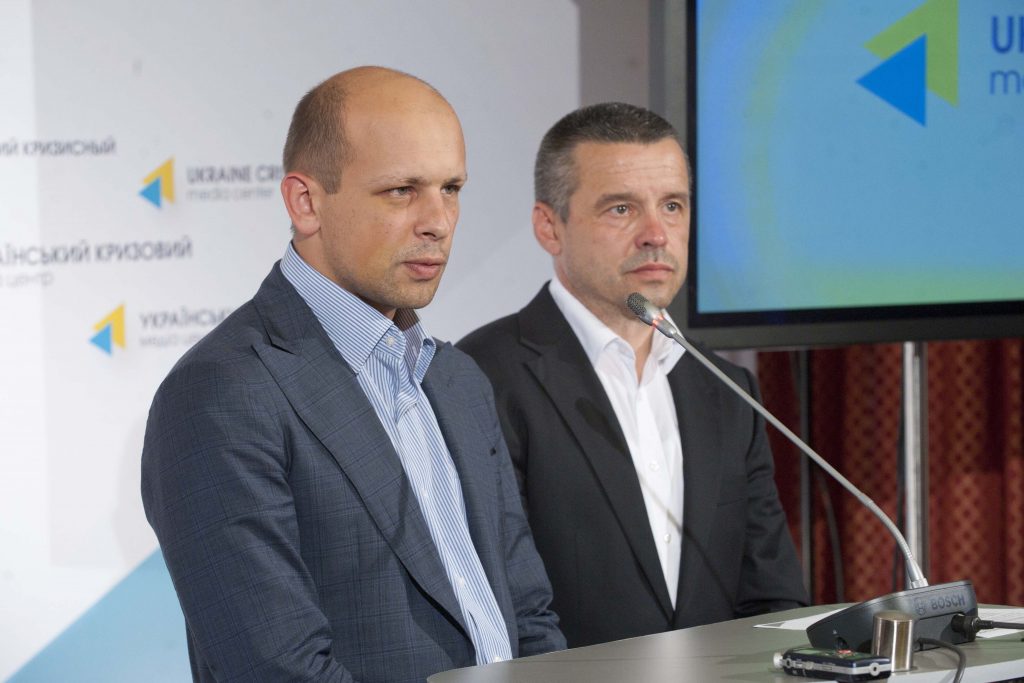 Kyiv, 06 June 2014 – “The operation on liberation of Oleksiy Serheyev, head of election headquarters of Yuliya Tymoshenko, who spent 8 days in captivity by the terrorists, took about 45 minutes. Another 4 hours we were taking away his wife and the child. They are now undergoing rehabilitation in Kyiv,”- said Yaroslav Gonchar, former AZOV battalion deputy commander during a press briefing at the Ukrainian Crisis Media Center. “Our concerted actions, the help of Mariupol fellow residents and the officials’ involvement ensured the successful completion of this operation,” – said Alexander Yaroshenko, deputy of Mariupol City Council.

“Oleksandr Yaroshenko and me were involved in this operation while collecting information about events in the city of Mariupol as of May 9th, 2014, which are being investigated by the Security Service of Ukraine. All the materials collected by us will be transferred to a specially established Investigative Committee of Verkhovna Rada of Ukraine, which will provide with the official clarification on those events. But I can express my personal point of view. I’m sure it was a provocation to destabilize the situation in the Eastern regions of Ukraine”, – said Mr. Gonchar.

According to Mr. Gonchar and Mr. Yaroshenko, the performance of the management and soldiers of the battalion AZOV should be concerned by the senior management of the Ministry of Interior, because in fact they commit unlawful acts against their former colleagues.

“Within 4 days after the events of May 9, the looters plundered the city of Mariupol. This fact requires careful investigation. As due to the terrorists the Security Service of Donetsk region cannot effectively deal with this matter, we are now trying to pass it to Kyiv “- said Mr. Gonchar.