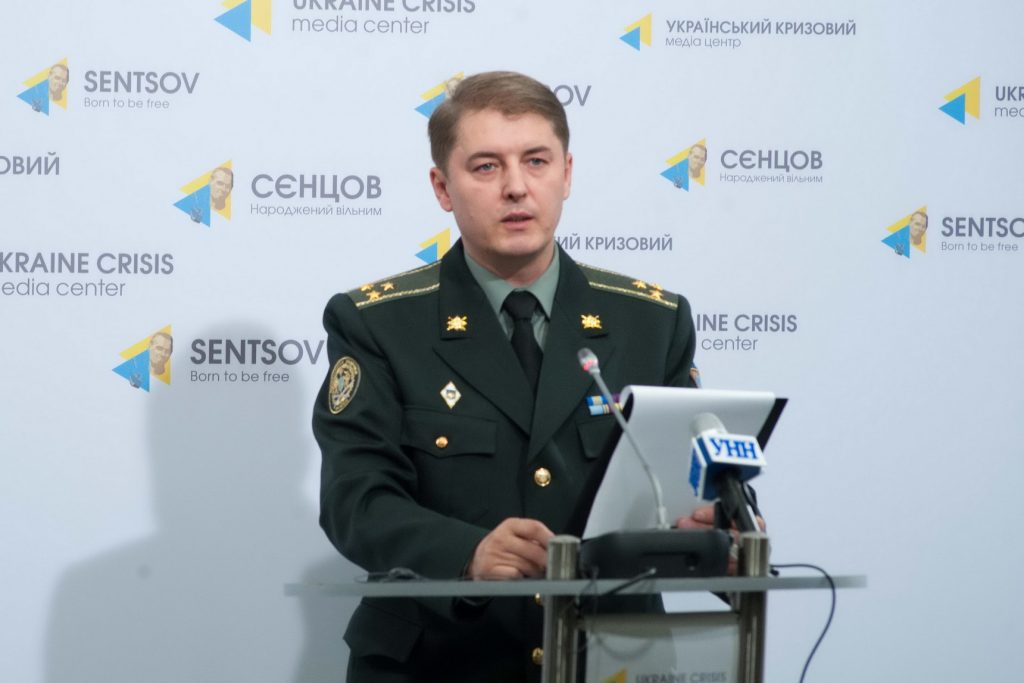 Kyiv, November 29, 2015. Over the last day, it was quiet in the Luhansk sector. Near Troitske militants fired at random at the ATO positions. Twice militants used small arms in Mariupol sector near Shyrokyne. In Donetsk sector, the number of attacks increased significantly compared with the previous day. Pro-Russian militants violated the ceasefire 33 times over the last day, said the spokesperson of the Presidential Administration of Ukraine on ATO related issues Colonel Oleksandr Motuzyanyk during a briefing at Ukraine Crisis Media Center.

Militants fired from heavy machine guns north of Horlivka yesterday. In the evening, they fired from 82 and 120 mm mortars at Ukrainian positions near Zaitseve and Mayorsk. Two armed provocations were recorded near Verkhnotoretske where militants used small arms for about 50 minutes. Seven shelling incidents were recorded near Donetsk airport, during which they used grenade launchers and heavy machine guns. Near Maryinka fighters used hand grenades and small arms. In addition, said Col. Motuzyanyk, militants resumed attacks near Svitlodarsk arc. “Near Luhanske the enemy four times fired at random from heavy machine guns. Also there was a more than half an hour long provocation near Kodema, where the enemy used small arms,” informed Col. Motuzyanyk. Ukrainian Armed Forces did not suffer any lethal casualties, one serviceman was wounded. 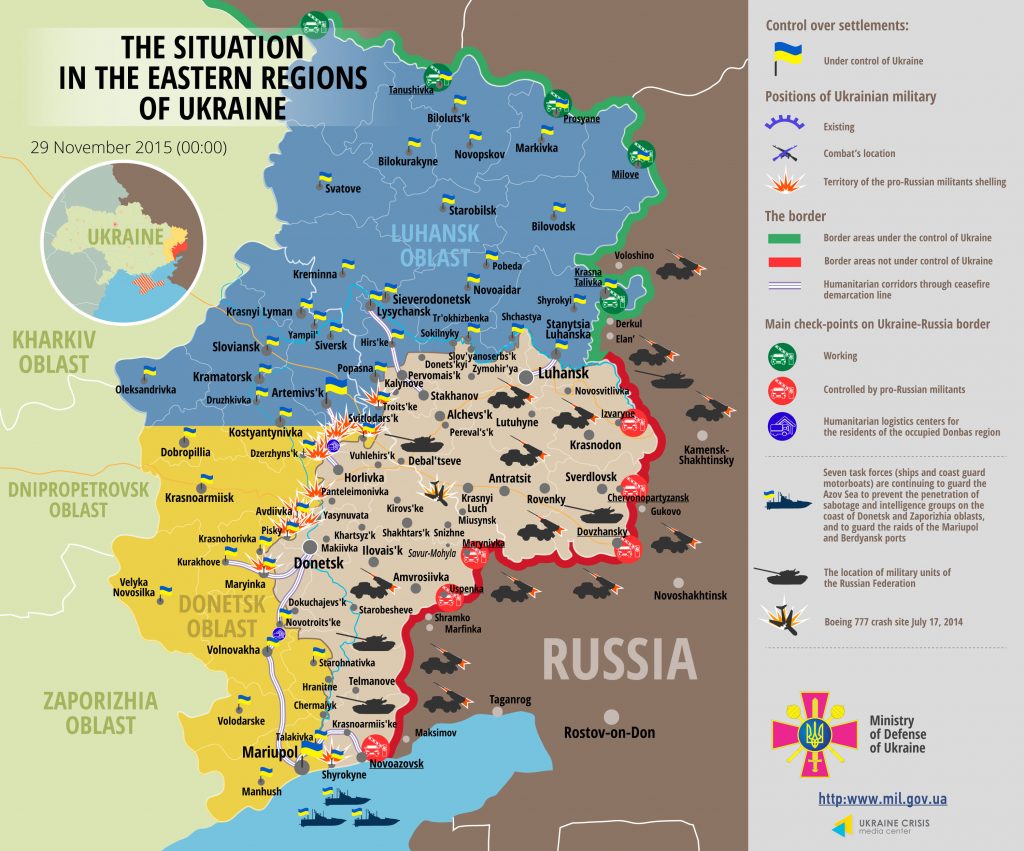 Col. Motuzyanyk informed that pro-russian militants have concentrated tanks and self-propelled artillery guns (100 mm and above) in the area near Sokilnyky, Holmivske and Donetske. He added that the ATO forces have already provided this information to OSCE Special Monitoring Mission.

The Security Service of Ukraine detained an artillery spotter of the so-called “DPR”. “The malefactor observed the movement of Ukrainian military convoys near Novhorodske. He passed the information to the fighters’ ringleaders for further shelling of Ukrainian positions and mining roads,” detailed Col. Motuzyanyk. In addition, SBU officers found a cache with weapons near Pokrovske in Artemivsk district of Donetsk region. They withdrew anti-tank and anti-personnel mines and stretch-making devices – wires, incendiary missiles and fuses.

Motuzyanyk informed that officers of civil-military cooperation (CIMIC) together with voluntary organizations delivered medical supplies and medicines to city hospitals in Maryinka, Krasnohorivka and Kurakhove and delivered food and hygiene kits to families in Krasnohorivka. In addition, officers escorted the mission of the UN Bureau of majority committees to Pisky to establish contact with local people.