Kyiv, December 31, 2015. Ukrainian troops incurred no casualties in ATO zone over the last day, not a single serviceman was wounded in action, said Colonel Andriy Lysenko, spokesman of Presidential  Administration on ATO-related issues at a press briefing at Ukraine Crisis Media Center. He said militants again used heavy weapons in several parts at the frontline. However it did not change the overall situation on the contact line. Ceasefire in the Luhansk sector is observed as before. 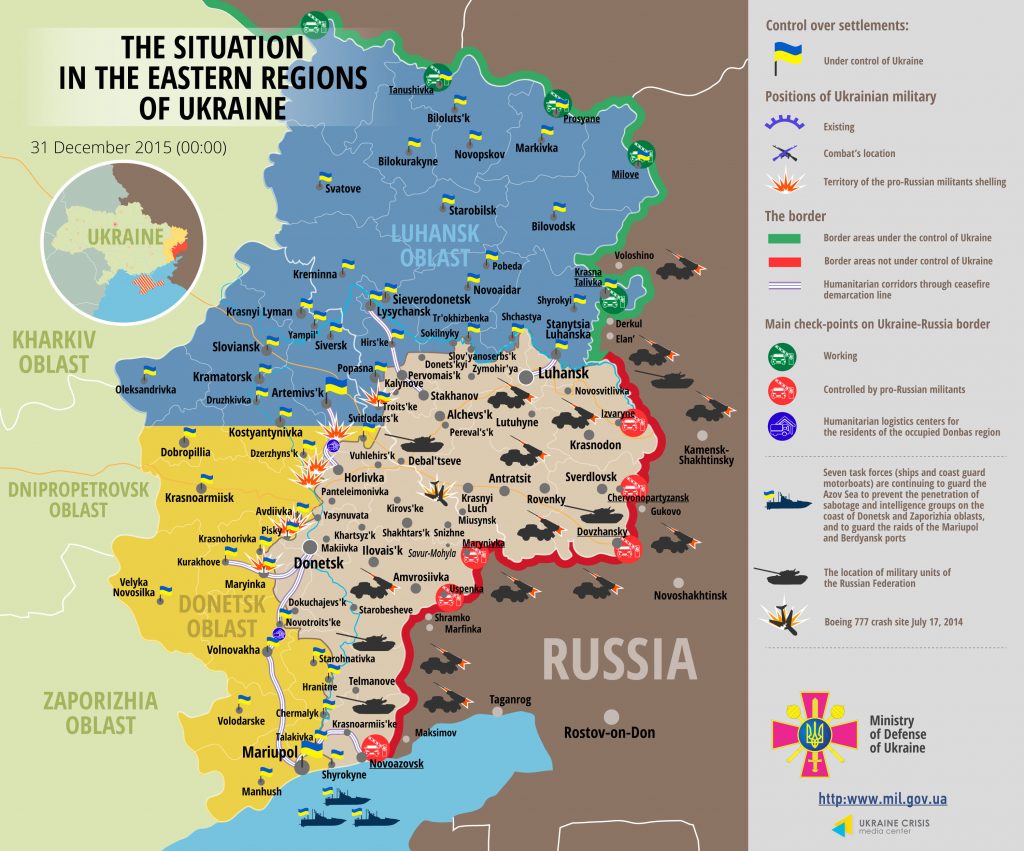 In the Donetsk sector militants violated ceasefire several times near Troyitske village located at the administrative border between Luhansk and Donetsk regions. Militants fired from an infantry fighting vehicle during the last attack yesterday in the evening. Instead it was quiet on the outskirts of Luhanske for the first time in many weeks. “Two hostile attacks from 82-mm mortars were registered in Zaitseve yesterday in the evening. One of the attacks was conducted from the south, another one from the east. Outskirts of Novhorodske was the most turbulent spot along the entire contact line yesterday, 12 attacks were registered there,” noted Colonel Lysenko.

Situation in the area of the Donetsk airport remains unchanged. There was a mortar attack in Pisky. It was quiet in the area of Avdiivka, said the ATO spokesman. “In the Mariupol sector adversary violated ceasefire in Maryinka, firing simultaneously upon the two Ukrainian strongholds. It was precision fire,” noted Colonel Lysenko. He also said that at the administrative border with the temporary occupied Crimea border guard units registered flights of two Mi-8 helicopters country-aggressor.