According to Col. Motuzyanyk, in the Donetsk sector pro-Russian militant groups sporadically violated the armistice at Svitlodarsk bulge, on the outskirts of Horlivka and near Donetsk airport. “The situation was the most difficult in Opytne, where hostile snipers were working. Moreover, Russia-backed militants used man-portable anti-tank gun. At the same time, the situation was absolutely calm in the Luhansk sector and in the Mariupol sector the militants violated the armistice only in Mariinka using small arms,” elaborated the spokesperson. 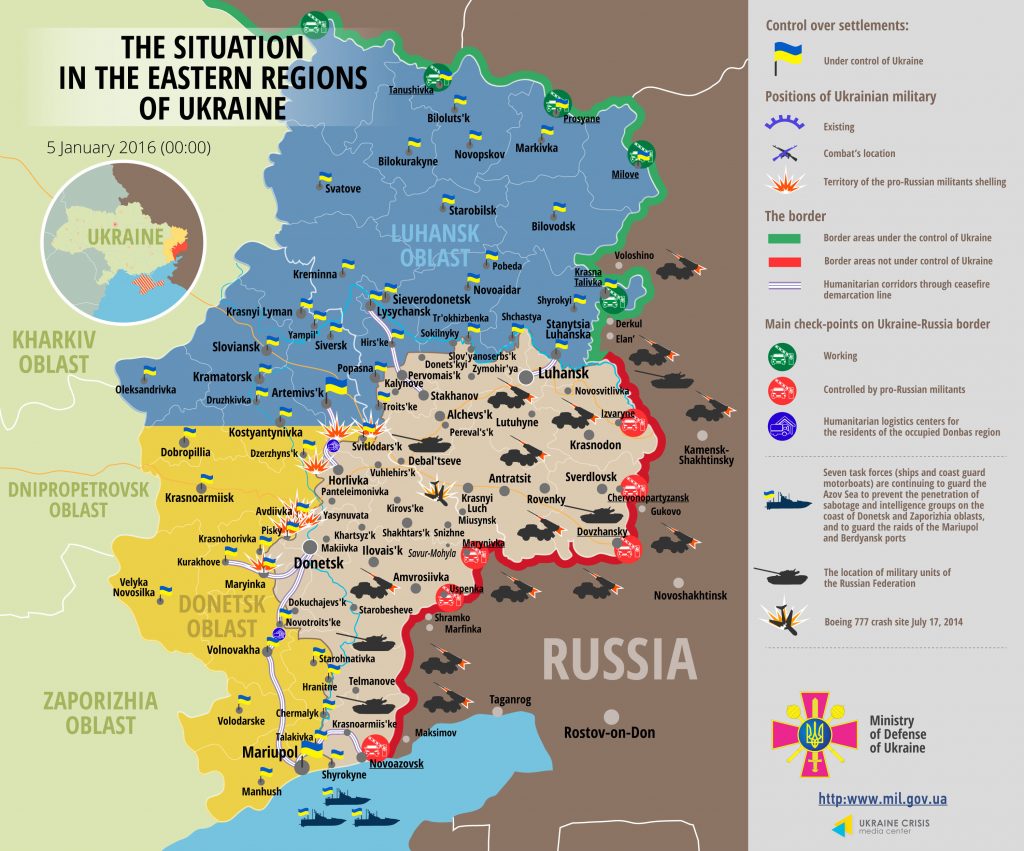 According to Col. Motuzyanyk, Ukrainian servicemen from the Demining Center in Khmelnytskyi region underwent training on countering improvised explosive devices conducted by Canadian instructors and obtained NATO certificates. Over 40 Ukrainian experts received training for six months. Owing to efficient cooperation with military and aid from Canada, Ukrainian Armed Forces rendered innumerable number of ammunition safe. The next training course with participation of Canadian troops will start on January 18, 2016,” explained the spokesperson.