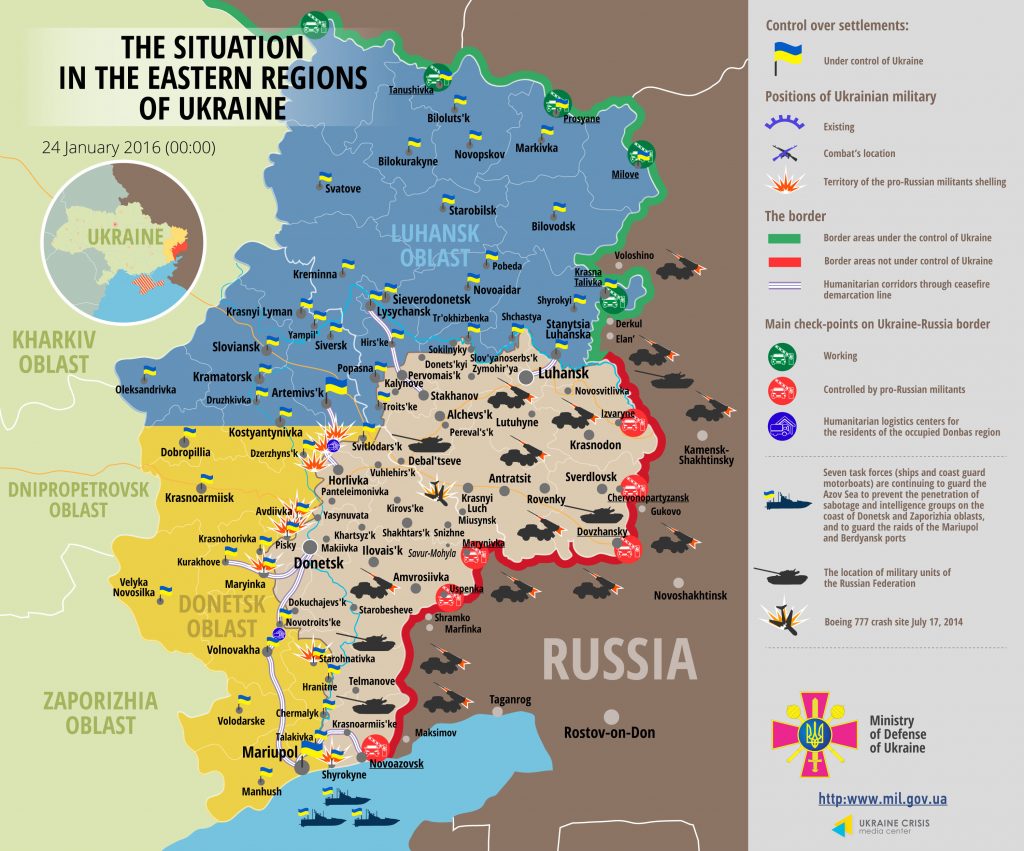 Low intensity combat activity takes place along the entire contact line in the Donetsk sector, except Svitlodarsk area. “Militants used no heavy armor. The biggest number of shelling takes place in the vicinity of Donetsk airport. Our troops came under militants’ sniping fire in Opytne and Zaitseve,” said the spokesman. The armistice held in the Luhansk sector yesterday. Nevertheless, a militants’ unmanned aerial vehicle was observed in the sky near Krasna Talivka village, conducting reconnaissance at the height of 1000 meters.

Ukrainian police detained another militant. “It has been identified that the militant’s permanent location was Novoluhanske village in Donetsk region. In order to seize him, law enforcements created certain conditions, as a result of which the criminal arrived at the frontline and was detained there. In the course of interrogation it was found that the detainee was keeping watch at militant checkpoint near Debaltseve. Nevertheless, in two weeks’ time he disappointed in the ‘russkyi mir’ (Russian world) ideas and fled the ranks of the militant group,” said Col. Motuzyanyk.

Border guards found a supply pipeline of cigarettes produced in the temporarily occupied territory to the Czech Republic. “It has been etablished that all the infringing factories in the uncontrolled territory came under control of Russian Federal Security Service in autumn 2015. Russian special services tightly control the income from the counterfeit production, making sure it is used to finance pro-Russian militant groups and not embezzled,” summarized Col. Motuzyanyk.