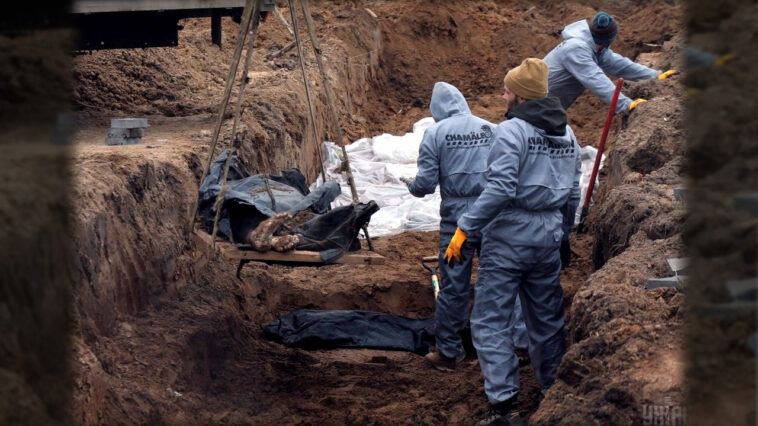 In Bucha, Kyiv region, 403 bodies of civilians killed by the Russian forces during the occupation were found in mass graves. 90% of victims have bullet wounds to the head. It proves, that the Russians deliberately committed mass executions of Ukrainians.

Anatolii Fedoruk, mayor of Bucha, reported about it on April 12, writes Suspilne news.

“We have 403 bodies that have been brutally tortured and killed. Today at 10 o’clock the opening of the second grave of mass burial began – 56 bodies, plus 4 private graves. Our sappers work in forest lines, forests. We hope that those who went missing are alive, but most likely we will find the bodies between the settlements. Residents saw how they were taken to these places”, he said.

According to Anatolii Fedoruk, 163 people have already been identified, their personal data and places of residence are established by the investigation.