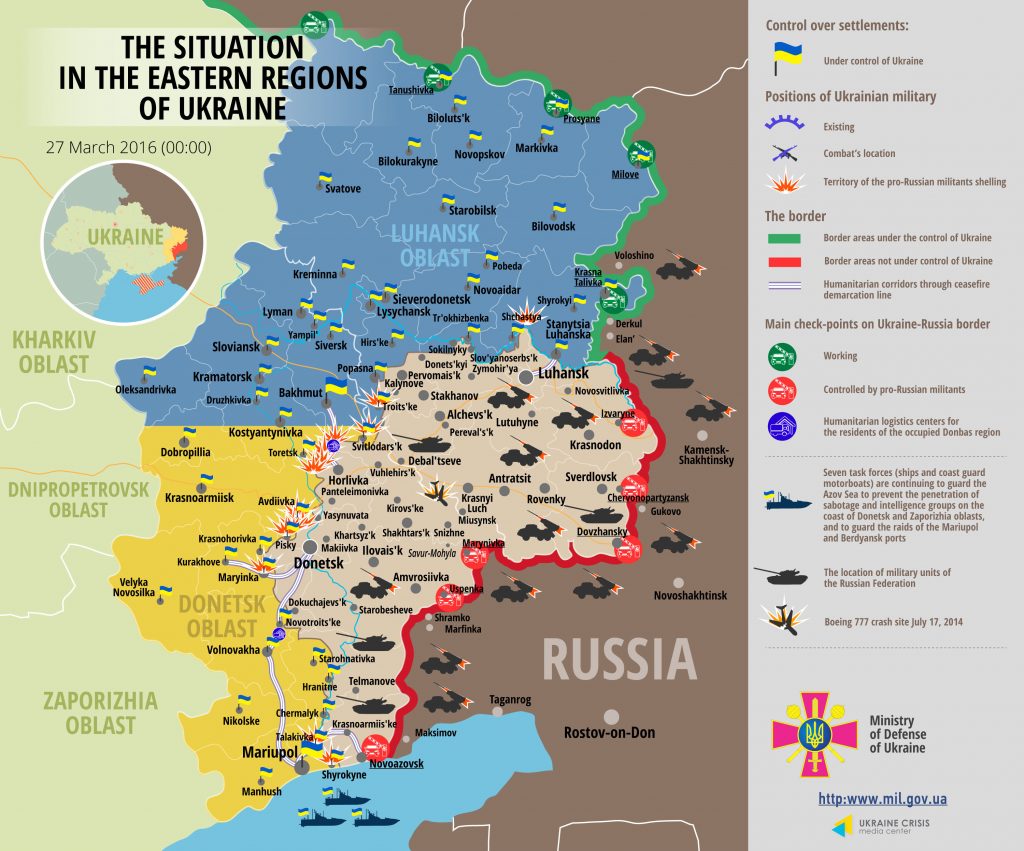 According to Col. Lysenko, Ukraine’s Security Service officers detained a pro-Russian militant in Kramatorsk. The local inhabitant joined Russia-backed militant group in spring 2014 and kept armed watch at checkpoints. Due to non-payment of money and extortion he abandoned the arms and came back home where he was hiding from law enforcements. “On the contrary, another former militant joined the program “You are waited for at home” and returned to his family. A resident of Sloviansk joined Russia-backed militant group in 2014.Having received weapons, he was inspecting vehicles at checkpoints, digging trenches, building firing positions and unloading ammunition. After a time, he understood all the hypocrisy of the ‘Russkiy Mir’ ideas and came to the territory controlled by Ukraine, joining the program “You are waited for at home”, informed the spokesman.