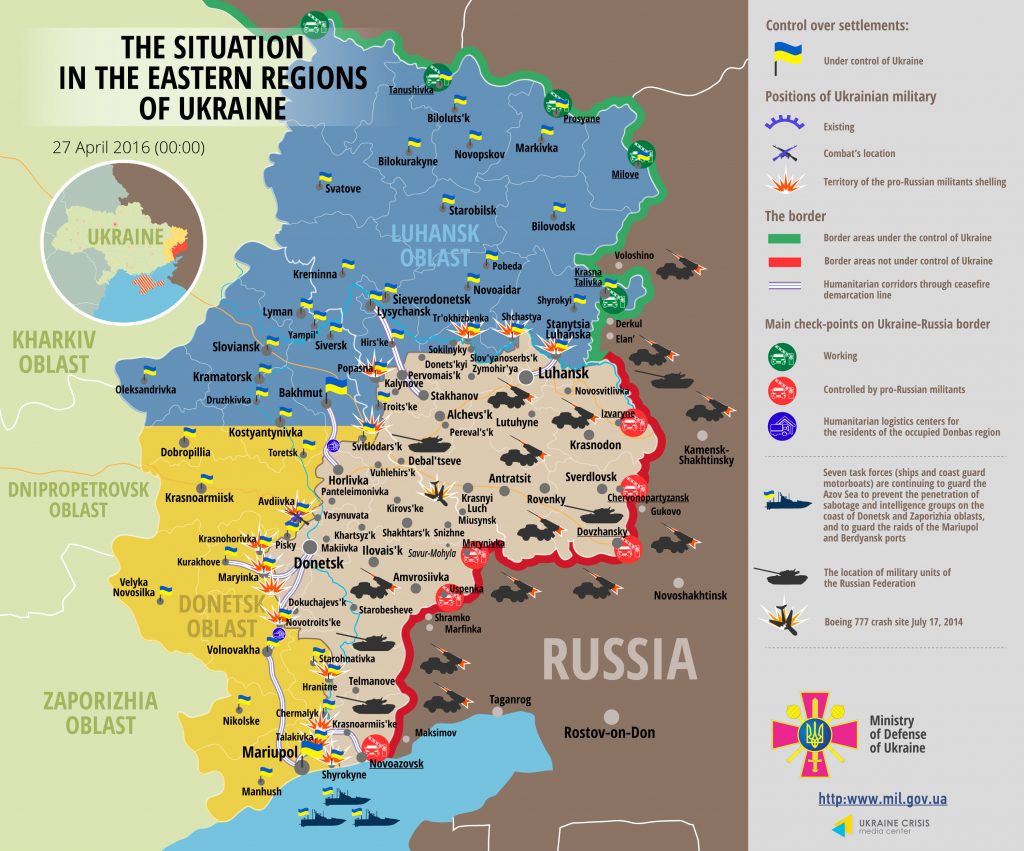 Militants shelled ATO troops’ positions in the Mariupol sector 22 times, precision fire in almost all the cases. “Occupants were the most active near Mariinka, on the crossroad of Donetsk-Mariupol road and the frontline, Hranitne, Pavlopol and Shyrokyne. Militants use armored personnel carriers, mortar launchers and snipers,” said the spokesman. Militants shot six times in the Luhansk sector in different areas – Stanytsia Luhanska, Shchastia, Triokhizbenka and near Popasna. “Ukrainian Armed Forces incurred no losses in combat yesterday, but five troops were wounded,” informed Col. Lysenko.

The Security Service of Ukraine jointly with the Armed Forces troops detained a female militant of self-proclaimed “Luhansk People’s Republic” (“LPR”) with nom de guerre “Kseniya”. “The detainee joined the ranks of the militants together with her husband 18 months ago and took a combat course in Stakhanov and Almazna. The woman was an enemy combatant and participated in the battle for Debaltseve as a mortar launcher operator,” informed Col. Lysenko. A passport and an ID issued by the self-proclaimed “LPR” and a personal metal badge of “the armed forces of Novorossiya” were ceased from the detainee.

A police officer prevented a tragedy in Mariupol yesterday, ceasing ammunition from children in time. “The children were playing with a glass jar containing four hand grenades and cartridges of various calibers,” explained Col. Lysenko.