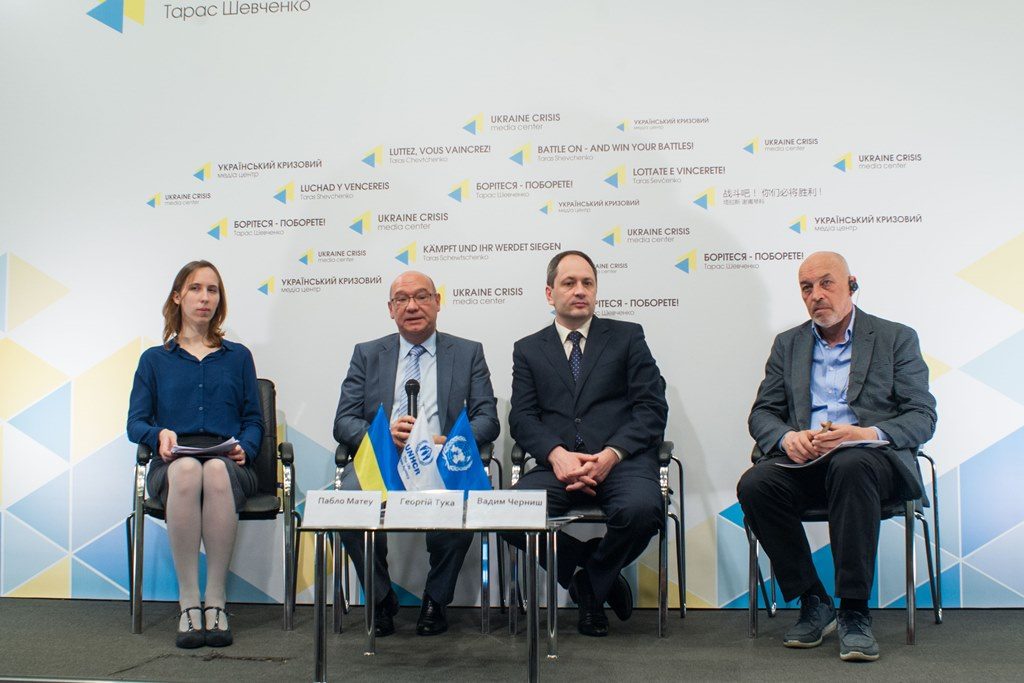 Positive or neutral attitude towards internally displaced prevails in hosting communities. These results from a public opinion poll commissioned by UNHCR on the first media occasions for the Head of the newly established authority – Ministry on the Affairs of the Temporarily Occupied Territories and Internally Displaced Persons and his Deputy.

Kyiv, June 9, 2016. Overwhelming majority of interviewed – 90 percent have positive or neutral attitude to internally displaced persons. Same number of respondents is of the opinion that they are entitled to same rights and duties as rest community members. Sixty five percent form their attitude based on the signals distributed by media. This is the data of the Kyiv International Institute of Sociology (KIIS) voiced by Georgiy Tuka, Deputy Minister on the Affairs of the Temporarily Occupied Territories and Internally Displaced Persons at a press-briefing at Ukraine Crisis Media Center. “Media have to realize the extent of responsibility they bear when they make statements, publish materials or distribute certain information,” said Tuka.

Vadym Chernysh, Minister on Affairs of the Temporarily Occupied Territories and Internally Displaced Persons noted that it is the community itself that suffers the most from the inflow of IDPs. “Our task is to see how people react to arrival of these persons and to realize how we can solve their problems. There is a series of non-material things for example there are people who are indifferent, who do not have interest or do not understand why it happened. We have to improve the way in which the people who were forced to move are perceived,” the Minister is convinced. He also emphasized that positive attitude towards the IDPs will be a strong signal for the people residing on the temporarily occupied territories. Pablo Mateu, Head of UN Refugee Agency (UNHCR) in Ukraine said the organization had conducted a series of meetings with IDPs and received the information on their problems and needs. “However it is important to not only support the internally displaced persons but to also encourage people to treat them in a more supportive way,” he noted.