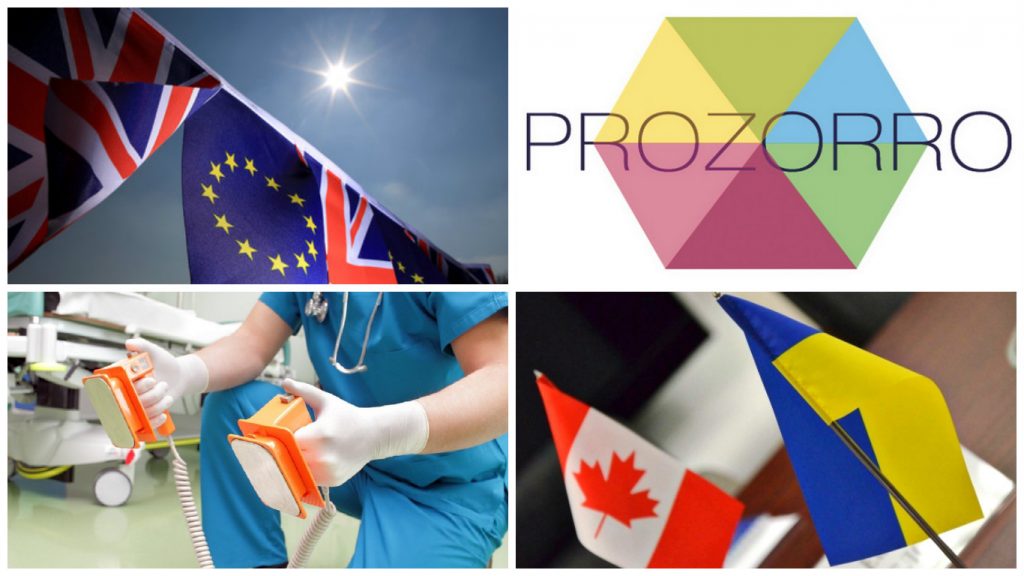 The first reaction is disappointing so far. The value of the pound decreased by 10% (reached a minimum since 1985), the world markets also reacted correspondingly (index decline was 7.9%).

Needless to say about Ukraine that even without this referendum is facing considerable challenges on the thorny path to a visa-free regime with the EU and to Eurointegration. Apparently, the Ukrainian issue will hardly appear on the European agenda soon.

Therefore, it is time for a quick comprehension of the situation and adjustment of the Ukrainian government policy (including its communication component) towards the EU with consideration for the internal processes in the European Union. Hopefully, it will be done quickly and will be considered a victory, because a high price has been paid for this victory.

The world reactions to the results of the referendum in the UK:  http://www.bbc.com/news/uk-politics-eu-referendum-36614643

The reaction of global markets to the results of the referendum in the UK: http://www.bbc.com/news/business-36616430

From procurement to sales: the system of electronic public procurement ProZorro increases the area of its activity. This time it concerns approaches to selling the property of banks under liquidation. The topic is more than urgent, because the banking system is undergoing clearing, so many disappear because of liquidation procedures, and then the question of how to sell their property arises. The price of the question is more than $ 440 billion. On the other hand, the process of selling such property leads to periodic complaints due to lack of transparency. So, ProZorro approaches which proved to be effective in public procurement will be applied to solving problems in the banking system. Technically, this intention will be realized through organization of decentralized auctions – similar to ProZorro auctions, but they will aim at higher prices. The system is 95% ready to be launched in test mode – thus, we will feel the results by the end of this year.

More details – in the Memorandum of Cooperation between the Ministry of Economic Development and Trade of Ukraine, Deposit Guarantee Fund, the National Bank of Ukraine and Transparency International Ukraine on the establishment of electronic auctions for sale of property of banks under liquidation, based on the technology and principles of ProZorro http://bit.ly/28TuZMO

Any organization or system resists changes. And the realm of health care is one of the most typical examples in this sense. But if you knock long – the door will open. This is the logic followed by volunteers when they demanded to change approaches to treating patients in intensive care units. They insisted on access to patients in these units, as is the case in the whole civilized world. You may think intensive care is one thing, and reforms are quite different … But people, their rights and freedoms are above everything else. Changing attitudes and approaches to persons who found themselves on the brink of life and death, is a kind of changes marker. And they seem to have come. The Ministry of Justice has registered the order which allows a 7/24 access to intensive care units.  This technical decision will result in saved lives.

Information about the order http://bit.ly/28RI3gu