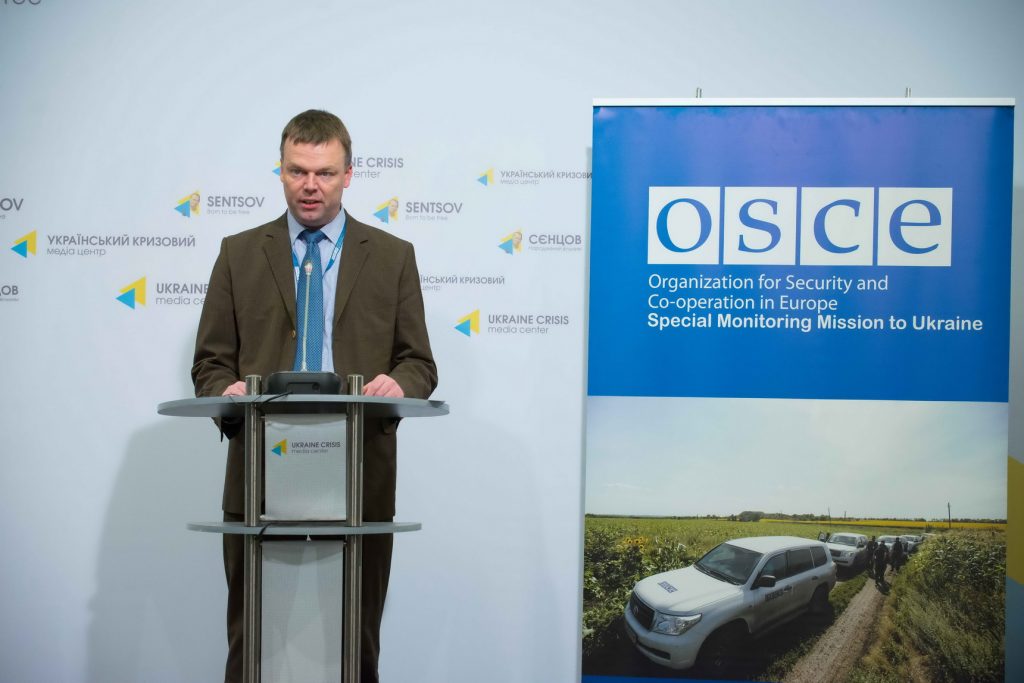 Kyiv, June 30, 2016. Last week – like the week before – the OSCE Special Monitoring Mission (SMM) recorded a fifty percent decrease in the level of violence. The Avdiivka-Yasynuvata-Donetsk airport area still constituted approximately half of all ceasefire violations. However, the decrease in violence was particularly pronounced there, with a 65 percent drop compared to the previous week. The Svitlodarsk-Debaltseve road – another major hotspot – also saw a significant decrease in violence. By more than 50 percent. The level of violence in the Shyrokyne-Kominternove area remained high – constituting about 20 percent of the total – but unchanged from the previous week. There was an increase in the level of violence on the northern and western outskirts of Horlivka. That was announced by Alexander Hug, Principal Deputy Chief Monitor of the OSCE Special Monitoring Mission in Ukraine at Ukraine Crisis Media Center.

“Our camera in Shyrokyne recorded 90 impact explosions, followed almost immediately by more than 20 outgoing multiple launch rocket system rounds. They were fired from a position two kilometres to the north-east in a north-north-easterly direction”, he added. In Svitlodarsk-Debaltseve area monitors heard over 160 explosions. According to Mr Hug, the Joint Centre for Control and Coordination has also told the SMM that the Ukrainian Armed Forces have suffered casualties – 13 wounded and two killed in action. He also introduced statistics from the United Nations. According to it over nine and a half thousand people killed since the start of the conflict, and almost 22,000 injured.