Kyiv, July 2, 2016. According the information from the Chief Intelligence Directorate of the Ministry of Defense of Ukraine, a subdivision of the 331st parachute regiment of the 98th division of Airborne Forces of the Russian Federation (home base – Kostroma) arrived to Donbas. Russian raiders will be engaged in subversive and reconnaissance activities in Luhanske-Krasnohorivka frontline area, informed the spokesman of the Presidential Administration on ATO related issues Colonel AndriyLysenko at a press briefing at Ukraine Crisis Media Center. 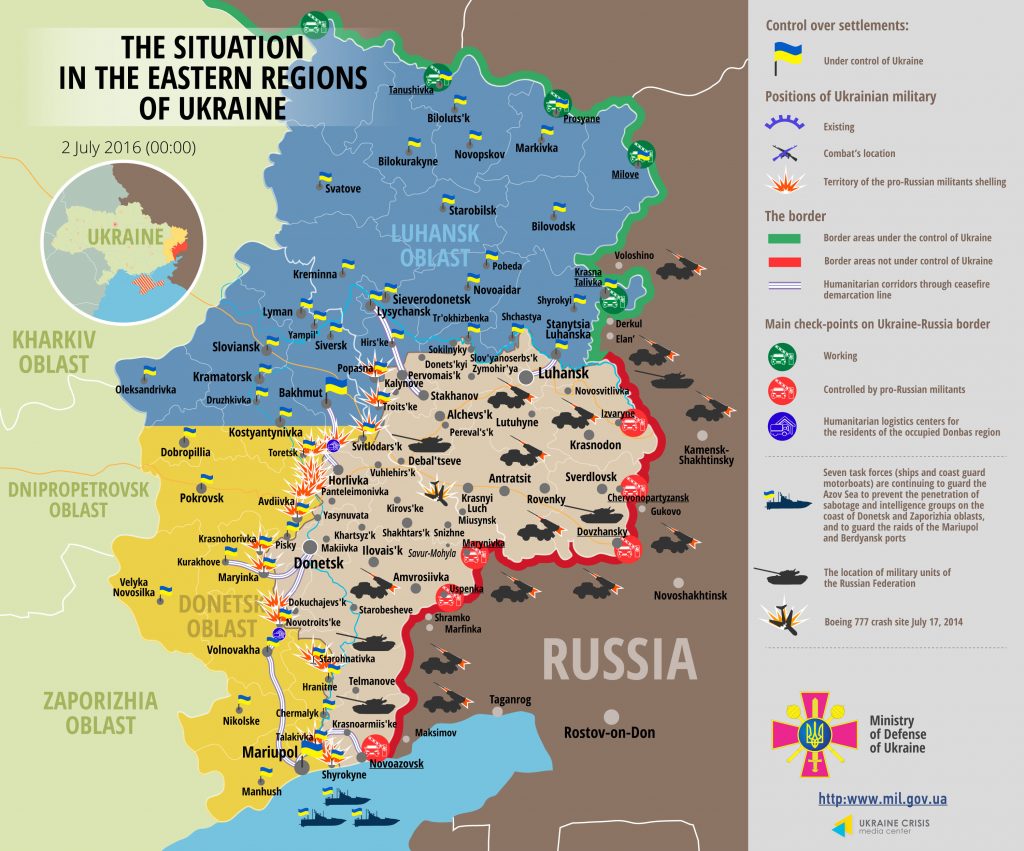 ATO troops registered one flight of militants’ unmanned aerial vehicle yesterday. One Ukrainian serviceman died in combat and two were wounded. Ukrainian Armed Forces incurred these casualties in the Donetsk sector. Col. Lysenko informed that five militants died and seven were wounded from five militants’ subdivisions – so-called 9th and 11th regiments as well as 3rd, 4th and 7th brigades. So-called 9th separate motorized marine assault regiment (home base – Novoazovsk) acting in the Mariupol sector incurred the biggest losses. “Considering high level of substantial combat losses of this unit, as well as repeated refusal of militants to fight and numerous cases of deserting, the command made a decision to strengthen this regiment instantly. For instance, 100 criminals who were serving their penalty on the territory of the temporarily occupied Donetsk region joined it recently. They signed contract to do service in the ranks of Russian occupational forces and were amnestied,” elaborated the spokesman.