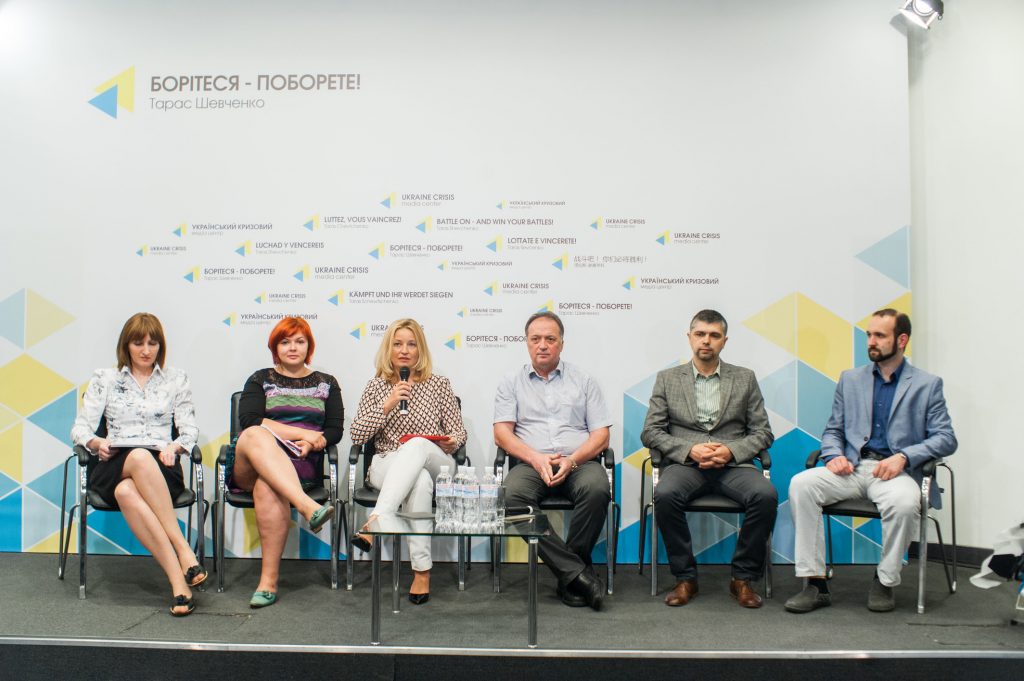 Kyiv, July 6, 2016. 79 percent of Ukrainians do not know the meaning of the term “e-democracy.” And 46 percent believe that it is a mechanism of communication between citizens and not between citizens and the government. Ukrainians use the Internet more often now, but they mostly search for information there, and do not use it to participate in public life, community life, and to mobilize for collective actions and control over the government.

E-democracy tools
Key findings of the new report “E-Democracy in Ukraine: Citizens and Key Stakeholders’ Perspectives” were presented by Jordanka Tomkova, PhD – EGAP Program, INNOVABRIDGE Foundation at Ukraine Crisis Media Center. “Ukrainians generally do not use technologies to participate in public life. The main reason is lack of tools. However, recently they have gradually started appearing. These are electronic petitions, open data, etc. Now it is important to properly introduce these tools to citizens and encourage using them. Another important factor – that these tools have a real impact,” she said. Ms. Tomkova proposed to prepare the necessary legislation and focus on developing local democracy in Ukraine.

Local decision making
Scientific community interprets e-democracy as “social activity and moral responsibility, in fact, it is a phenomenon that rises from the bottom and is not imposed from the top”, said Natalia Haraschenko, expert at the Center for Innovations Development, National University of “Kyiv-Mohyla Academy. However, there still is a tendency to paternalism in the Ukrainian society. The tradition is to make decisions at the central, not local level, hand-in-hand with corruption and tendency to illegitimate practices, business in shadow – all of these factors prevent proper development of electronic democracy in Ukraine.

Natalia Haraschenko also stressed on the differences between real and virtual communication. “They are different, and it is worth taking into account. We should not reject off-line communication. It can sometimes be much more useful and effective than the electronic. It is worth combining these two types,” stated the expert.

Civil servants are not ready and not motivated for the introduction of electronic technologies, noted Andrii Semenchenko, National Academy of Public Administration. Among the obstacles the civil servants mention declarative nature of legislative acts, lack of strategy, digital nonequality due to different accessibility to electronic communication means, as well as undemocratic interaction between authorities.

Prerequisites for e-democracy success
Dmytro Khutkyy, manager of E-Democracy Group of the Reanimation Package of Reforms, voiced the civil society’s attitude. “Electronic democracy cannot exist alone. It should be based on democracy in general. There should be a certain political culture and institutional capacity,” he noted. Mr. Khutkyy added that although only one in four people knows about such e-democracy tool as electronic petitions, two thirds of these people support this tool. Therefore, it is important to develop public awareness.

According to Mariya Boguslav, Executive Director, SkillsAcademy, Ukrainian youth believe that there is no democracy in our country. “Young people are tired of populist rhetoric about democracy. Useful tools for solving everyday human problems rather than “democracy” should be promoted. And then youth will understand that this is electronic democracy, and will fight with corruption,” explained Ms. Boguslav.  Currently Skills Academy is developing an information campaign for “those 80 percent” who have no idea of ​​e-democracy. “Electronic democracy is a tool to light up a dark room. Stability, absence of corruption, clear rules of the game and access to resources are important for business,” added Volodymyr Nochvay, Platform “New Country.”