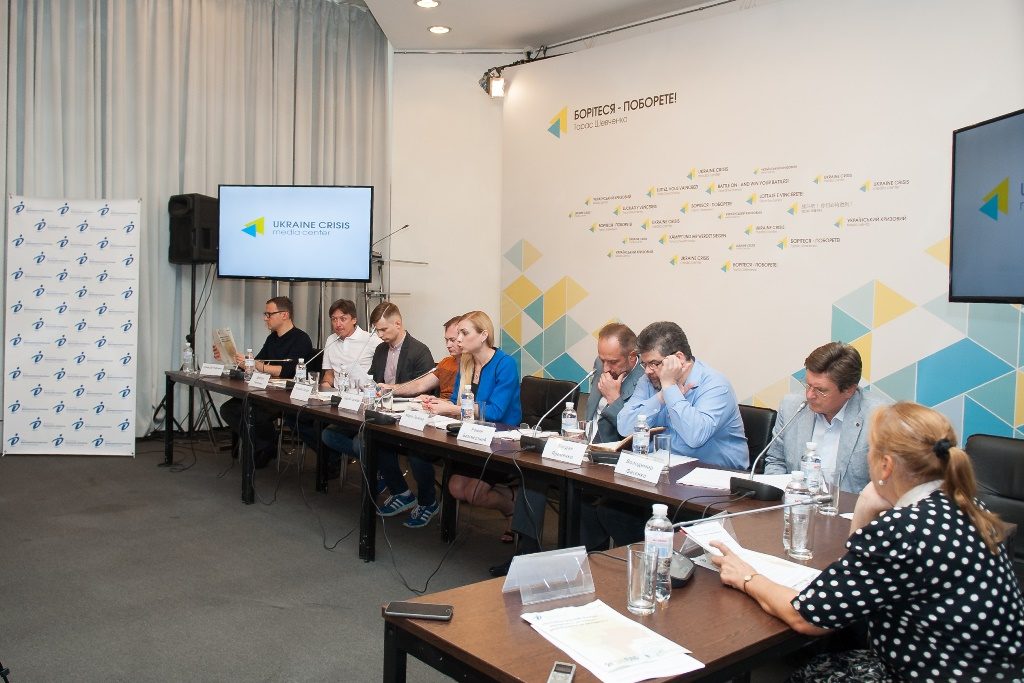 Sociologists studied what Ukrainians think about this and what compromises they are ready for. The findings were presented at UCMC.

Kyiv, July 19, 2016. 47 per cent of Ukrainians are willing to compromise in negotiations to achieve peace in Donbas. These compromises do not include elections in Donbas under the current circumstances, nor a “special status” of the region.

In the south and Donbas, a third of Ukrainians are ready for any compromise. However, 13-14per cent of Ukrainians believe that it is possible to return the temporarily occupied territories through military actions. 43 per cent of respondents oppose holding elections in the temporarily occupied territories; almost as many, 48 per cent – against granting them a special status.

What the residents of Donbas think

Over the last year, The view of residents in Donbass on the introduction of peacekeeping forces has changed significantly. Last year, only 16 per cent were for and 68 per cent against, now these figures are 39 per cent and 36 per cent respectively.

Iryna Bekeshkina, Director of Ilko Kucheriv Democratic initiatives Foundation, said that the opinion of residents in Donbass, in the liberated territories, is very different from that of residents in the temporarily occupied territories due to the influence of propaganda. Sociologists conducted a telephone survey in order to learn the ​​public opinion behind the demarcation line.

How to resolve the conflict: ​​citizens’ idea

Most Ukrainians – 41 per cent – believe that the main instrument of resolving the Donbas conflict is international economic and political pressure on Russia, which will eventually force it to come out of the conflict. 28per cent consider that this will contribute to establishing normal life in the liberated territories. However, people have various views on the state policy in temporarily occupied territories. 23 per cent support complete cessation of contact, 19 per cent – for ensuring that communications are limited, but people can cross the demarcation line and get social benefits in the free territory. 12.5 per cent ​​favor the preservation of certain trade relations, and 16 per cent – for soft gradual reintegration with the implementation of the political part of the Minsk agreements.

The results of expert discussion on the prospects and ways to reintegrate Donbas showed that there is no common opinion among experts either.

According to Roman Bezsmertnyi, Extraordinary and Plenipotentiary Ambassador of Ukraine to Belarus (2010-2011), Member of the Trilateral Contact Group for Ukraine, suggested focusing on “gradual and, perhaps, long-term reintegration of these territories.”

According to him, the framework of the Minsk process will hardly provide all the answers.

According to Volodymyr Fesenko, Head of the Board, Center for Applied Political Research “Penta,” currently the talks have been brought to a stalemate because the issues over which Ukraine is prepared to compromise with the leaders of the self-proclaimed “republics” do not suit the latter, and vice versa. Elections on the temporarily occupied territories, in his opinion, may be the key to the conflict resolution and reintegration of territories. “The election is a tool for disbanding the “DPR “and “LPR,” but their disbandment should be started during the election process.

Bogdan Yaremenko, Head of the Board, Charity Foundation “Maidan of Foreign Affairs,” noted that now Ukraine has room for maneuver as to “special status.” “Today, the context as well as these issues of federalization, separate status and autonomy from Kyiv can be easily substituted and included in the issue of decentralization. But it is not about political decentralization or decentralization of regions. It is about budgetary decentralization – more money will remain for local communities. Amendments to the Constitution can create a field that will allow us to say: “We are decentralized. This corresponds to international practice. It suits all regions of Ukraine, because it suits all local communities.” […] It can also change an internal field and the situation for Ukraine in the negotiations,” the expert believes.

Dmytro Tkachenko, expert at analytical center “Factory of thought ‘Donbas’,” stressed that Ukraine’s  strategy of reintegration of territories and policy towards them should be focused on gaining the trust of people who remain behind the delimitation line rather than on restoring control over the territory. Bogdan Yaremenko and Vitaliy Sizov, analyst, Donetsk Institute of Information, stressed the need for maintaining communication channels with residents of the temporarily occupied territories. Any isolation will contribute to increasingly growing alienation. “Our task is to take young people who want to depart from there and fix them here, because in 10-20 years, this generation will reintegrate this territory. Without returning universities, media, NGOs it will be very difficult to do something there,”  pointed out Oleksiy Ryabchyn, MP (“Batkivschyna” faction).