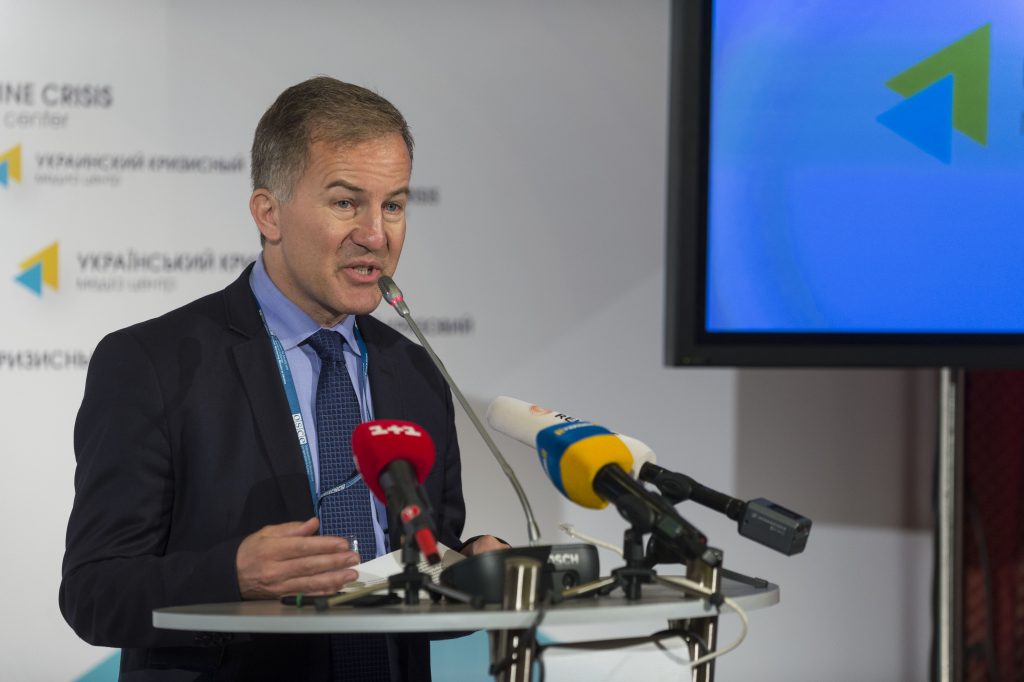 Kyiv, June 20 2014 – Internally Displaced People (IDP) are becoming a bigger topic as the time goes by. There has been a large flow of people leaving Eastern parts of Ukraine over the last few days. There is no more fighting in Luhansk, but people are massively leaving the city, forming long queues in the train station.

“In the past 24 hours in Kharkiv there are a total of more than 500 IDPs and many of them have been accommodated with the local families”, reported Michael Bociurkiw, a spokesman of the OSCE Special Monitoring Mission to Ukraine at the briefing in Ukraine Crisis Media Center.

Special Monitoring Mission (SMM) has ten teams in ten cities to monitor the flow of IDPs. The SMM head office in co-operation with UNHCR Office in Ukraine, have organized a joint training to monitor and report on the current situation regarding IDPs.

The latest figures show that more than 500 IDPs from Crimea are located in Odessa and around 100 are from Eastern Ukraine. However, there are many who do not present themselves to register with local authorities when they arrive to their destination, in this case IDPs cannot get the needed support.

Mr. Bociurkiw also updated on the two missing monitoring teams: “Contact has been reestablished with Donetsk and Luhansk monitoring teams, who have been lost 25 and 22 days ago respectively. It came as a big relief to us and we can tell you that they are all unharmed and not in bad shape. There are a lot of behind the scene going on to secure their immediate and unconditional release”, he said.

Mission has been working in Ukraine for more than two months now, the total strength of the SMM is now more than 330 people, including local staff, with 238 international monitors, including ten team leaders and eight monitors still unaccounted for. A further 11 monitors have been selected and are waiting to be deployed.