Militants were shooting in the Donetsk sector “traditional flashpoints” and carry out aerial reconnaissance.

Kyiv, September 2016. It is the first time in the past two weeks that certain escalation in the frontline in the ATO zone is observed. “Militants violated the armistice 40 times in the past 24 hours. Moreover, contrary to the previous agreements, militants are hindering international observers’ efforts along the demarcation lines and in the areas where troops and equipment are to be disengaged,” informed Colonel Andriy Lysenko, spokesman of the Ministry of Defense of Ukraine on ATO related issues at a press briefing at Ukraine Crisis Media Center. 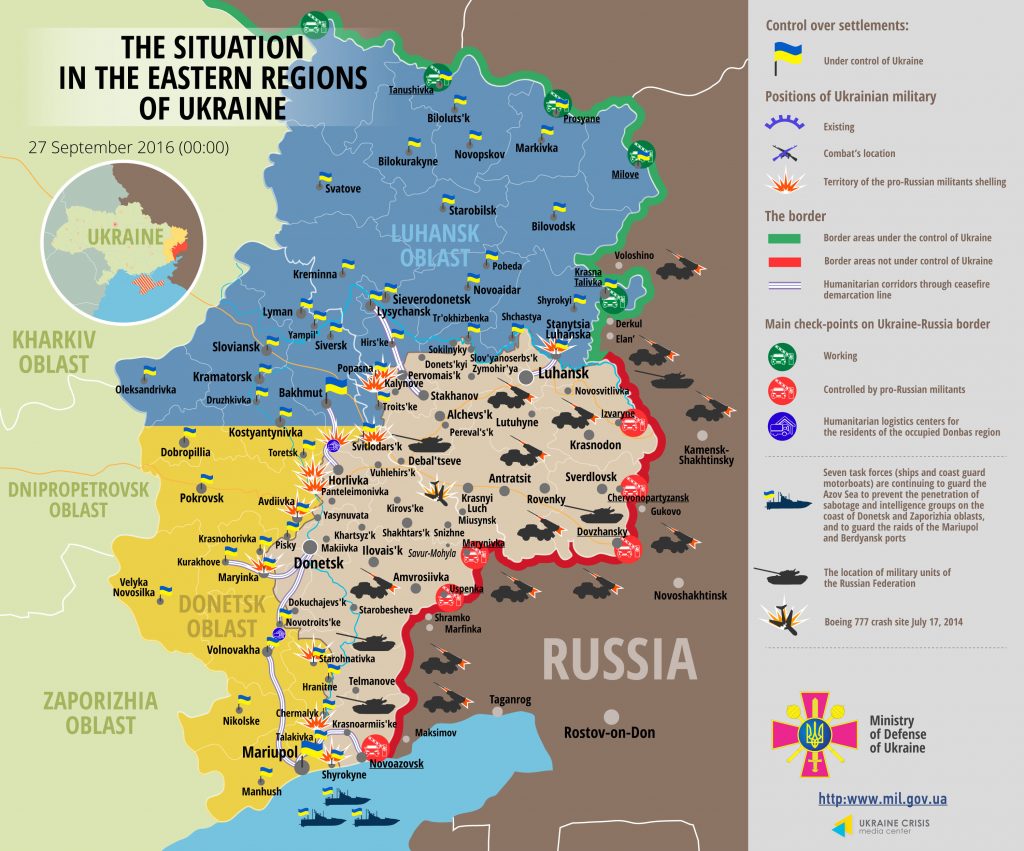 Ukrainian Armed Forces incurred no losses in combat in the past 24 hours, and three troops were wounded.

Mortar attacks prohibited by the Minsk agreements were registered in the Donetsk sector. “For instance, militants launched 18 mortar shells from 120-mm mortar launchers and were shooting from armor in the vicinity of Lozove village. Moreover, they launched six mines near Zaitseve,” said the spokesman. Armed militants’ provocations continue in Zaitseve, Troitske, Verkhniotoretske and Avdiivka. In total, militants shot at Ukrainian positions 12 times in the Donetsk sector. Two flights of insurgents’ unmanned aerial vehicles took place.

Two thirds of provocations in the Mariupol sector took place in Mariinka, where Russia-backed militants were shooting from light weapons. Moreover, the situation was restless near Pavlopil and Shyrokyne, and militants delivered one attack from armored personnel carrier near Starohnativka. “So the biggest number of hostile attack took place in this area,” summarized Col. Lysenko.