Attacks in the Donetsk sector last between 30 minutes to 2.5 hours, and in the Mariupol sector militants attack ten times using heavy arms.

Militants launched 50 mortar shells and 14 artillery and tank shells at Ukrainian positions in the Mariupol sector, informed the spokesman of the Ministry of Defense of Ukraine on ATO related issues Colonel Oleksandr Motuzyanyk at a press briefing at Ukraine Crisis Media Center. Main hostilities continue at seacoast area. “Occupants used a tank and mortar launchers in Krasnohorivka. Another militants’ mortar attack took place in Slavne south of Mariinka,” said Col. Motuzyanyk. In total, ten militants’ attacks took place in the Mariupol sector yesterday, and eight of them involved use of heavy arms. 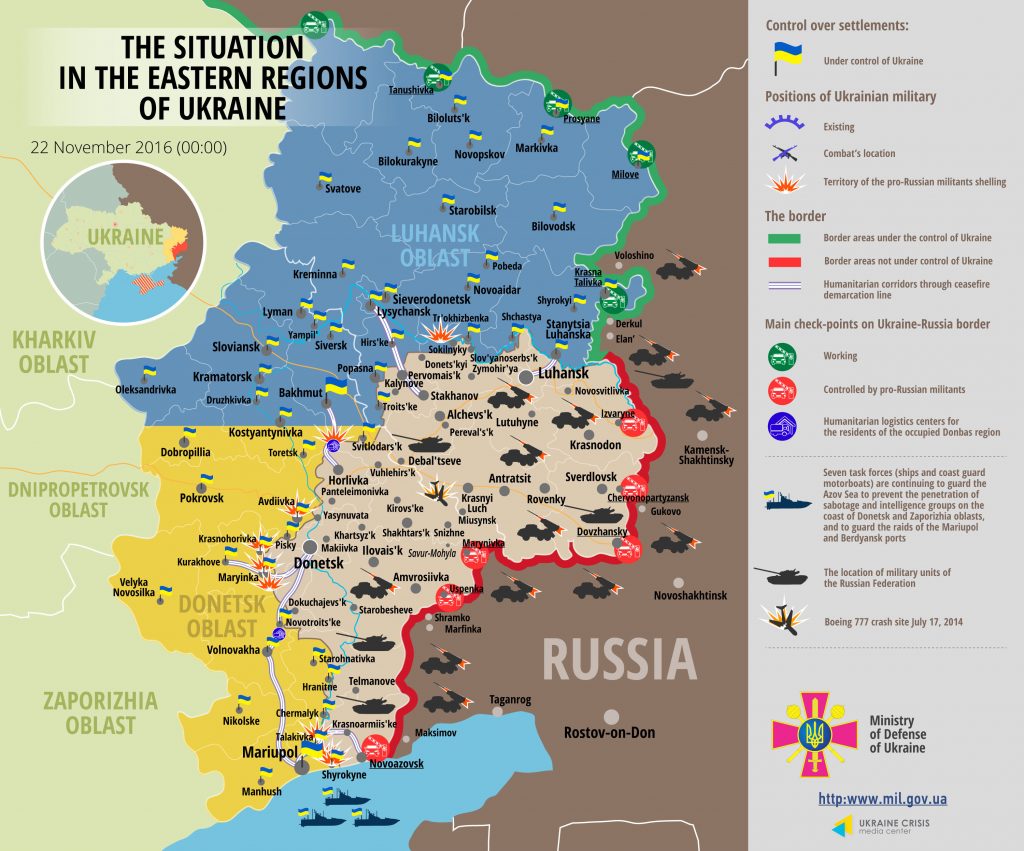 The day in the Luhansk sector started with a militants’ mortar attack in Krymske which lasted ten minutes. Russian proxies violated the ceasefire two times in the same area in the afternoon. “The armistice held in other areas, first of all in Stanytsia Luhanska and near Popasna,” added Col. Motuzyanyk. In total, three militants’ attacks took place in the Luhansk sector, and one involved use of heavy armor. Russia-backed militants violated the ceasefire in Zaitseve and Avdiivka in the Donetsk sector. All attacks took place in the afternoon and lasted between 30 minutes to 2.5 hours. In total, four militants’ attacks took place in the Donetsk sector, and two of them involved use of mortars. Militants launched over 40 mortar shells at Ukrainian positions.

According to Ukrainian military intelligence, Russia continues providing supplies to the militants. “450 tons of fuel and three wagons with spare parts for tanks arrived at Khartsyzk, and six railway carriages with ammunition came to Ilovaisk,” said the spokesman.