“Vodiane was the main flashpoint in the Mariupol sector. First artillery and then intense mortar attack happened there between 12 and 2 p.m., said the spokesman of the Ministry of Defense on ATO related issues Colonel Oleksandr Motuzyanyk at a press briefing at Ukraine Crisis Media Center. Main hostilities continue in Pavlopil-Shyrokyne frontline area, but militants violated the ceasefire in other places in Mariinka and Volnovakha area too. In total, Russia-backed militants made 3 attacks in the Mariupol sector yesterday, and three of them involved use of heavy armor. 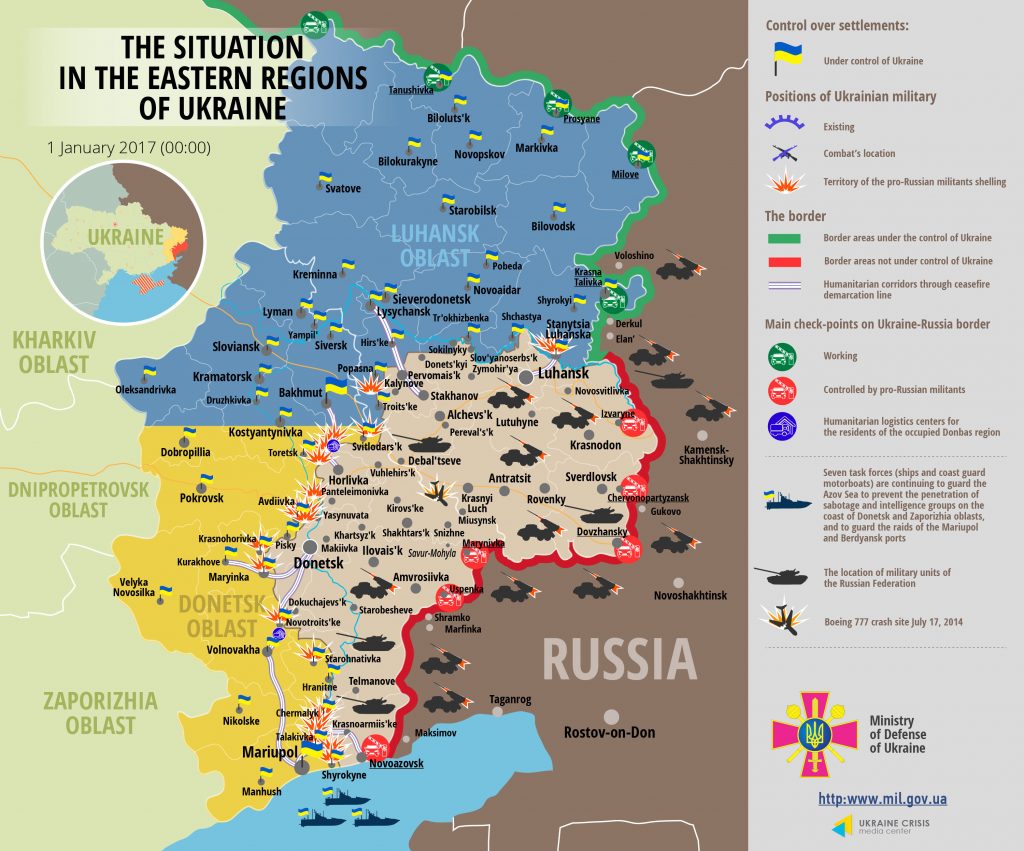 Ukrainian Armed Forces incurred no losses in combat yesterday, and one serviceman was wounded in Zaitseve in a shelling.

Three brief militants’ attacks took place in the Luhansk sector: two in Stanytsia Luhanska and one in Novozvanivka. No heavy arms were used.

A series of attacks involving use of light weapons took place in all key defense points yesterday: in Luhanske, Zaitseve, Avdiivka, Butovka coal mine position. “Occupants started a mortar attack at the Svitlodarsk bulge before the very New Year, and it ended after the midnight,” said Col. Motuzyanyk. In total, 11 militants’ attacks took place in the Donetsk sector yesterday.