Over the half of all militant attacks during yesterday took place in the Mariupol sector, with Shyrokyne and Vodyane being hotspots. Svitlodarsk bulge, the site of fierce combat last December, becomes epicenter of violence in the Donetsk sector once again.

For the first time in several weeks epicenter of violence in the Donetsk sector of the combat zone moved to the Svitlodarsk bulge. Russia-backed militants launched 37 mines, used armored vehicles and light weapons against the Ukrainian troops. One more mortar attack by militant groups took place in Zaitseve. “The situation has considerably improved in the area of Avdiivka. Eighty-minute breaks were registered between active combat actions there. Hostile attacks with the use of small arms and particularly sniper rifles continue in Novhorodske, Opytne and Pisky,” said Colonel Oleksandr Motuzyanyk, spokesperson of the Ministry of Defense of Ukraine on ATO related issues during a press-briefing at Ukraine Crisis Media Center. Russia’s proxies made a total of 19 attacks in the Donetsk sector yesterday, four of them involved the use of heavy weapons. 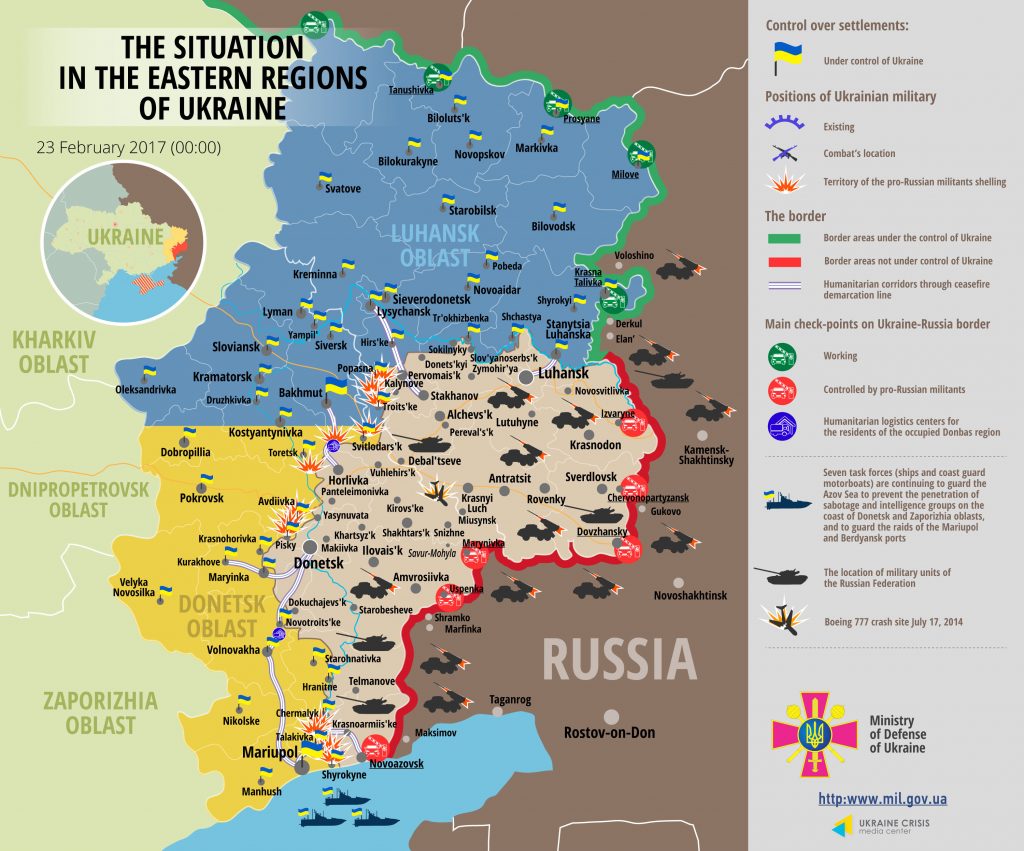 In the Mariupol sector combat actions were active only between Pavlopil and Shyrokyne. “Vodyane and Shyrokyne suffered the fiercest attacks. Enemy launched over 130 mortar mines, 56 artillery shells and several shells from the “Grad-Partisan” portable system onto Ukrainian positions,” ATO spokesperson said. Two most powerful attacks militants made with heavy weapons happened between 6 am and 7 am as well as in the second half of the day between 3 pm and 5.30 pm. A total of 32 militant attacks were registered in the Mariupol sector yesterday. Seven of the attacks involved heavy weapons.

In the Luhansk sector militants made three attacks, one of them included the use of mortars. “They all took place in the Popasna area in the evening. It was quiet between the state border with Russia and Zolote village yesterday,” Colonel Motuzyanyk said.

Ukrainian troops incurred no lethal casualties over the last day, yet one serviceman was wounded in action. “The incident resulted from a hostile attack in the Luhansk sector,” ATO spokesman elaborated.

Report on the military developments as of February 22 is available here. Interactive data on the shelling: chronology shelling chart and the interactive map.