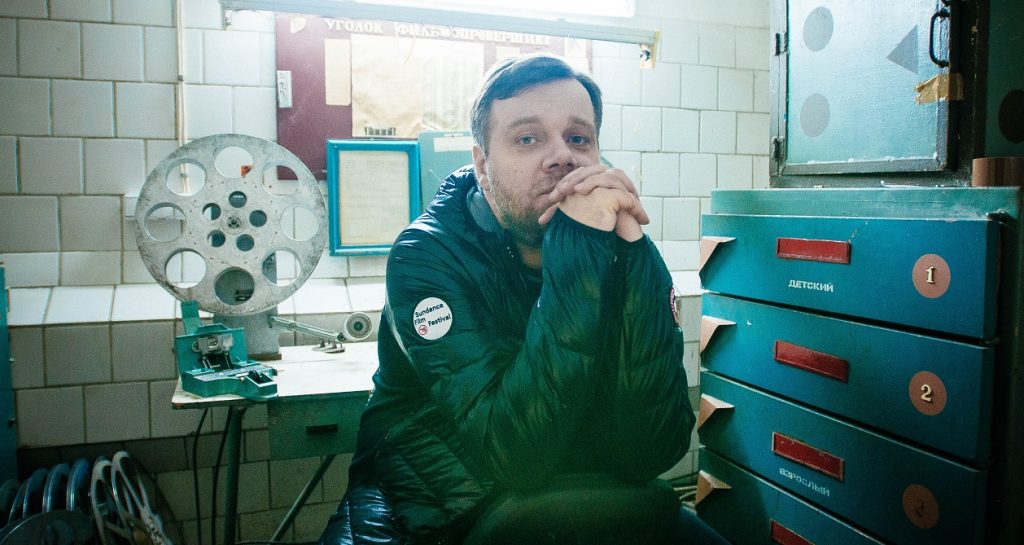 Ukrainian film director Myroslav Slaboshpytskiy became recognizable in the international arena after his first feature-length film “The Tribe” (Plemya) was out in 2014. The film is in sign language as its characters are teenagers at a deaf boarding school. In the same year “The Tribe” received three awards at the Cannes Film Festival in the Critics’ Week section. Slaboshpytskiy’s new film “Luxembourg” is a feature-length narrative film about Chornobyl, currently in production. UCMC publishes a short version of the interview that the film director gave to journalist Dmytro Desiateryk for “The Day” newspaper.

“The Day”: What is the current situation in the exclusion zone?

Myroslav Slaboshpytsky: It’s quite nervous. There’s the plant and there’s the Zone. People who work at the Chornobyl power plant come from Slavutych by train and return back home to sleep. While the people who work in the Zone – 20km away from the station, come from Ivankiv town (Kyiv region) and from Kyiv, they are moving along the Zone, they work in a wider area but not at the plant itself. Since the times of the catastrophe these two groups have been in standoff towards each other. The plant’s interest is to get hold of all the financing and resources available. While the Zone has its own interests. Sort of class resentment. But that huge Confinement that was moved over the remains of the plant incites certain fear in all the Chornobyl personnel wherever they work, that they will be left on their own, kicked out or that the financing will be cut. There are talks that many companies and institutions will be moved out of the Zone. On the other hand the Confinement still needs to be serviced. However over the last years they have been shrinking staff.

T.D.: Looking back at the Chornobyl catastrophe 30 years after, in your opinion, what’s it like in the historic perspective?

M.S.: It was the Big Bang that kick-started our independence – like the Big Bang from which the Universe started. Dissolution of the Soviet Union and revolutions followed, but Ukraine’s separation from the Soviet space started exactly at that point. As in those days “the Sovok” (the Soviet Union) was considerably falling apart. It could be seen from how the authorities were acting, in Kyiv’s claims towards Moscow that was hiding the truth. And the world got to know about Ukraine – albeit in such a situation. It is the key starting point. The Belarusians were also affected, but it turned out that after all it is a Ukrainian story.

T.D.: Who was contributing more to the liquidation?

M.S.: There were also Chornobyl [liquidators] in Russia and in Belarus. But, honestly saying, Russians did a lot for the liquidation, as in the territory of the Russian Federative Soviet Socialist Republic nuclear production facilities were located, for example, the “Mayak-2” plant that was producing weapons-grade plutonium, and the Kurchatov Institute. The so-called “kurchatnyk” (the Kurchatov Institute) came here, as they had experience of dealing with such catastrophes. Similar incidents but of a smaller scale had happened in Russia before. 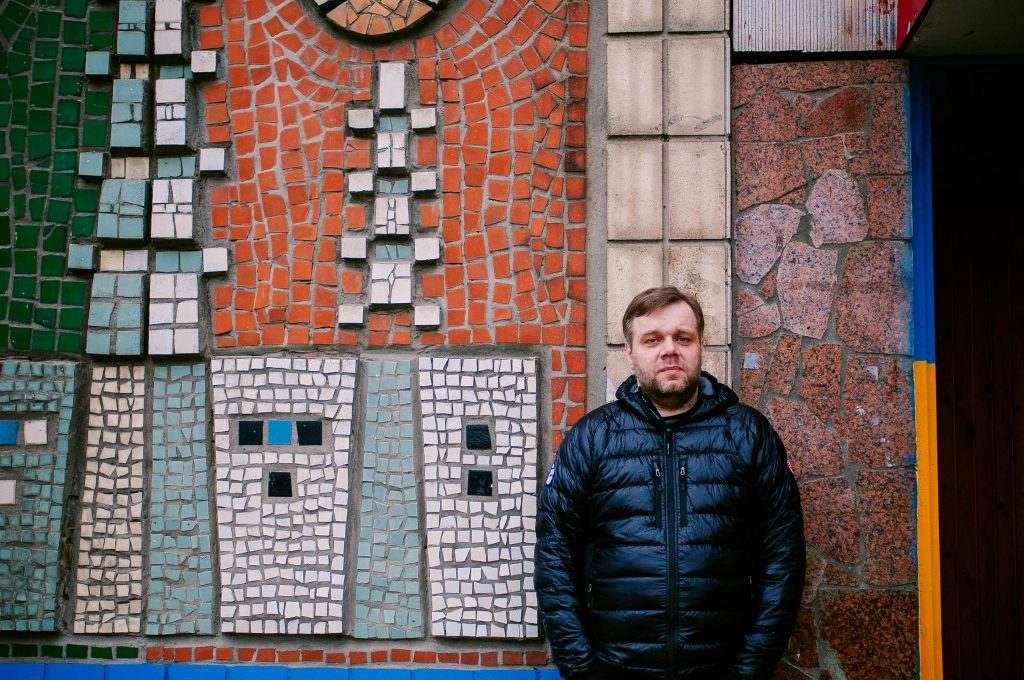 The new film: To have a look at Chornobyl from the perspective that no one has ever taken

T.D.: At what stage is “Luxembourg” now?

M.S.: I will give an inexplicit answer: we are at the production stage. I’ve been connected to the Zone for a long time, I used to work there. People get addicted to it, as if it was a drug addiction, it is what happened to me as well. I now want to shoot a comprehensive film about it and be done with this, so to say. To make it the way that no one has done before.

T.D.: But it seems that there is quite a number of films about the Zone…

M.S.: And at the same time no one has seen it on screen in detail, that’s why no one has ever got so deep there. It does not mean that there will be some sensational discoveries in “Luxembourg”. I would even say that in comparison to journalistic investigations about the Zone and the catastrophe that are being constantly published my film is even a justification to some extent. We are trying to have a look at Chornobyl from the perspective that no one has ever taken.

M.S.: The film is called “Luxembourg” because when you come there you are being instructed on safety, and you are told that the territory of the Chornobyl zone is equal to that of Luxembourg. [Fragment of the interview to Hromadske Radio].

M.S.: The Chornobyl project was supported by several countries – France, Germany, Norway and the Netherlands. [Apart from the foreign financing the “Luxembourg” film received 10 million hryvnia (over 340 thousand euro) of the state financing – UCMC.] The Cannes Festival was in May 2014. When I came to present the project at CineMart in Rotterdam in the end of that year, we already had some support. In the beginning of 2015 the project received an award for the screenplay at the Sundance Film Festival. We saw the film growing even before the shooting started. […] 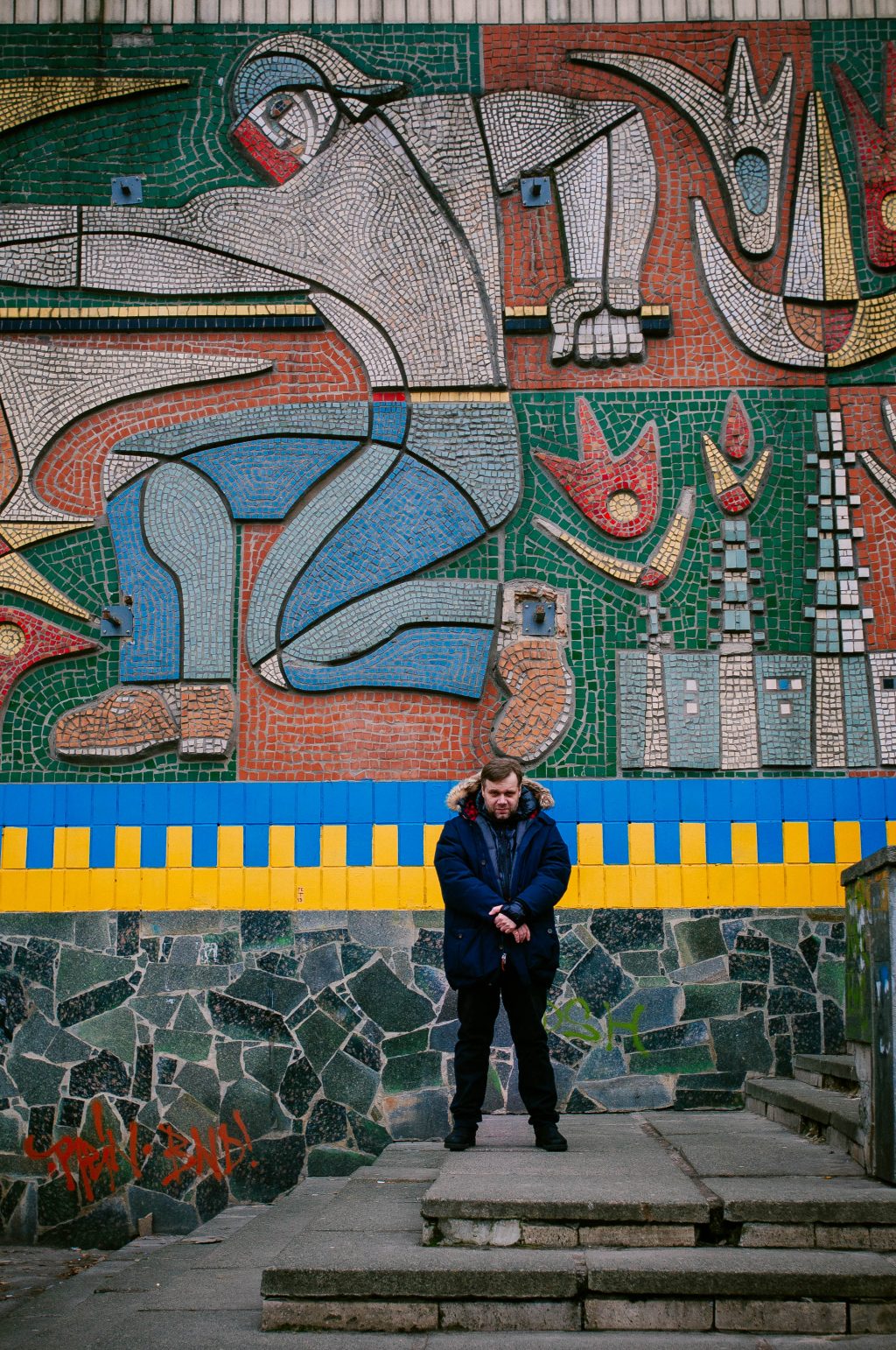 The country of Dostoyevsky, Tolstoy, Diaghilev and of the Bolshoi Theatre attacked some territory

M.S.: Books and films make this or that country not just a place on the map but a certain phenomenon that provokes empathy on the part of intellectuals – the people who are anyway forming the agenda of their governments through the mass media. When the war started, because Ukraine was not taking care of its culture, the position of intellectuals in the west was the following: the country of Dostoyevsky, Tolstoy, Diaghilev and of the Bolshoi Theatre attacked some territory. I was in France and I saw it. Or quite recently I was explaining to an American that Chornobyl is not in Russia, and he was very much surprised. […]

M.S.: In the present-day secularized society culture is in a certain sense a secular substitute for religion. If the country is not making a cultural contribution to the European noosphere, it is strange to count on emotional response. The Russians have calculated it all very accurately by pouring in huge amounts of money to the promotion of their arts in Europe. So our cultural exports need to be a matter of national security. If you wish to deal with the European or American class of intellectuals, you surely need to export cool culture. The western consumer has to know that the country of good cinema and literature was attacked by a barbarian horde.