No Ukrainian serviceman was killed or wounded in action in the ATO zone yesterday, reported Ukrainian Ministry of Defense spokesman on ATO Colonel Andriy Lysenko at a press briefing at Ukraine Crisis Media Center.

Several residential buildings were damaged in militants’ attacks in Mariupol sector. “Moreover, our Maryinka checkpoint in Donetsk–Zaporizhzhia road came under hostile fire. One civilian was wounded. He said he was a volunteer,” said the spokesman. Maryinka and Pavlopil–Shyrokyne frontline remain the main flashpoints in this sector. Militants’ snipers were active in Maryinka in the morning, and insurgents were repeatedly shooting from various directions with grenade launchers and APC weapons in the evening. Russian proxies used portable rocket launcher system “Grad-Partizan” in Shyrokyne once. They shelled Krasnohorivka with grenade launchers. “Russian proxies conducted a total of fourteen ceasefire violations in Mariupol sector yesterday,” added the spokesman. 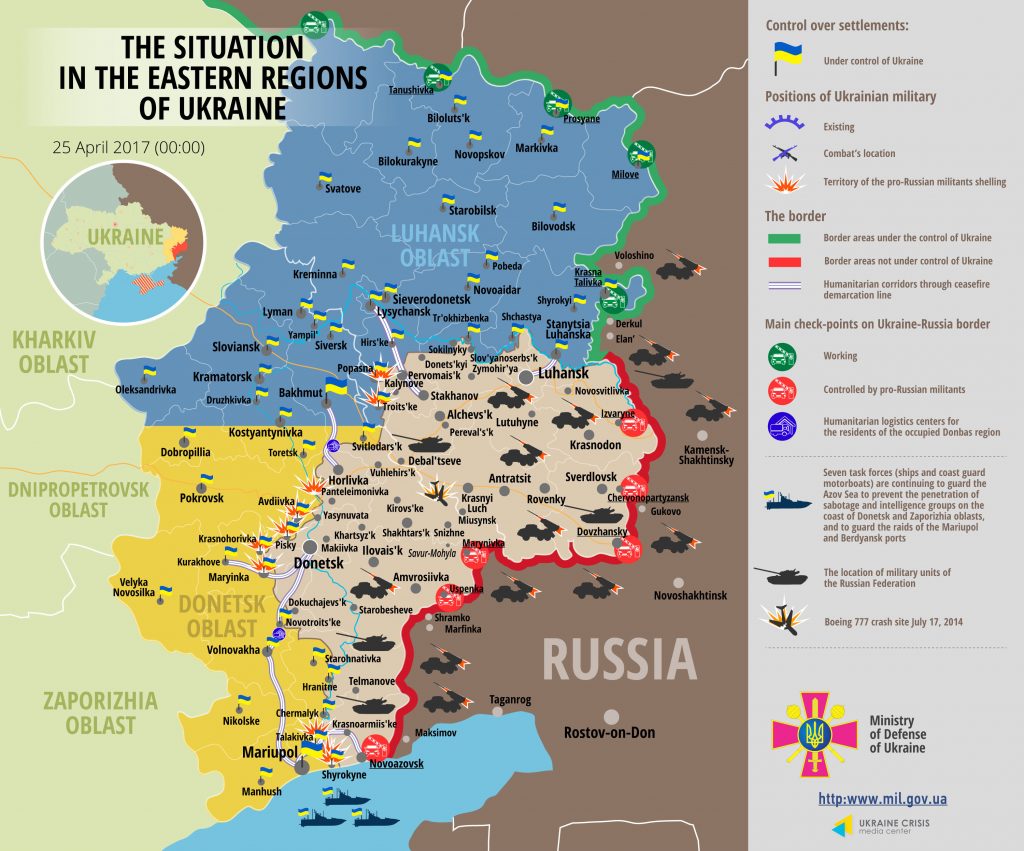 In Luhansk sector militants conducted armed provocation in Novooleksandrivka and used grenade launchers in Troitske. Both episodes of ceasefire violation took place in the evening and lasted less than an hour.

Report on the military developments as of April 24 is available here. Interactive data on the shelling: chronology shelling chart and the interactive map.