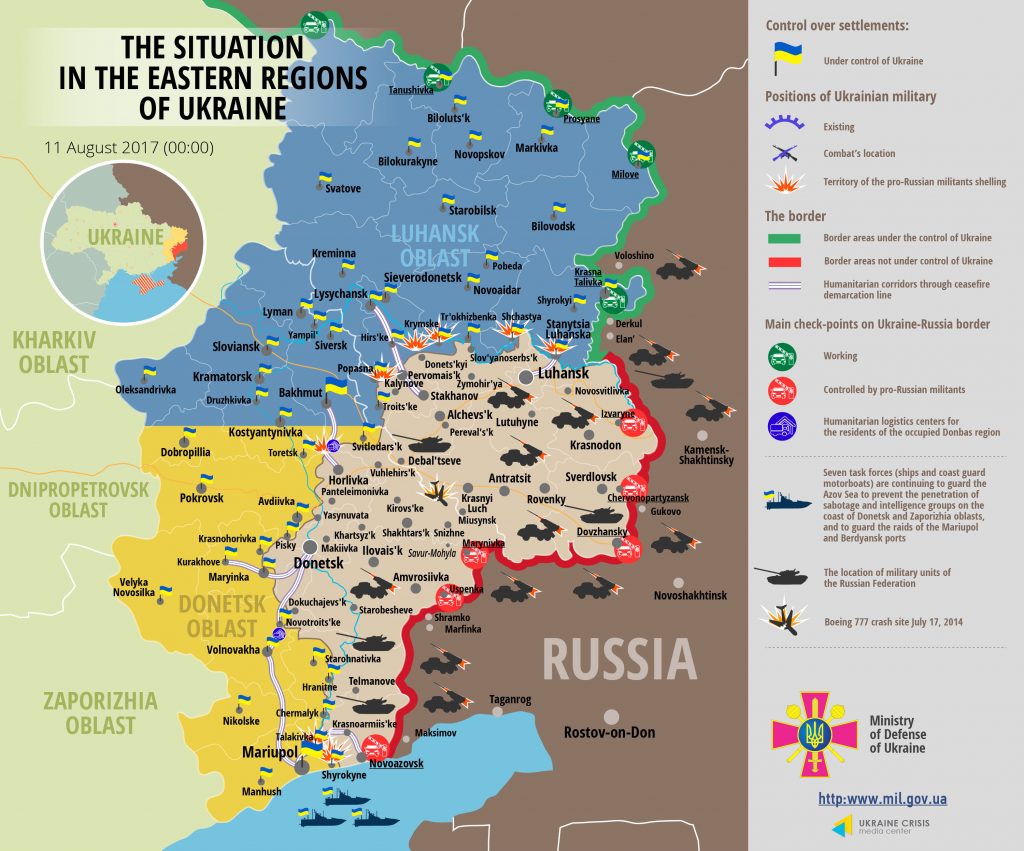 In Luhansk sector, militants attacked Novotoshkivske with mortars and grenades around 14:00. Following this, the ceasefire held in the contact line. Russian proxies were active in some areas of the sector between 21:00 and 00:00. “Militants conducted a medium intensity mortar shelling in Krymske.  The enemy used small arms twice in Stanytsia Luhanska and employed grenade launchers in Stanytsia Luhanska and Novooleksandrivka. Ukrainian troops returned fire in response to the enemy’s provocations,” said the spokesman.

In Donetsk sector Russia-backed militants violated the ceasefire only once, attacking Ukrainian positions near Maiorsk with machine guns.

Report on the military developments as of August 10 is available here. Interactive data on the shelling: chronology shelling chart and the interactive map.