Ukrainian troops incurred no fatal casualties over the last day, one serviceman was wounded in action near Avdiivka, said Ukrainian Ministry of Defense spokesman on ATO Colonel Andriy Lysenko at a press-briefing at Ukraine Crisis Media Center. 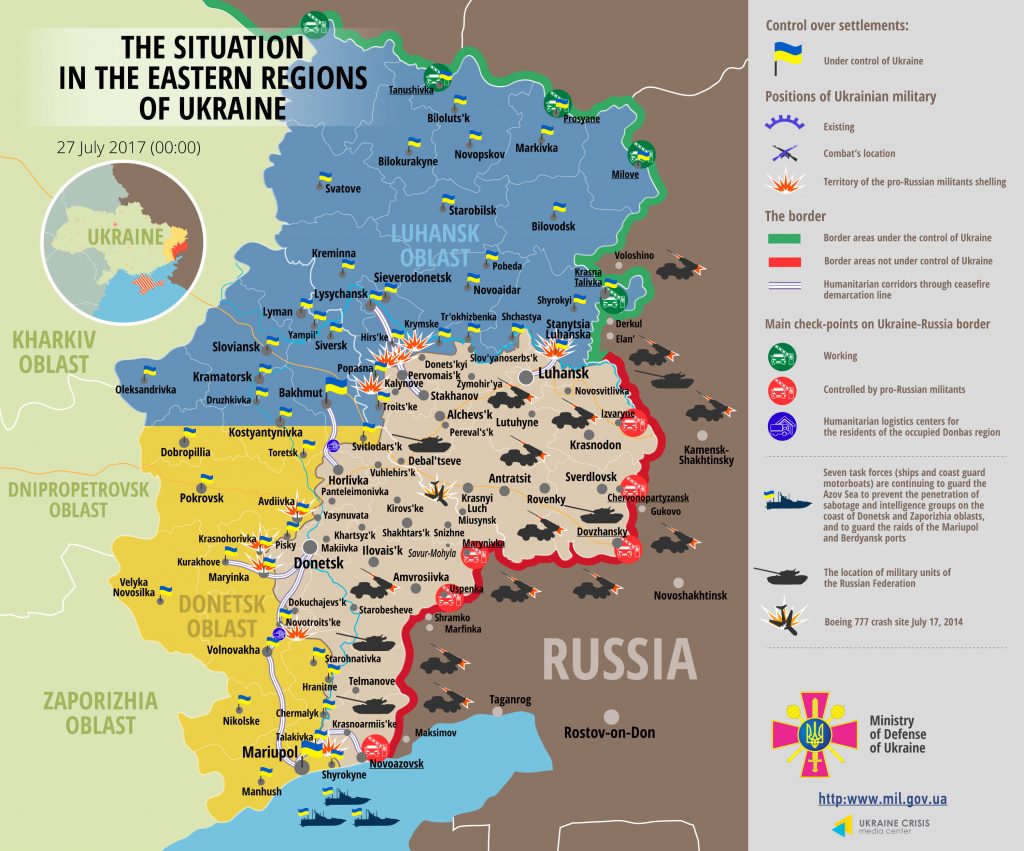 In Mariupol sector, the tensest situation was near Maryinka. “Before the sunrise militants twice shelled Ukrainian positions in Krasnohorivka with mortars firing 10 rounds during each attack. Militants made a third, less intense attack, in the second half of the day,” reported the spokesman. Russia-backed militants were attacking Maryinka with grenade launchers and small arms after 22:00 for 30 minutes. Militants also violated the ceasefire twice in Mykolayivka and Vodiane. “Ukrainian troops returned fire in response to all the six hostile attacks in Mariupol sector, using only light weapons not prohibited by the Minsk agreements,” Colonel Lysenko added.

In Donetsk sector, Avdiivka was the only place where hostilities took place yesterday. One-hour attacks took place in the morning as well as before the sunset and after 23:00. “The enemy used grenade launchers and large-caliber machine guns. Ukrainian troops returned fired during the morning and nighttime hostile attacks,” Colonel Lysenko said.

Report on the military developments as of July 26 is available here. Interactive data on the shelling: chronology shelling chart and the interactive map.