The geography of military action in the ATO zone somewhat expanded in Mariupol sector yesterday. “As usual, the enemy conducted most of its ceasefire violations near the sector’s southern boundary. However, militants have also violated the ceasefire in Maryinka and Starohnativka,” reported Ukrainian Ministry of Defense spokesman on ATO Colonel Andriy Lysenko, at a press briefing at Ukraine Crisis Media Center.  In the south, the hot spots were Pavlopil, Hnutove, Talakivka, Lebedynske, Vodiane, and Shyrokyne. The militants used mortars in the three former areas. The most intense attack took place in Talakivka where Rusian proxies fired about 15 mortar rounds. In general, militants conducted 19 attacks in Mariupol sector. 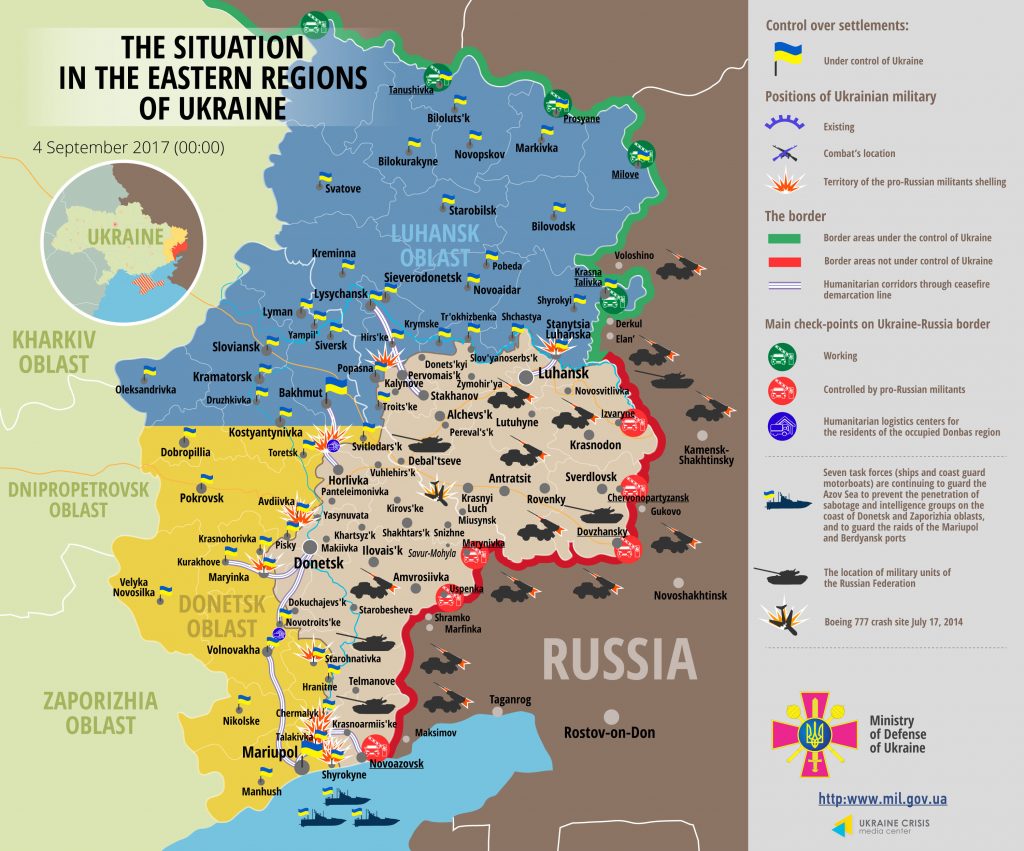 In Donetsk sector, militants maintained their activity at the occupied territories of Horlivka (Zaitseve and Mayorsk), and outskirts of Avdiyivka. Pro-Russian troops opened small arms fire and used grenade launchers at night, as well as during the day. “Meanwhile, the militants actively used infantry fighting vehicles in the morning and at night on the northern outskirts of Horlivka. Russian proxies also fired 15 mortar rounds in Zaytseve at the dawn”, elaborated Col. Lysenko. In general, militants violated the ceasefire 23 times in Donetsk sector.

No Ukrainian serviceman was killed yesterday, but one soldier wounded in action yesterday near Maryinka.

Report on the military developments as of September 3 is available here. Interactive data on the shelling: chronology shelling chart and the interactive map.