In southern Mariupol sector militants opened fire at almost every Ukrainian stronghold using a wide range of armament from sniper rifles to mortars. Yesterday they most often fired at Pavlopil and Hnutove. Overall, there were 15 shooting attacks, the highest rate across the front. This was reported by Oleksandr Motuzyanyk, Ukrainian Ministry of Defense spokesperson on ATO, at a press briefing held at Ukraine Crisis Media Center.

Russian proxies became more active in Maryinka district. “In addition to brief mortar attacks during which militants fire a few rounds and then run away, fearing fire in response, there was a number of provocations with the use of light weapons and armored vehicles in the afternoon,” said Col. Motuzyanyk. Overall, militants attacked 32 times; six attacks involved heavy weapons. They fired about 30 rounds. 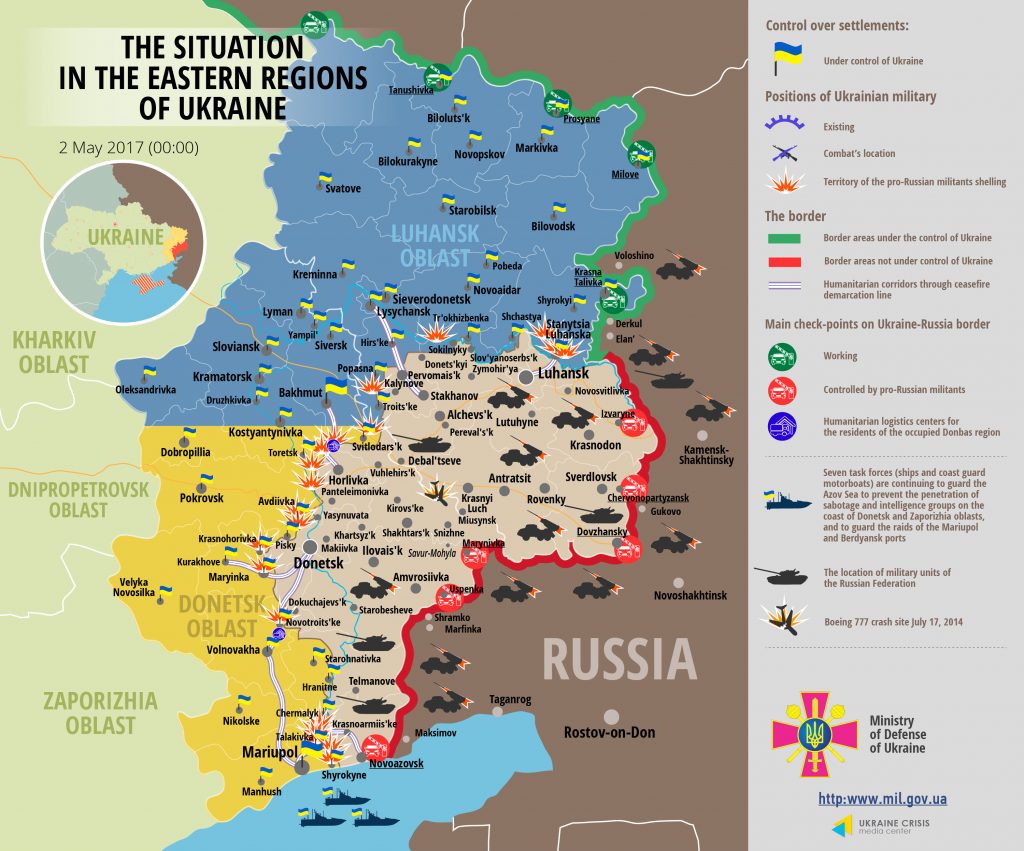 It is restless in Svitlodarsk area in Donetsk sector. Militants began shelling early in the morning and significantly increased fire in the evening. They used armored vehicles and mortars. “In Zaitseve and Verkhniotoretske the enemy used heavy weapons,” added Col. Motuzyanyk. In Avdiivka fighting began after 17:00 and did not stop until midnight. Militants several times opened mortar fire from three different directions. “One shelling happened at Shakhta Butovka. In Donetsk airport, it was quiet yesterday,” said Col. Motuzyanyk. Overall, the enemy opened fire 17 times in Donetsk sector yesterday. Militants used heavy weapons seven times, with a total of about 80 rounds fired.

Report on the military developments as of May 1 is available here. Interactive data on the shelling: chronology shelling chart and the interactive map.