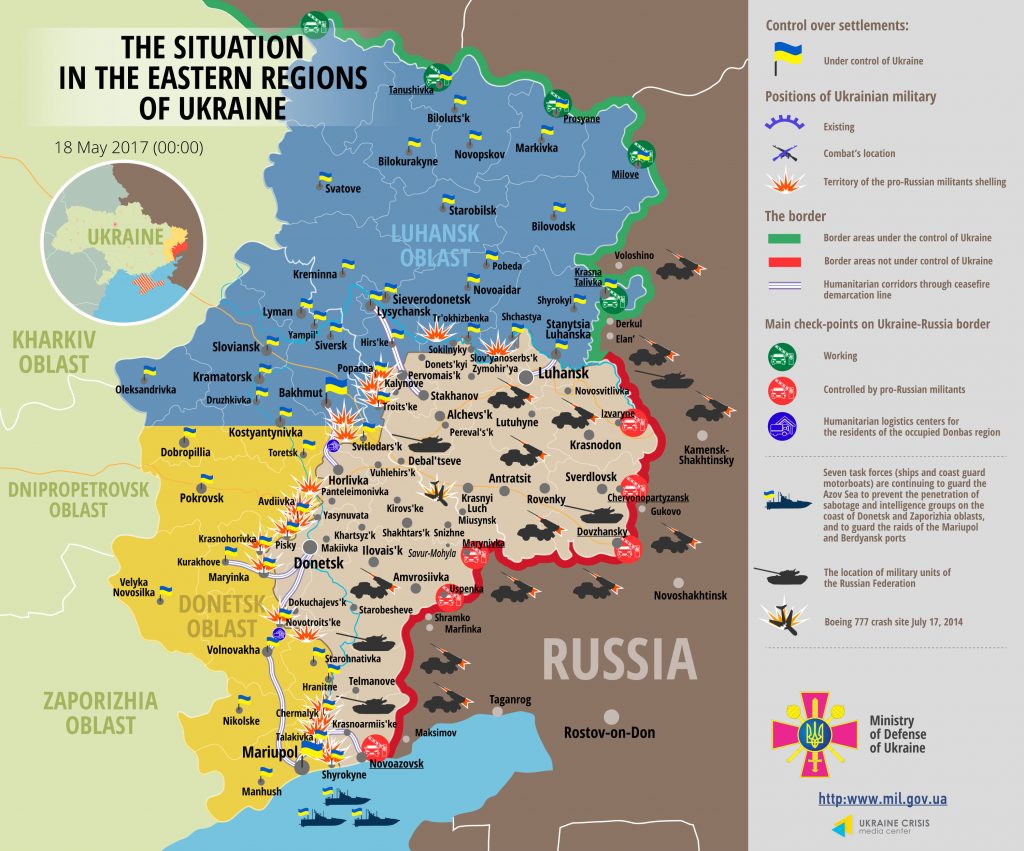 In Luhansk sector militants conducted 13 ceasefire violations, using mortars five times. They were attacking Krymske from five various directions during the night till 08:00, three of these attacks involved 82-mm and 120-mm mortars. The ceasefire held during the day in all areas, but after 18:00 militants attacked Lobacheve, Novozvanivka and Troitske with small arms and shelled Novooleksandrivka with mortars.

Report on the military developments as of May 17 is available here. Interactive data on the shelling: chronology shelling chart and the interactive map.