Yesterday, Russia-backed militants delivered 63 precision attacks in eastern Ukraine and used heavy mortars and artillery in some of them. “Attacks were recorded all along the contact line; the militants maintain the previously established intensity of hostilities,” reported Ministry of Defense spokesman Colonel Dmytro Hutsulyak at a press briefing at Ukraine Crisis Media Center. 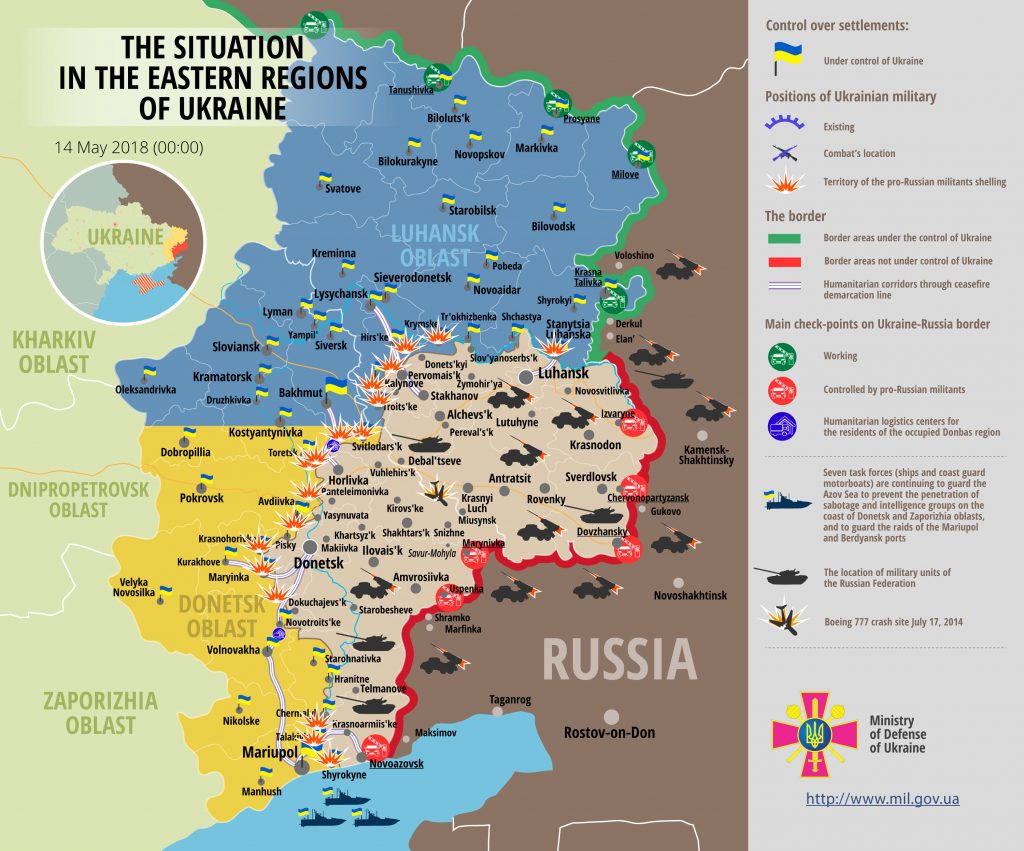 Between 00:00 and 11:00 of May 14, Russian proxies delivered 13 precision attacks on Ukrainian positions. They used 120-mm mortars near Zaitseve and Zalizne, and 82-mm mortars in Zolote and Pisky areas, having fired a total of 50 mortar rounds. “Ukrainian positions near Zaitseve, Katerynivka, Novozvanivka (Luhansk sector), and Vodiane, Hnutove, Pisky, and Pishchevyk (Donetsk sector) came under the fire of hostile small arms, grenade launchers, and IFVs’ mounted weapons,” Ministry of Defense spokesman noted.

Report on the military developments as of May 13 is available here. Interactive data on the shelling: chronology shelling chart and the interactive map.