Unfortunately, three Ukrainian troops were wounded in action over the last day. 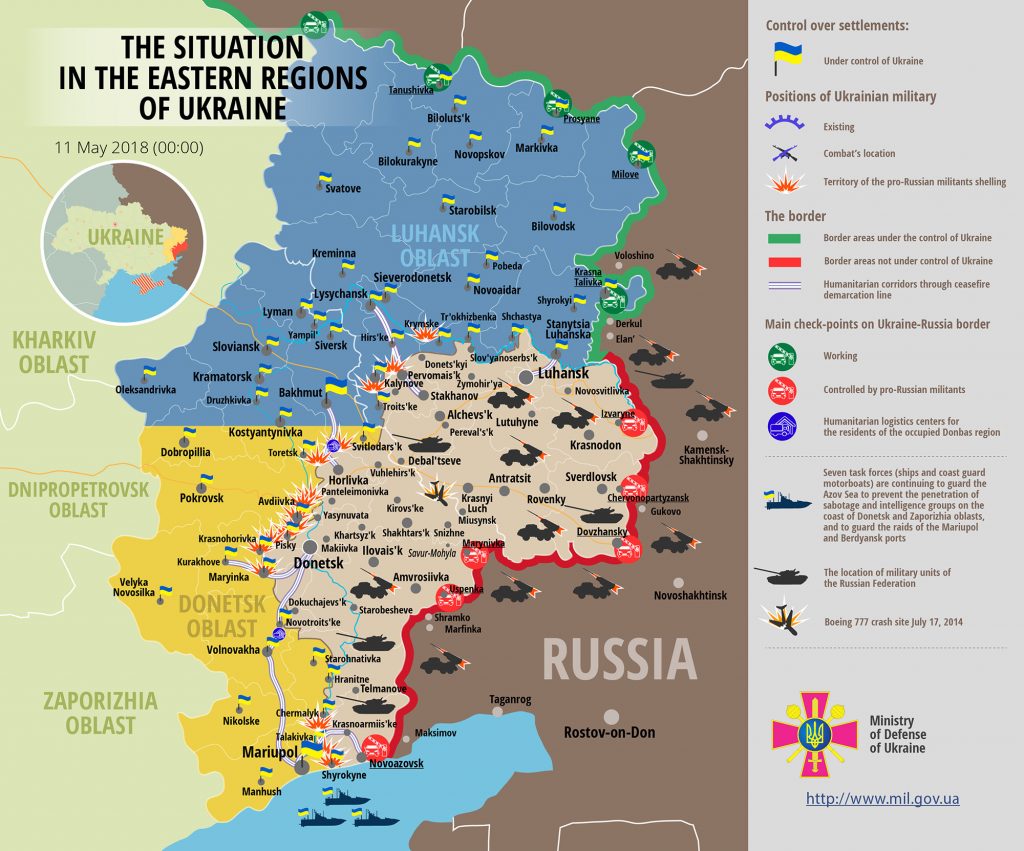 In the morning on May 11, Russia-backed militants have already made nine precision attacks on Ukrainian troops’ positions. “They were making provocative attacks involving heavy machine guns and small arms outside Maryinka and Shyrokyne, Novozvanivka (3) and Vodiane (3). Ukrainian troops returned fire five times using small arms,” the Ministry of Defense spokesperson added. As of 11:00 no losses were recorded.

Report on the military developments as of May 10 is available here. Interactive data on the shelling: chronology shelling chart and the interactive map.